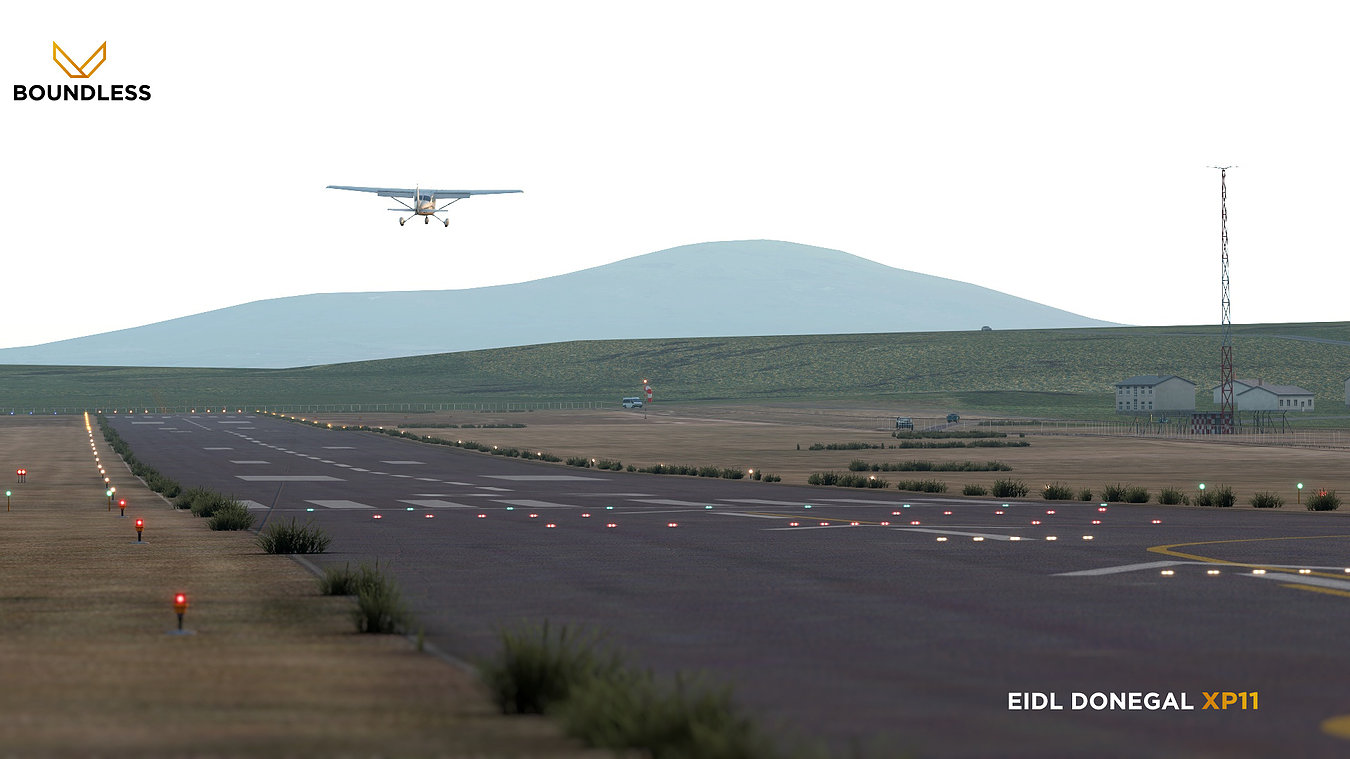 One of two Donegal recreations in the news at the moment for X-Plane, Boundless have acted first to release their scenery, which is available for free.

"Welcome to Donegal! It's easy to see why this was voted one of the world's most scenic airports!" the developer says. "Set in the North West of Ireland, Donegal boasts immense coastal views. The entire airport has been carefully recreated with no details spared."

"We've included features most commonly found in payware products, such as brand new 2020 HD Ortho, as well as custom animated objects and airport vehicles. As with all our work, no third party libraries are required."

This first rendition of Donegal for X-Plane is expected to be followed by Axonos' own recreation of the airport in short order. Initially, it appeared as though the scenery would be payware, though the developer later backtracked on that statement.