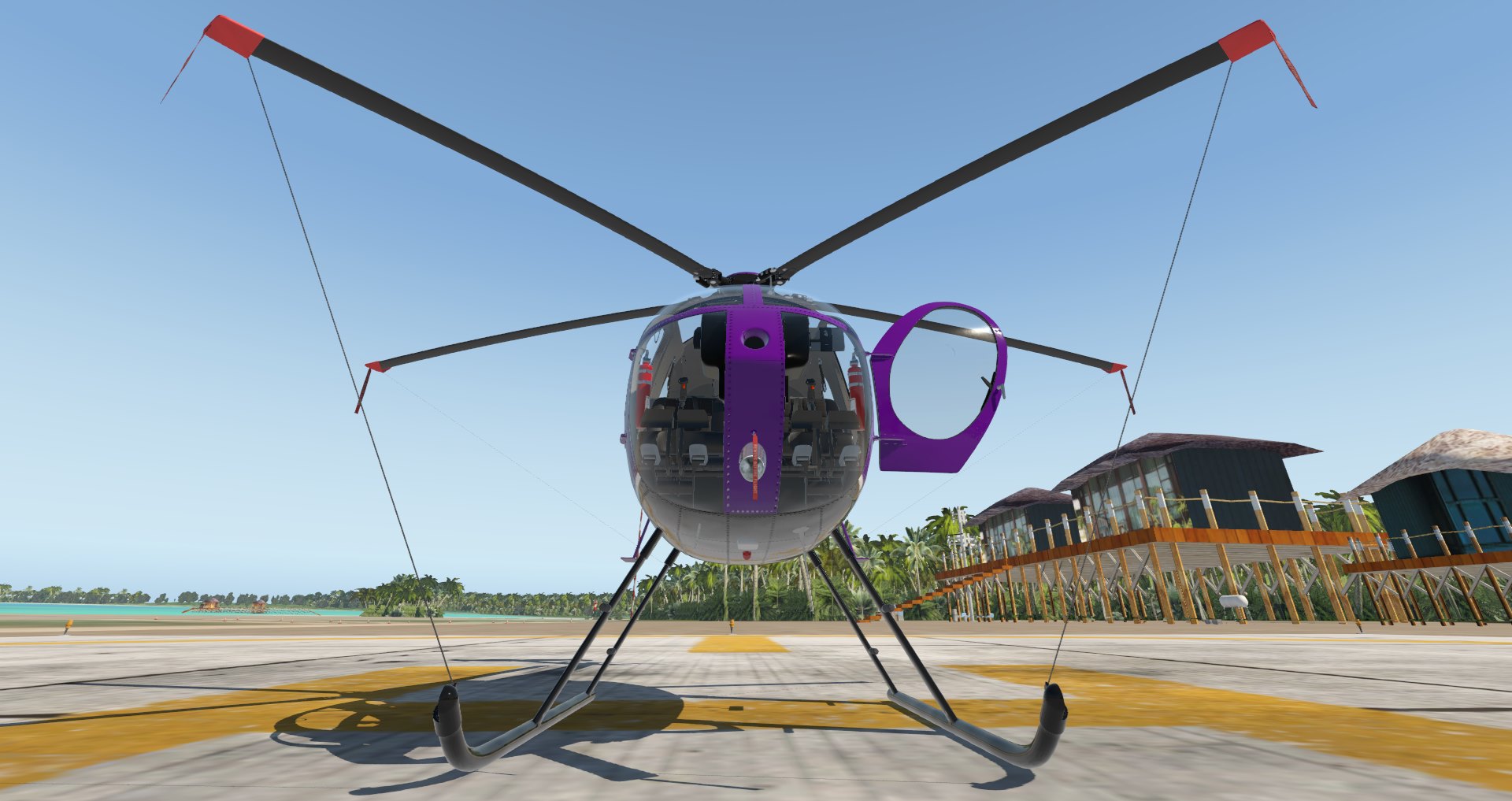 Less than two weeks after having announced their rotorcraft add-on for X-Plane 11, Cowan Simulation has just announced the release of the MD Helicopter MD 500E.

The MD 500 was originally developed from the Hugues 500 in the 1960s. The light helicopter is currently still being produced and being used all over the world in both military and civilian versions. The MD 500E on which Cowan Simulation has based their model is an executive version of the aircraft featuring a recentered nose.

The add-on features an FMOD sound pack, PBR textures available in both 2K and 4K versions, window rain effects and much more. Here is the feature list provided by the developer:

Cowan Simulation’s MD 500E is now available on the developer’s website for $24.95 and is compatible with macOS, Windows and Linux.

Thanks to Threshold Discord user robbietp1 for informing us of this release.