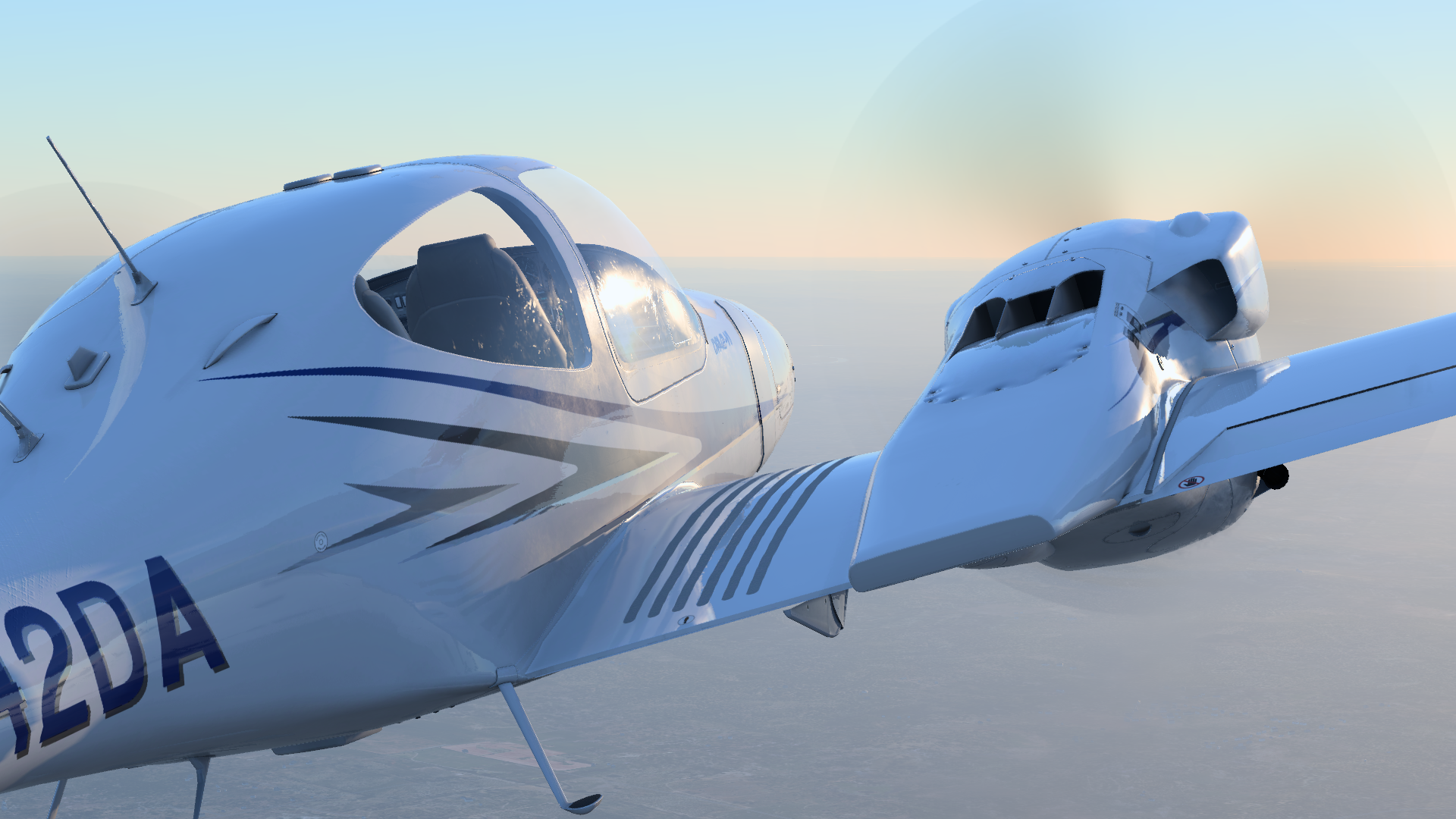 The flight simulation community has seen the emergence of a new developer group, CreatorOfWorldS (COWS). The team has generated significant interest with their first product in production, the Diamond DA42 aircraft, a highly detailed and accurate replica of the aircraft. Early previews of the product have generated excitement among enthusiasts and professionals alike when shared on social media. Their first public appearance was under another name. We covered the quartet of developers "Simmy Aircraft" for their first debut in an earlier article.

COWS has stated that their primary goal is to provide products that will aid in training and simulation opportunities for students and consumers. They have put a lot of effort into replicating the flight behaviour and systems through real aircraft testing and feedback. The development team comprises four members, one of which is Mitchell, who is in charge of creating the meticulously crafted 3D model of the plane. He had direct access to a DA42 throughout the development process, which means that everything about the model has been created based on manuals, pictures, first-hand experience, and a lot of passion for the project.

Another team member, Jacob, is responsible for everything under the hood. He has carefully recreated the flight model, electrics, fuel, engine control units, and de-ice system based on the aircraft's manuals and first-hand experience flying the real-life counterparts. The flight model has been tuned to match performance tables accurately, and the result is so close to the real plane that it can be handled just as it would in the real world.

Boris is in charge of creating the sounds for the aircraft. He is known for his work in the flight simulation community, being in charge of audio at FlyByWire, the FlightFX Vision Jet and having created sound packs for the Cirrus SR-22 in Microsoft Flight Simulator. To create realistic sounds for the COWS' DA42, Boris has recorded real aircraft sounds and incorporated them into the simulator to ensure a truly immersive user experience. With Peter at the helms of reason, administrative tasks, branding and 3D work assistance, the four members sum up the current team.

The COWS DA42 is equipped with a fully custom Garmin G1000NXi avionics system. This system has been created using a combination of manuals, first-hand experience, and Garmin software in order to make it as accurate as possible to the real-world version of the system. The system includes simulation of many of the features of the real Garmin, such as the GPS satellite constellation, profile saving and copying, persistent settings, and system statuses. The system also includes simulations of other systems, such as the PFD, AHRS, ADC, GTX335R, and GMU. Currently, the only features that remain to be added to the simulation are custom flight planning with custom LNAV/VNAV and maps. The system also has the capability to remember user settings. It allows for per-livery, and per-aircraft configurations, giving users the ability to customise their avionics package to their preferences.

The video is a demonstration of the fully custom G1000NXi from COWS own press release.

The development is still ongoing, and the team is working hard to bring the DA42s to the flight simulation community. No timeline is given, but they are dedicated to ensuring no stone is left unturned and bringing the best DA42s they can offer their users. However, as the team put it, it will take them a little more time to finish everything and ensure everything is perfect. In their press release, COWS mention that their next project will be the DA40-180 XLS, after their DA42 series.

To follow their progress, you can join their discord.