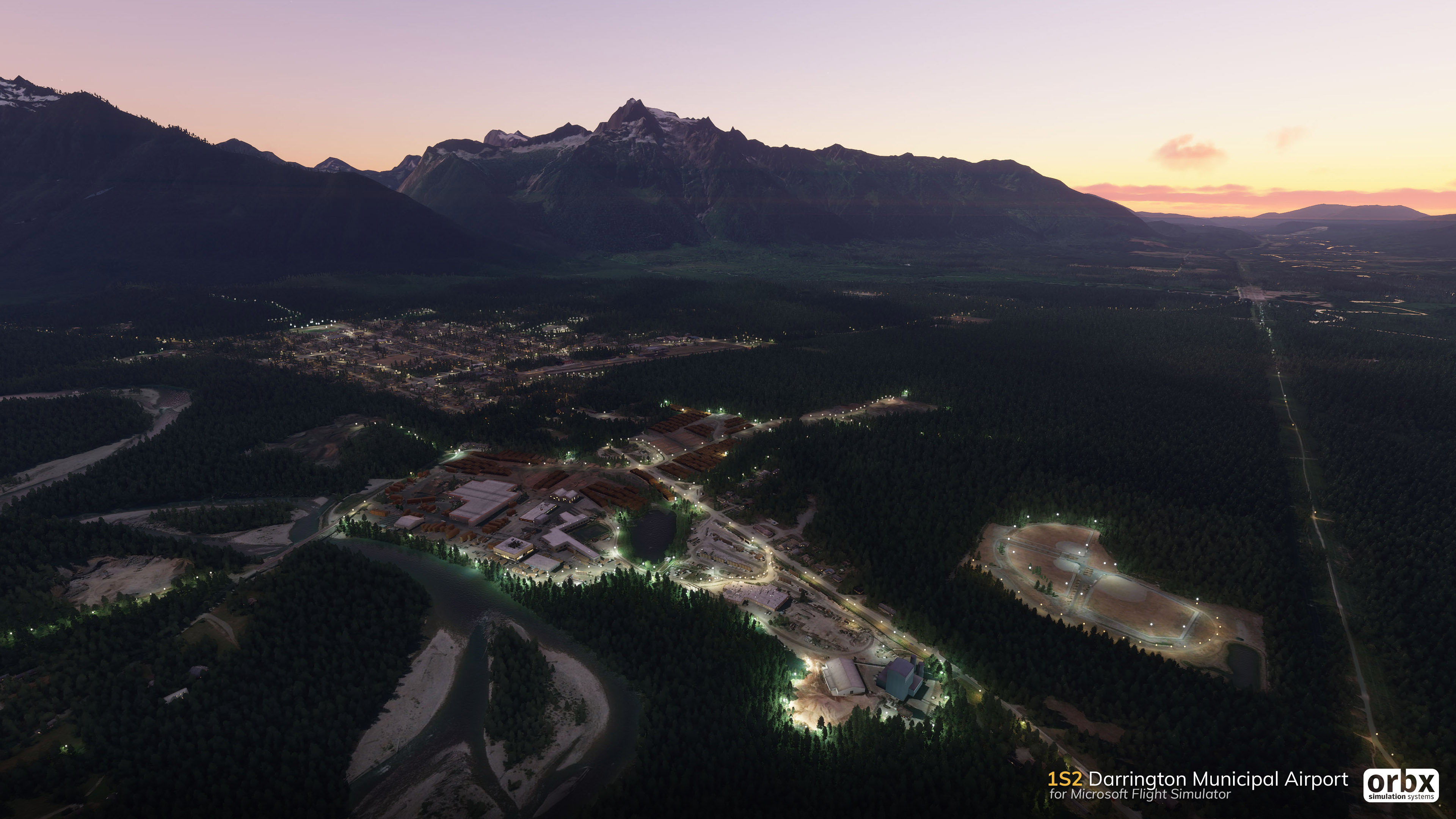 Another of Orbx's Pacific Northwest sceneries is coming to Microsoft Flight Simulator, as today the group announced Darrington Municipal is on short final for release.

This is the latest in developer Andreas Hegi's series in the Pacific Northwest, following Orca's Island - also in Washington state - which released on the simulator's launch day.

"A totally new rework of one of our most popular PNW sceneries from the FSX era, Andreas has incorporated entirely new content and technology to bring the airport up to 2020 standards," the post reads.

"Complete PBR textures, entirely new high-resolution artwork, weather-influenced ground detailing and evocative night lighting are just the beginning. This is far beyond a simple port; every element has been carefully recreated from on-ground source photography."

"Beyond the airport perimeter, the township is teaming with atmospheric details; plenty of points of interest dot the town, as well as substantial corrections to the river watermasking, tree placements and grass around the airport."

Owners of Darrington for X-Plane 11 or Prepar3D will be eligible to receive a 40% discount when purchasing the scenery - priced at $12.99 USD - from OrbxDirect.

See the announcement post on the Orbx Forum here.