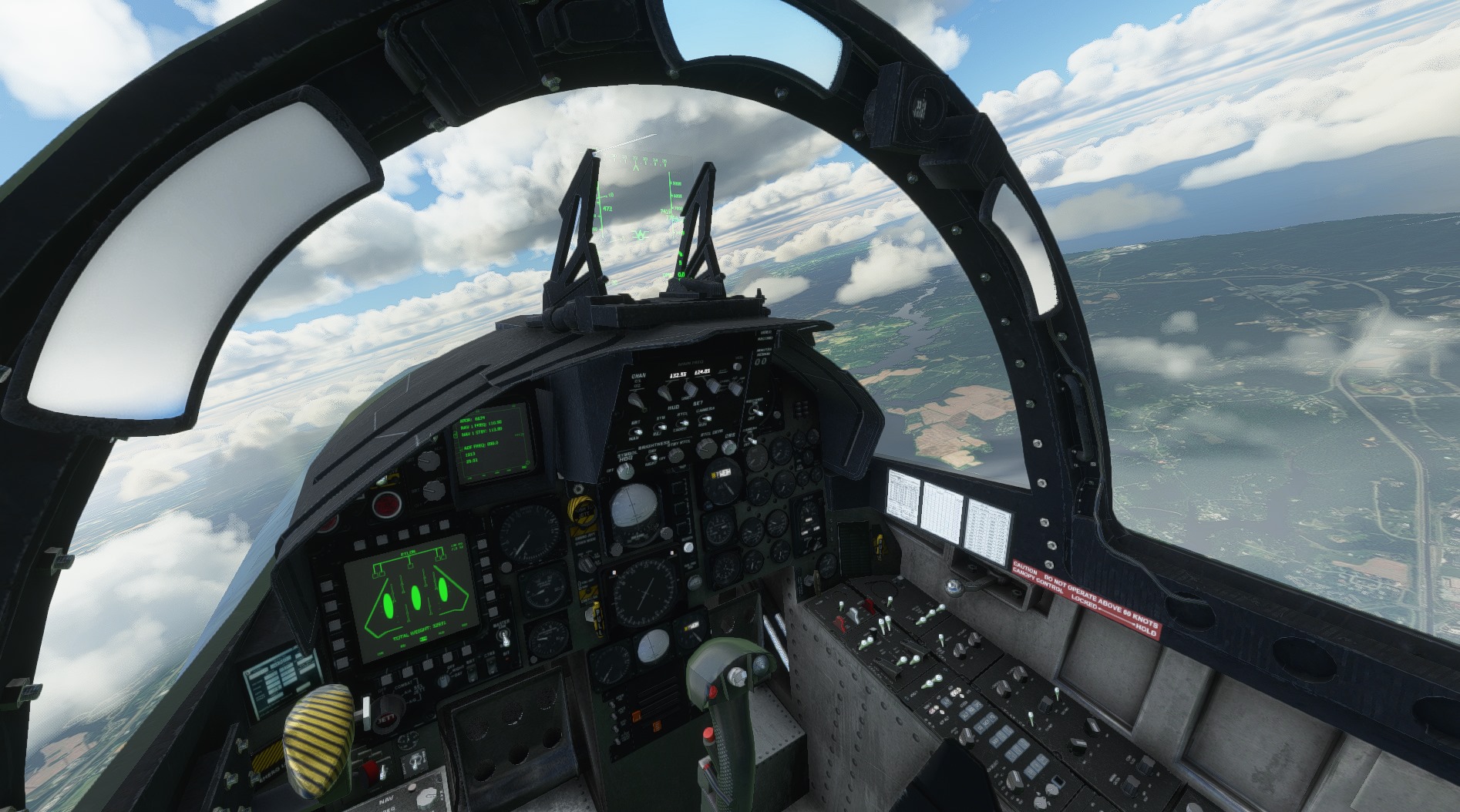 The post, titled “Friday Update”, shines a light on major F-15 updates, the modeling work of Blackbushe Airport, and the development of the Stearman biplane.

First, the post talks about DC Design’s rendition of the F-15 Eagle for MFS. According to the developers, the recently released F15 update has brought “overwhelmingly positive” feedback from the community. A second patch, which will bring “bug-fixes and enhancements to both modeling, texturing, and systems”, is currently being prepared and on track for release next Friday. Furthermore, the aircraft’s autopilot will receive some rework, ensuring that it can operate correctly while making it “easier to use”.

Moving on to Blackbushe Aiport, the developer disclosed that the airport’s buildings are all created by his brother Scott, who started working in the flight-sim development after a serious industrial incident rendered him unable to pursue his original career. Scott, who “has spent the past twelve months learning the ropes”, did a “tremendous job” on modeling the scenery, and the airport is set to release in late March.

Finally, the developer talks about other products he is currently/planning to work on. The Stearman biplane, a piston-engine tail-dragger, will become his first-ever product on the Microsoft Store. The biplane project, according to the developer, is a precursor to the P-47 Thunderbolt and F-14 Tomcat.

Development of the latter two products is expected to pick up pace after the completion of the F-15. Additionally, DC Designs hinted that the development for the Concorde will soon continue and the final product is expected to release sometime this year.

Threshold will keep you updated on DC Designs’ progress. For now, check out another Threshold article on the developer.