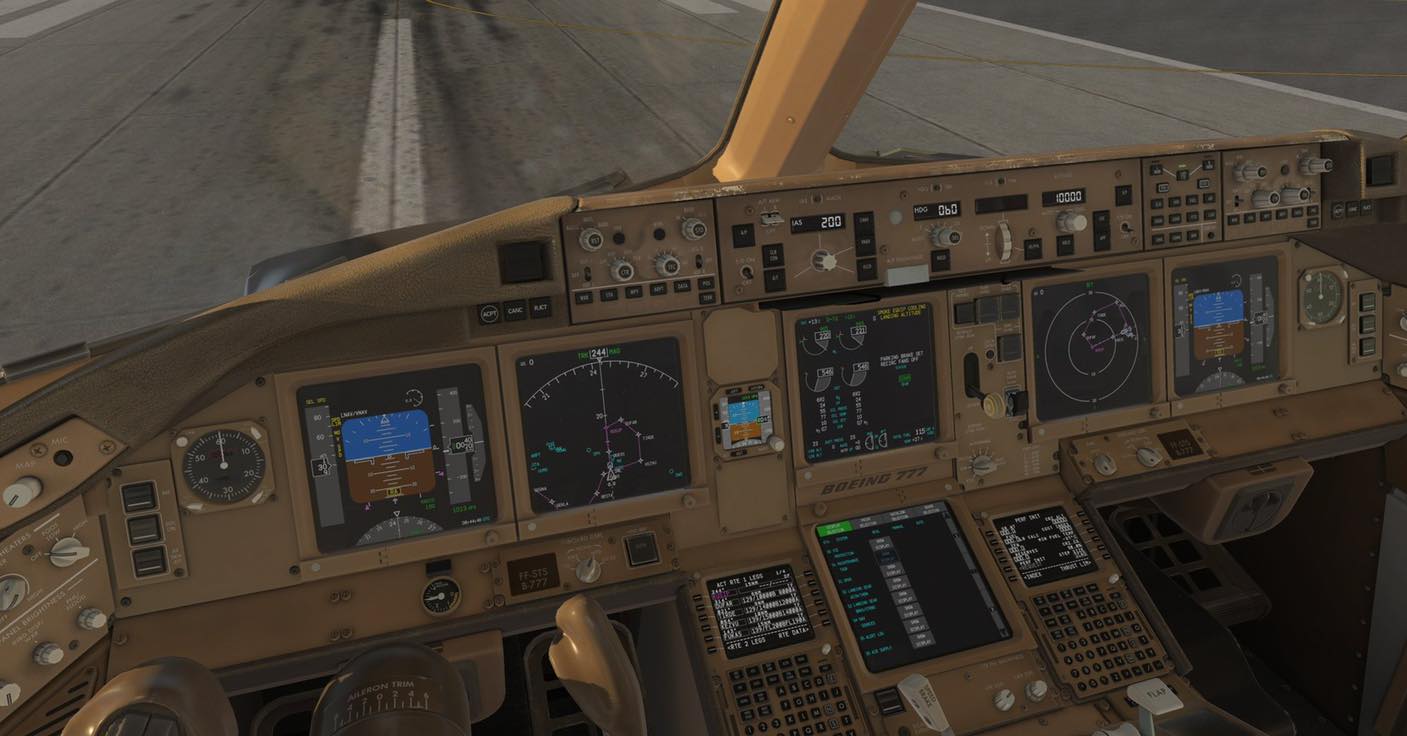 FlightFactor has taken to the X-Plane.org Forum today to share a 'comprehensive' development update covering two of their in-development aircraft as well as four other products which have already been released.

The brand's leader Ramzzess says that the 'time is right' for a holistic overview of the group's projects given the short time until X-Plane 12 becomes available.

No images were shared in this post, however, we've included screenshots from previous teasers which have been published over the past couple of months.

Addressing the 777v2 and 787 first, Ramzzess says that "the models being built [are] more complicated than anything that we have developed before, to the point of insanity."

The Flight Management System, EFB, maintenance, and sound systems all remain 'in progress' at various stages of completion.

A CPDLC system will be included with both aircraft, which at this stage is being integrated with some third party addons.

Failures will be completed on release, but at this stage FlightFactor believe that most things covered in real-world sim training are implemented. There are currently over 1000 individual failures, with 'more stuff' to be added after release.

Another unique aspect of these Boeing widebodies will be a multi-crew simulation. Ramzzess describes this as an 'enormous undertaking'. Interactions between the captain, first officer, cabin crew and ground staff will be covered, with more to be added post-release.

The first officer will be able to assist in all standard procedures on release, similar to the likes of FS2Crew products for ESP-platforms.

FlightFactor list the following as being 'basically ready for release:'

Turning attention to the A320, Ramzzess applauds the work of the Airbus team for the release of v1.3.0, which has improved FPS counts by a reported 20-50%. Before the end of the X-Plane 11 run, the team want to bring back the web browser, integrate a new weather radar and correct a number of small issues.

With X-Plane 12, however, FlightFactor plan some more significant changes, these include:

The final topic covered in the development update today are the group's other three models, the Boeing 757, 767 and Airbus A350.

These will be compatible with X-Plane 12 from the outset and will see extended support and updates through the end of version 12 or if a new version of the aircraft is rolled out -- there are no specific plans for this as yet.

A 767-400 variant is also being worked on and will be added to the various 767 packages available right now.

"It is in all respects a continuation of that line. Not a standalone model," says Ramzzess.

See the source post for this article on the X-Plane.org Forum.