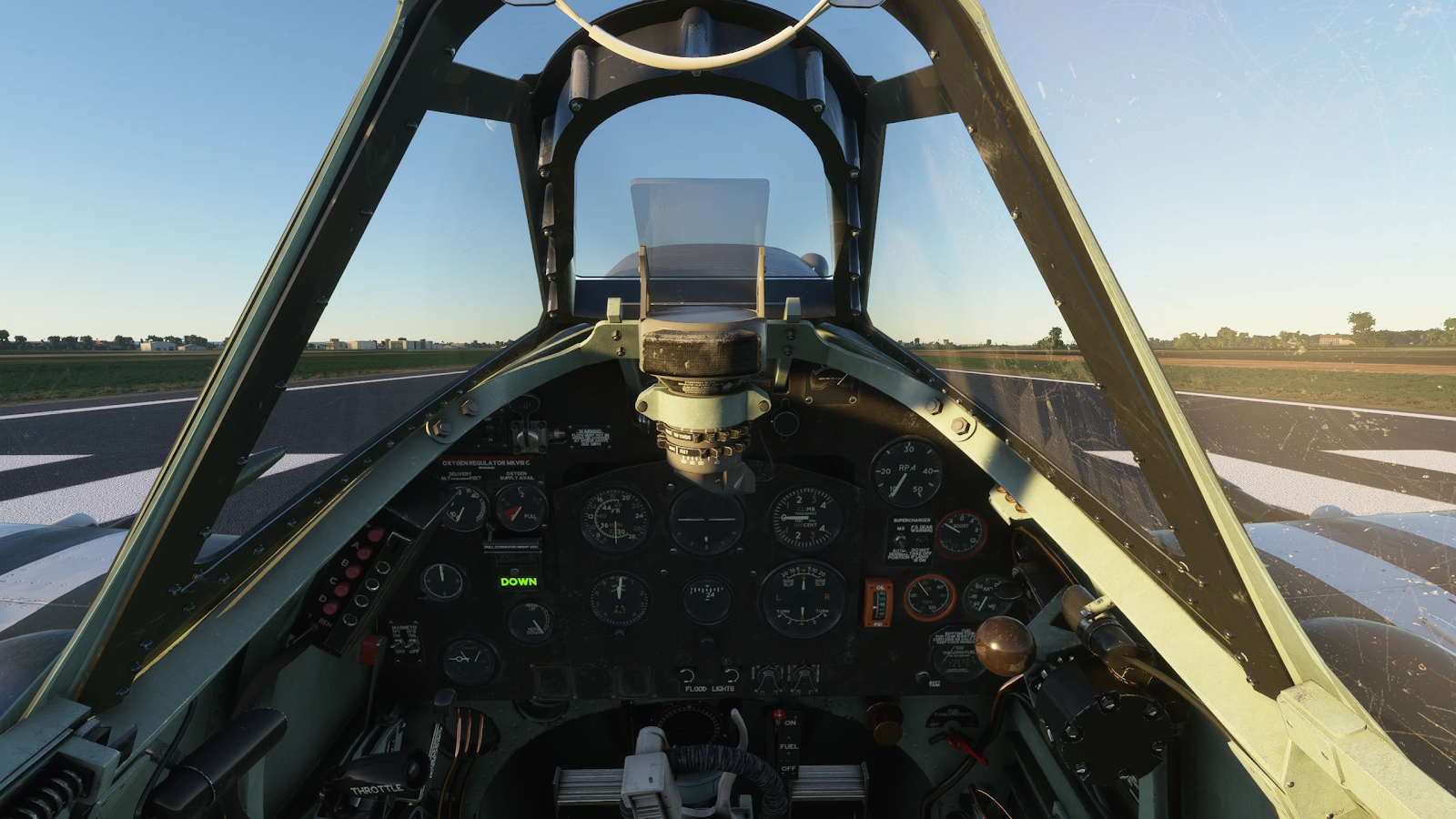 The aircraft, in the final phases of development, will include a detailed 3D-cockpit, professional Wwise sound, and historically accurate flight model.

According to the announcement, three variants of the famous Spitfire will be included: a clipped wing variant (Mk IXe), a Merlin 66 engine variant (+16lb boost), and a high attitude Merlin 70 variant (+25lb boost).

However, the developer believes that “some of the cockpit systems are not quite as detailed as [their] work in X-Plane 11” on initial release, due to the ever-shifting nature of the MFS SDK.

Currently, FlyingIron is planning to initiate a 2-week long beta-test before sending the product to Microsoft for final approval, a process which can take around 4-7 weeks before the plane can be sold on the marketplace.

However, the developers are offering users the chance to purchase and download the aircraft from their website before it goes on sale in marketplace.

As of right now, the price of the aircraft is not yet disclosed. Threshold will keep you updated on any further developments with the Spitfire.

To tide you over, check out a preview/teaser video published by the developer.