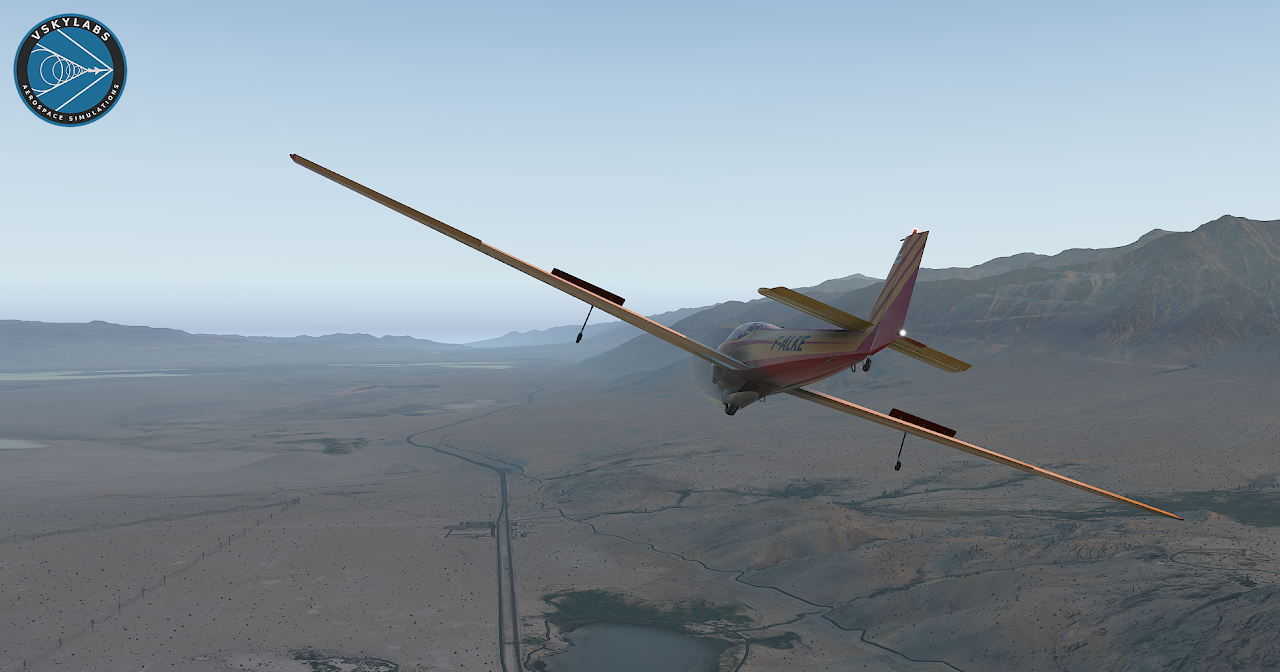 VSkyLabs has recently pushed a major update to their SF-25C Falke project, improving the add-on in various different aspects and providing users with a better representation of the aircraft and its flight dynamics. The V3 update of the aircraft includes various performance updates and introduces additional features. Key improvements include updated visuals, and a completely overhauled flight model. First released at the height of the developer’s prolific release schedule three years back in January 2018, the aircraft sees a plethora of new features and variants being added which culminated into today’s V3 release.

The SF-25 Falke (also known as the Scheibe Falke), is a german glider developed by a company formerly known as Scheibe(now Scheibe Aircraft), and was intended as a touring motor glider. The Falke’s design is based upon the older Scheibe Bergfalke, allowing it to stay in the air for multiple hours without turning on the engine. The aircraft saw many improvements over many different versions. Improvements included various airframe related enhancements and stronger engines. The aircraft that VSkyLabs has developed (the SF-25C) features a lowered wing and a stronger, 60kW(80 BHP) engine compared to the SF-25A.

Countless hours went into faithfully improving various aspects of the aircraft, improvements include a brand new FMOD sound package, and added passenger visualization. The flight model is another area to have received a lot of attention, featuring a complete overhaul to achieve a better representation of the various in-flight characteristics of the aircraft.

The full list of improvements can be found here:

The VSkyLabs Scheibe SF-25C Falke V3 is available for $25,00 on the X-plane.org store. Previous owners of the aircraft receive a free update which can be downloaded from their accounts.