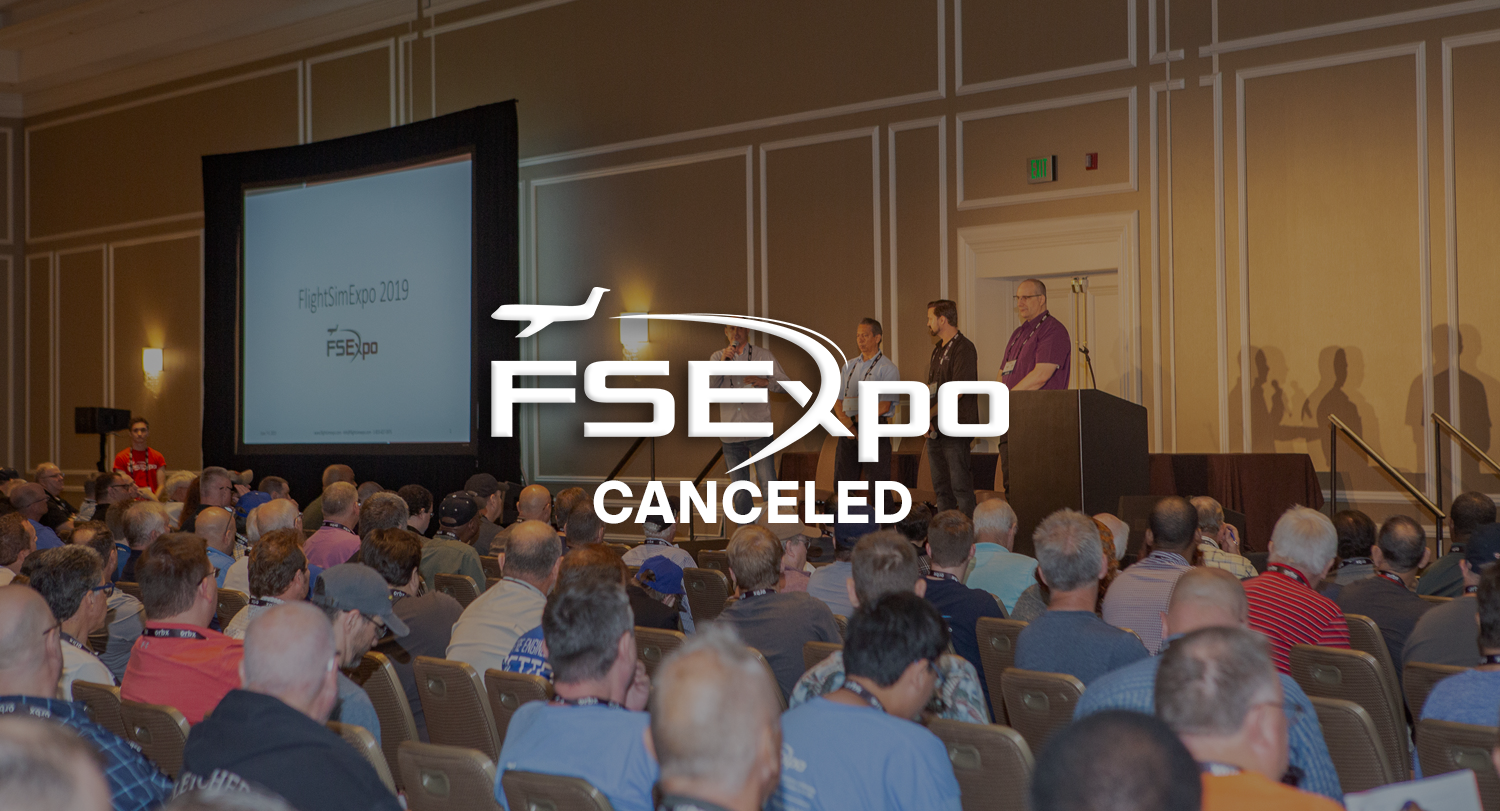 North America's primary flight simulation conference has announced that the 2020 event in Las Vegas, its third annual running, has been cancelled, Threshold has been informed.

The cancellation is due to the global coronavirus pandemic, which first shaped up to be affecting the event in late March, with a poll being put out on the cancellation of the conference.

At that time, Clark County, of which Las Vegas is a part, had a reported 249 cases of COVID-19. Two and a half weeks later, that number has jumped to 2,144, with 75 having sadly passed away (figures correct at time of writing).

Today the results of the poll were revealed in a press release to media partners and a livestreamed video to customers. It showed that 46% of registered attendees, exhibitors and partners preferred to cancel the 2020 event, slated to be held across the weekend of June 12-14 at the Tropicana Hotel.

A further 31% of participants wanted to wait until making their decisions and 23% would have liked to see the event run later in 2020.

Registered attendees, exhibitors and sponsors need to check their email accounts for information about refunds/credit vouchers. Those who are booked with the Tropicana Las Vegas are able to cancel at no charge up to 48 hours prior to check-in.

Evan Reiter, FlightSimExpo's co-founder, speaks of the company's response to the COVID-19 pandemic - "For the past several weeks, it has become increasingly evident that delivering the event the community expects is not possible. During this time, we have tried to be transparent with our partners and attendees while preserving the future sustainability of the conference. Although we’ll miss everyone this year, we look forward to using the additional planning time to make 2021 bigger and better than ever.”

FlightSimExpo had previously been criticised for it's slow response to the COVID-19 pandemic, with developer Edson Carlos of Parallel42 stating that the event should have been cancelled back in March. A similar sentiment was echoed by YouTube content creator Pete "Froogle" Wright.

Reiter added that “Fortunately, simulation is something we’re able to do in earnest from the safety of our homes,” said Evan. “Wherever you find yourself on June 12-14 this year, I hope you’ll take an hour (or more) to fire up your simulator and fly. Whether you’re joining others online or flying solo, you’re never really alone.”

The organisers have confirmed that all focus is now on the 2021 event, which is not affected by today's decision.