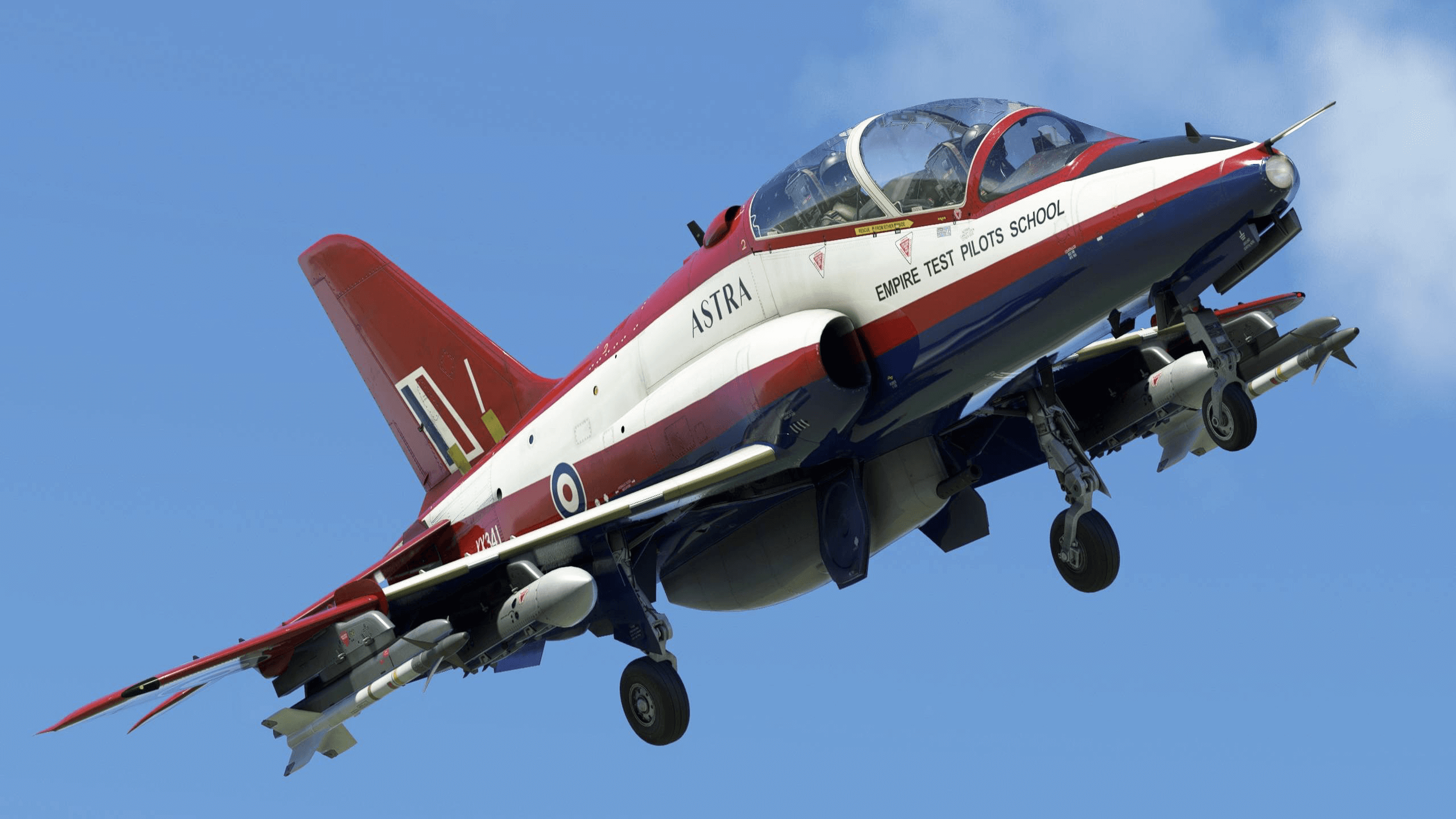 Earlier this week, Just Flight released its rendition of Hawk T1/A Advanced Trainer for Microsoft Flight Simulator that has sparked great anticipation and enthusiasm from the community ever since its announcement back in February. The aircraft will be an accurate representation of its real life counterpart, will have a detailed exterior/interior model, realistic flight systems, textures that reflect wear and tear, and custom sounds. The Hawk T1/A will become the second product in Just Flight’s MSFS aircraft line-up, following the PA-28R.

The trainer is also equipped with custom external/internal sounds, including that created by breaking the sound barrier. Finally, the aircraft will include 14 realistic liveries that depict the Hawk T1 serving in different countries and eras. A full list of features can be found on Just Flight’s website.

Currently, the product can be purchased on Just Flight’s web store for USD 49.99, excluding any sales tax that may apply. The developers recommend users to have at least 1.0 GB of free space to install the product and note that the Hawk T1/A is not compatible with the Xbox version of MSFS.