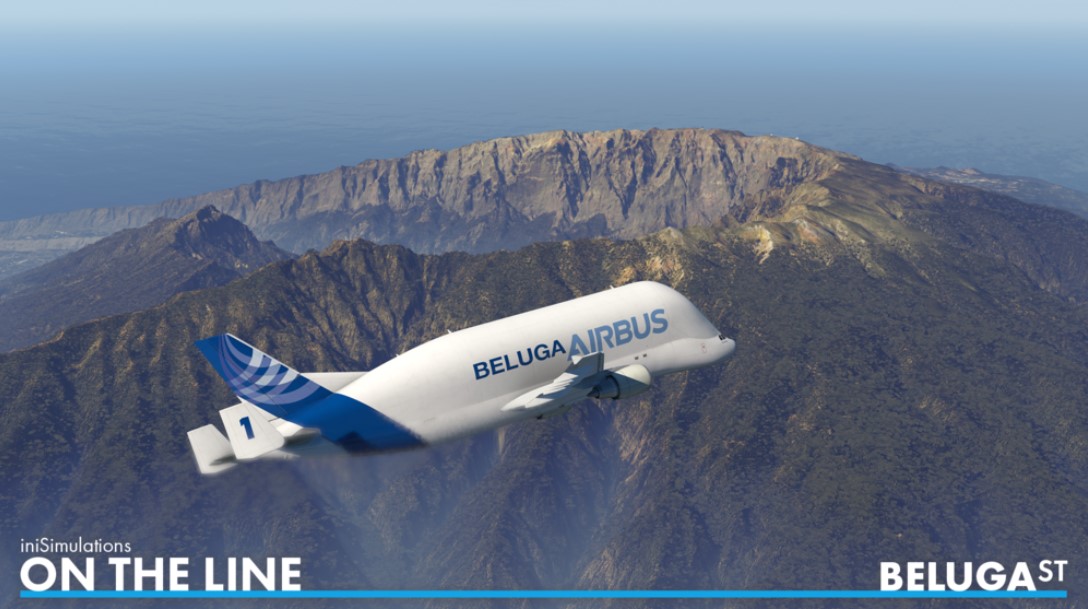 iniSimulations have released their highly anticipated A300 BelugaST for X-Plane 11, adding another incredibly detailed model to the group's fleet of aircraft. This release follows its announcement in late January, 2021.

The addon, as featured in previews from content creators, has been detailed to extreme realism, including a full fledged cargo loader complete with a modelled cargo bay and operation panel along with reworked texturing in the cockpit. This rendition of the aircraft also comes with brand new features which include SimBrief integration and take-off and landing data cards.

Alongside the release of the aircraft itself, the developer is also working alongside Saso Kiselkov to bring an update to Better Pushback. iniBuilds has supplied the developer with a tug model utilising a tow bar to make the plugin more compatible with the Beluga model. This update is expected to release within the next few days.

You can check out iniSimulation’s Official Trailer for the aircraft below:

This is the team’s second released aircraft addon for X-Plane, with both the A310-300 and the A380-800 on the horizon. As the plane in the real world is an extension of the A300-600 aircraft, the cockpit is the exact same meaning owners used to the A300 systems will be familiar with the Beluga’s. However, iniSimulations have added many features to the Beluga that they plan to introduce to their A300-600 in future updates.