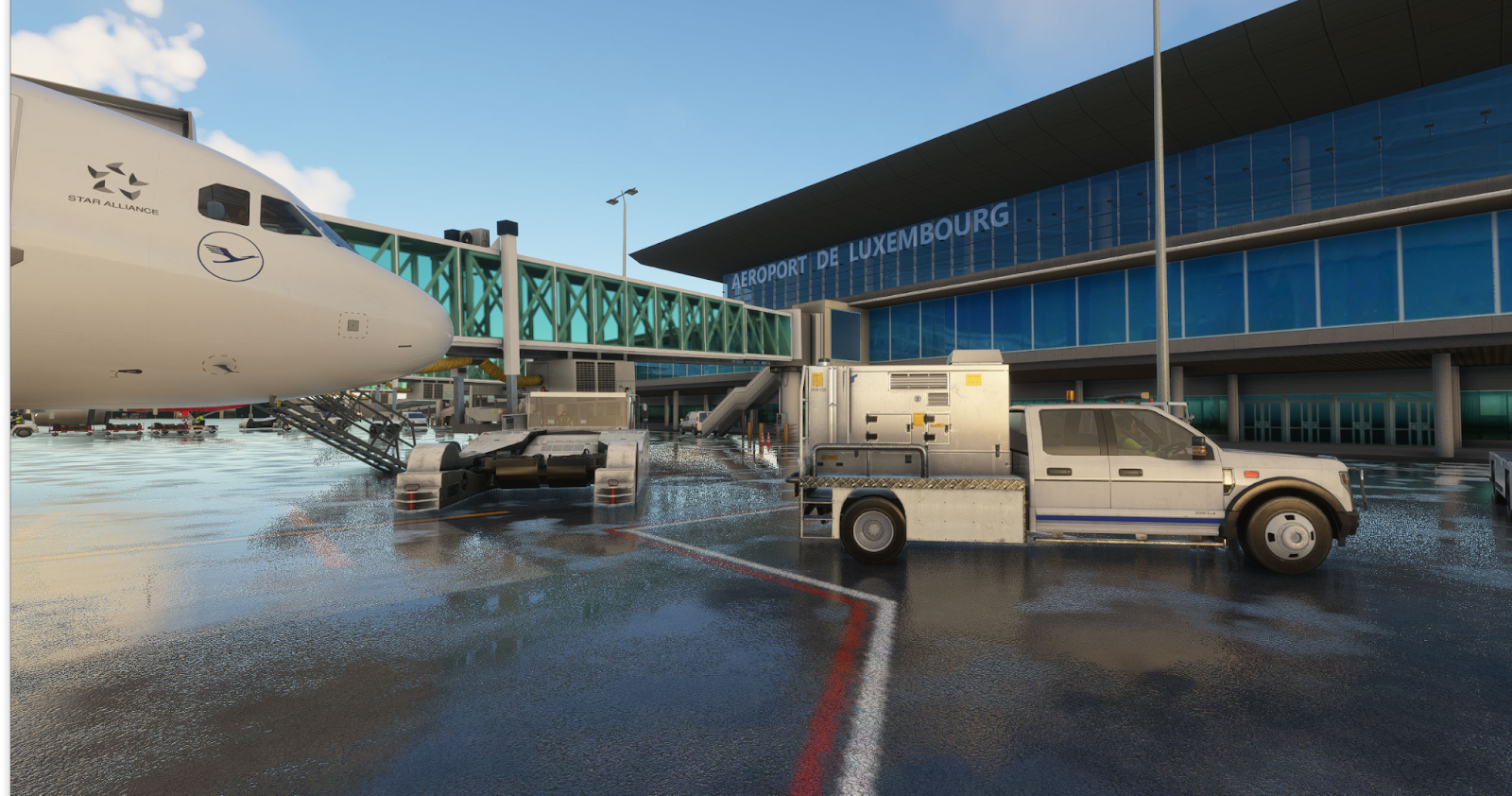 JustSim has recently come out with their second scenery in just three weeks.

They have had a spike of releases for the new simulator within the last few months, and now Luxembourg adds to the list.

The airport was designed in a very productive way by keeping optimization front of mind. Dynamic night lighting and reflection textures give the airport an immersive night environment, whilst hand-placed tiles, textures and static elements tie it all together creating an organized scenic environment.

JustSim has had many additional projects prior to Luxembourg that use the same techniques. Recent sceneries include Riga, Nice and Hannover.

JustSim has worked the majority of their time on European airports and have received very positive feedback. Low prices and high quality is the motto to which many of their projects are built off of.

Luxembourg is a smaller international airport that has a vast importance. It is a major hub to three cargo airlines: Qatar Cargo, China Airlines Cargo, and Cargolux, serving as an important connector through Europe.

The airport was opened in the 1930s and went on to serve as an airbase in Nazi-occupied Germany for the Luftwaffe. After multiple battles with French and British forces, the operations of the base halted.

The original terminal was built in 1975, opening the airport for passenger travel. Since then, a second terminal was opened in 2004 allowing for a larger capacity and to expand to more destinations.

The airport is available on simMarket, for new customers the price is €22.56 (including 20% tax).


‍Thanks to Tang0 for sharing the news on our Discord server.