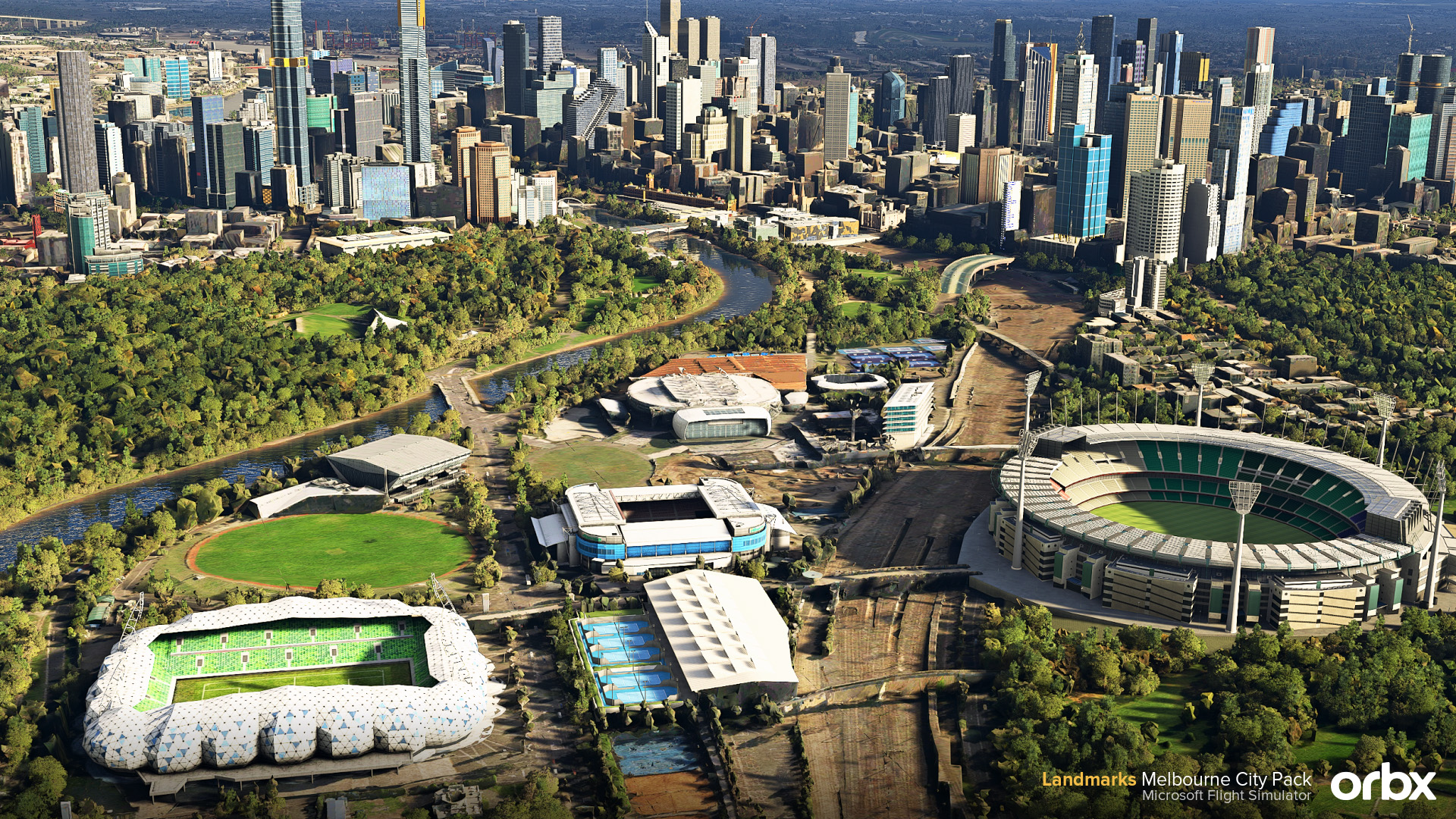 Home to the Australian Open, the Australian Grand Prix, and Orbx's Australian Headquarters, Melbourne is the group's latest destination in the Landmarks series and was made available yesterday.

The product boasts another 200 points of interest over the simulator's default skyline from World Update 7 -- which Orbx also had a hand in creating.

"Welcome to the cultural and sports capital of Australia and the hometown of Orbx!" reads the product description. "With about a third of its current five million residents born outside of Australia, Melbourne’s skyline mirrors its inhabitants’ diversity, from Gold Rush and Victorian architecture to ultra-modern skyscrapers."