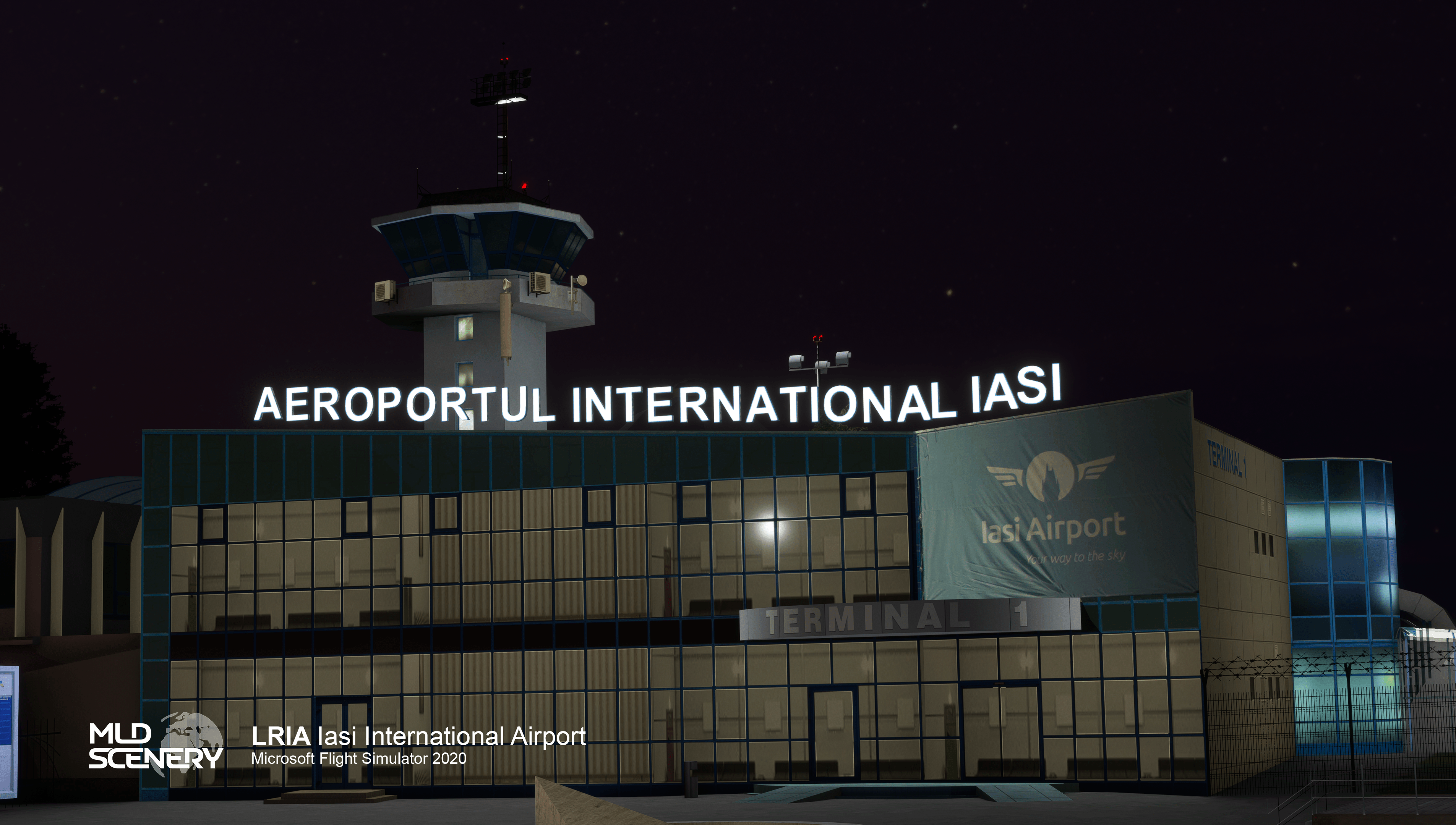 MLD Scenery has recently released their rendition of Iasi International Airport (LRIA) for Microsoft Flight Simulator, the fourth-busiest airport in Romania with a yearly average of 1.3 million passengers (pre-pandemic).

As one of the oldest accredited airports in Romania, its history dates back to almost 100 years ago (1926), when it first became a commercial airport with scheduled flights, operated by CFRNA (Compagnie Franco-Roumaine de Navigation Aérienne). Almost 30 years later, it got a new runway, a modern lighting system, and a passenger terminal followed in 1969, with another upgrade in 2001 to separate domestic and international flights.

A brand new terminal (T2) was built in 2012, increasing its passenger capacity and specially designated for Schengen and domestic flights. A long-term, multi-stage upgrade program started the year after, including a new runway (finished in 2014), a new terminal building (inaugurated in 2015), and an apron extension (completed in 2021).

In early 2022, the managers signed a €66 million contract with an Austrian construction company to design and build a new terminal (T4) and extend the parking lot, increasing the airport’s capacity to 3.3 million passengers yearly. The estimated completion date is sometime in December 2023.

The scenery features a high-fidelity rendition of the airport, with an updated layout (as of 2022), custom ground polygons, custom approach and taxi lights, custom night lighting, parallax windows, and photorealistic textures on the airport buildings.