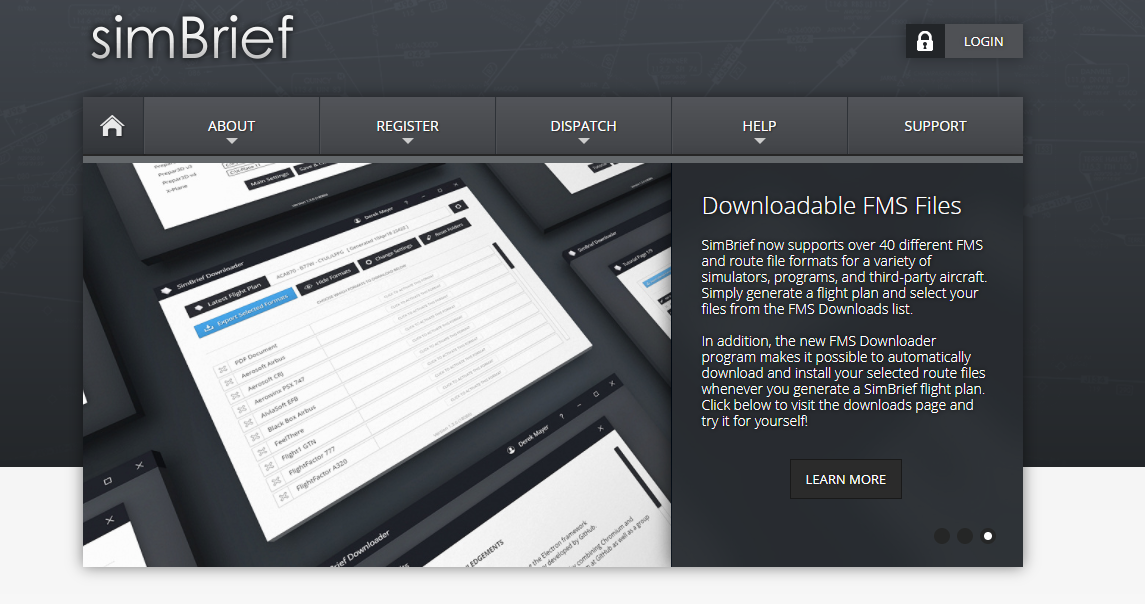 Aeronautical chart and data provider, Navigraph, has announced their acquisition of SimBrief, a popular flight planning software. This continues the relationship between the two groups which started with Navigraph’s AIRAC data being implemented when SimBrief was first founded in 2013.

Despite the community’s worry that this acquisition will change SimBrief into a pay-to-use software, Navigraph stresses that SimBrief will continue to be free, however, Navigraph’s AIRAC data will still need to be purchased through their website. Navigraph CEO and co-founder, Magnus Axhold, states that they will “make SimBrief’s flight planning functionality even more accessible to developers in the community by structuring the SimBrief API together with Navigraph APIs in the upcoming Navigraph Developer Portal”.

Axhold also states that they plan to structure both Navigraph and SimBrief’s API together in the upcoming Navigraph Developer Portal. Speaking of Simbrief’s founder, Derek, Axholt also mentioned that “Derek [Founder of SimBrief] will play a key role as we develop some of the features in the next generation Navigraph Charts product. With the powerful combination of his real-world aviation background and software development experience”.

“I have been both humbled and incredibly grateful for the support the community has shown me since I launched SimBrief nearly eight years ago, and I'm looking forward to this next chapter in SimBrief's development” SimBrief founder Derek states. He also added that he’s “confident that Navigraph's resources and experienced development team will not only help ensure that SimBrief remains available to the community for years to come, but also make for some exciting new features and improvements that wouldn't otherwise be possible”.

SimBrief will continue to operate under their original name but with the new tagline “By Navigraph.”
A big thanks to Lerno1 for tipping us off to this news in the Threshold Discord Server.