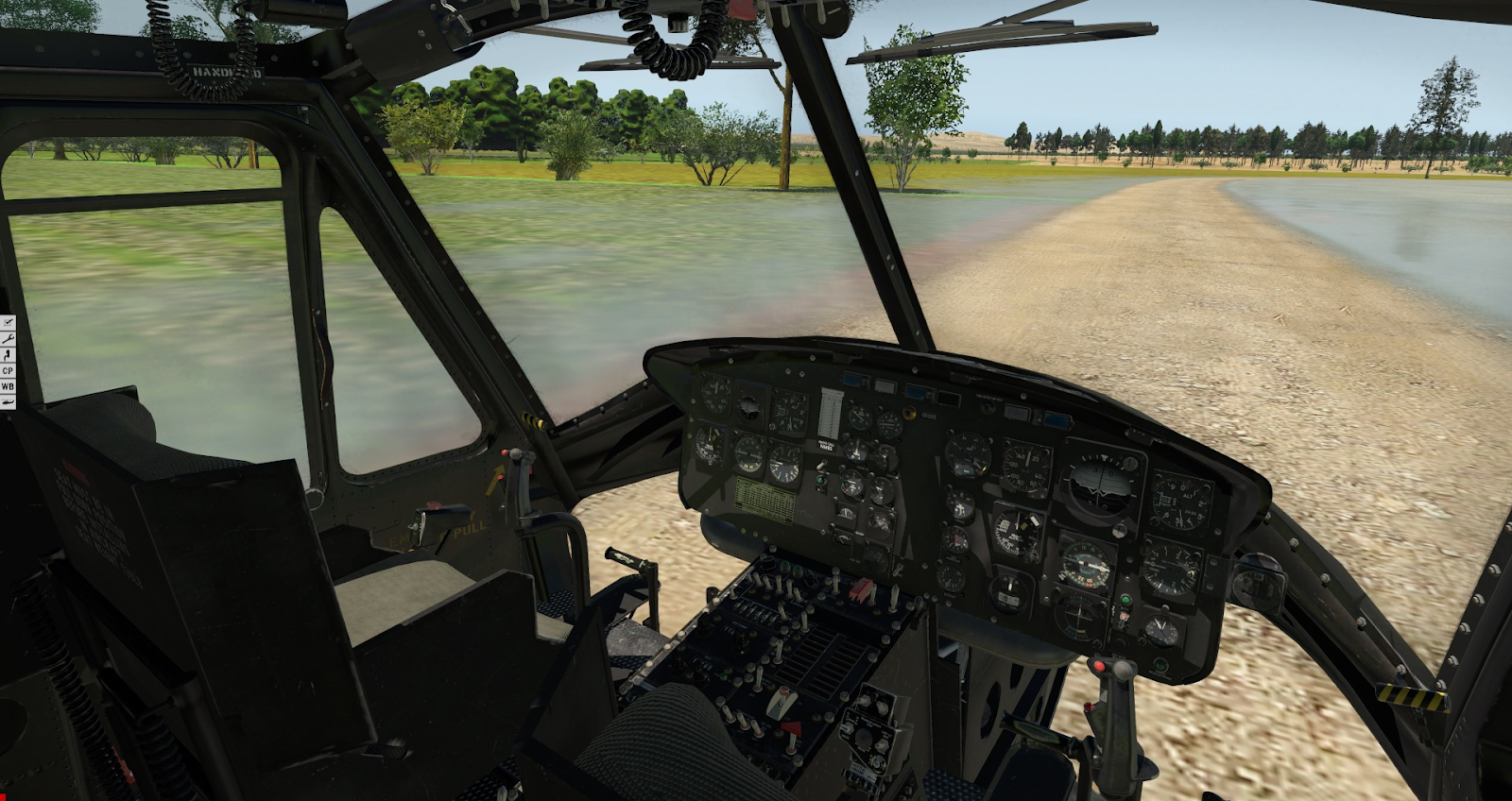 Yesterday, X-Plane developer Nimbus released a series of new previews showcasing the interiors of its upcoming UH-1 V1.5 update, displaying the detailed models and textures of the helicopter’s cockpit.

The developer has promised to bring “new interior textures, improved flight model, bug fixes and a couple of extra features like GPS and radio-altimeter” to V1.5.

Judging by the screenshots, the team has almost completed the interior work. However, it is currently unclear of their progress on improving other parts of the helicopter. According to a Nimbus post last week, the update is expected to be released in late February, though an exact date has not yet been disclosed.

The same post has also outlined the developer’s road map for this coming year, including the release of UH-1 Civilian version in March, Dulles Airport in April, and Memphis Airport in June. Furthermore, Nimbus is also planning to enter the Microsoft Flight Simulator market sometime this year.

For more details on Nimbus’ 2021 plans, check out another article.