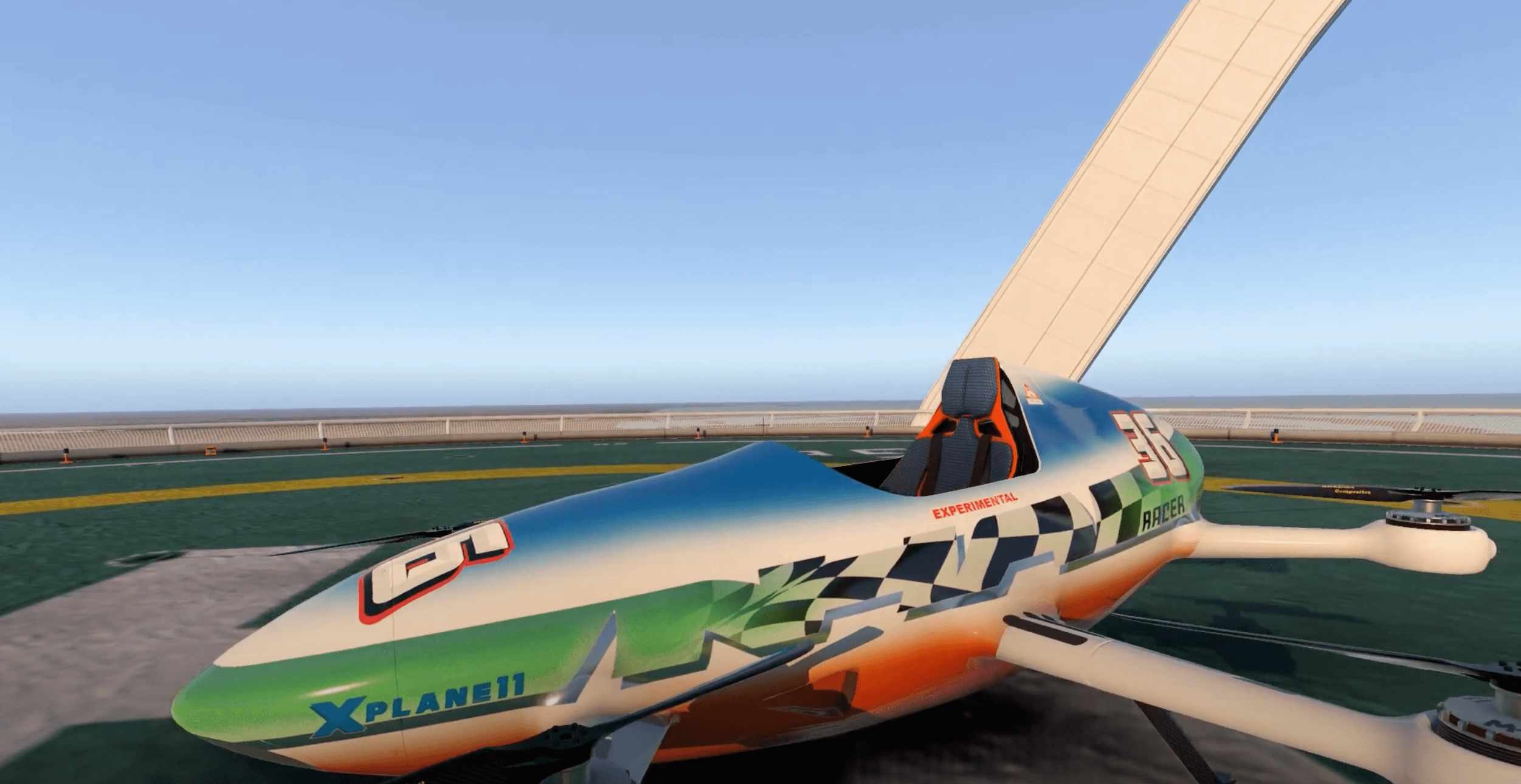 According to the announcement video, the NHRacer will be “study level quality”, featuring custom avionics, full FMOD sounds, an animated pilot, realistic helmet effects, HD PBR textures, and VR support. The full list of features can be found in the trailer.

In addition to the feature list, the NHRacer trailer also showed off the multicopter’s modeling, cockpit, and most importantly of all, its high maneuverability. Throughout the video, the multicopter can be seen performing low-altitude maneuvers in cities and parks that are unimaginable for conventional aircraft/helicopters.

Currently, the developer has stated that the NHRacer is on track for a release in November 2021, though the specific date and the product’s pricing is not disclosed. Threshold will keep you updated on this front.