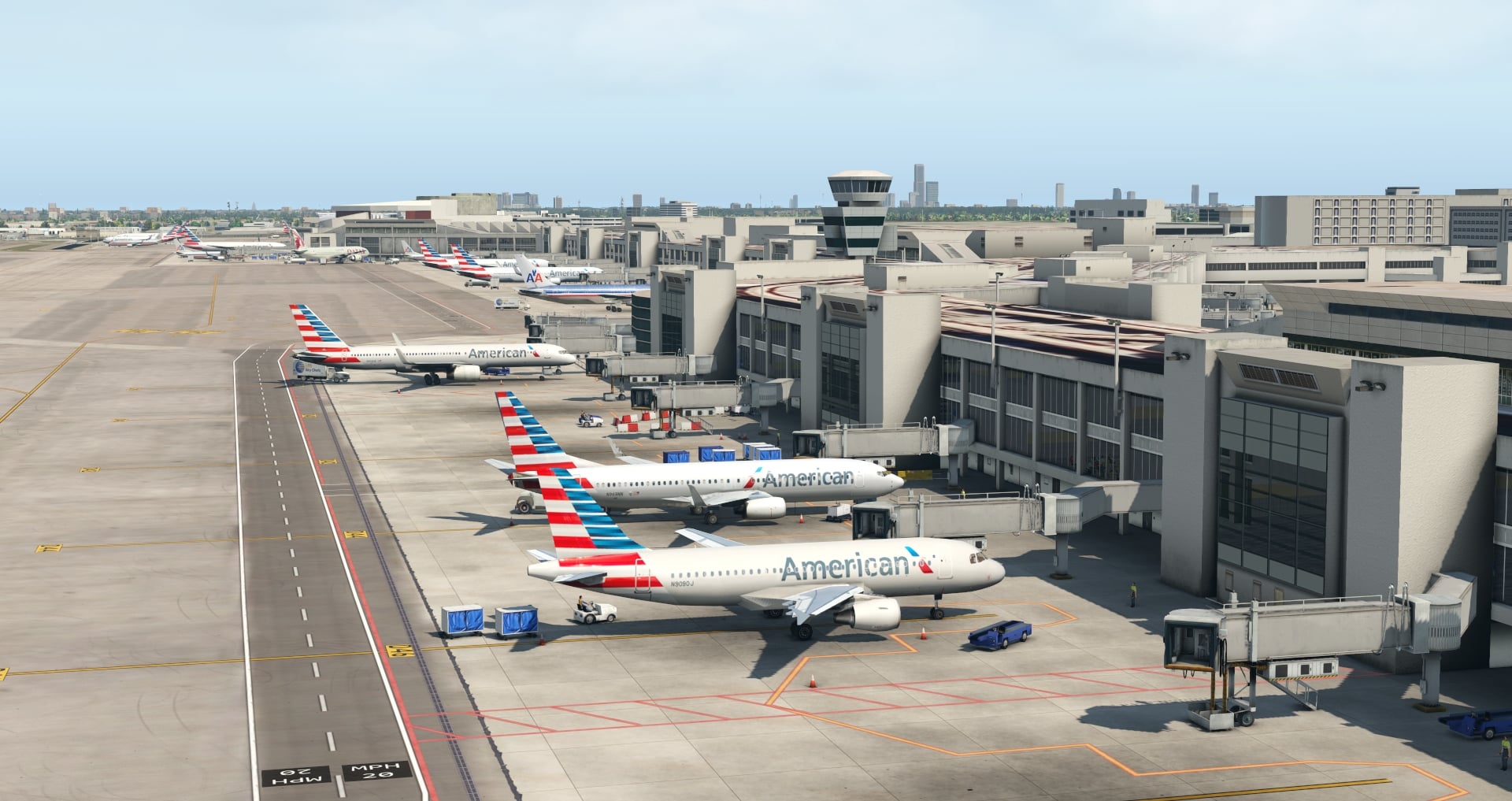 A free update for Nimbus Simulation Studios' Miami Airport scenery has made its way to stores today, a short week after it was first teased.

Version 2.2 marks the first update to Nimbus' Miami in some time, having released version 2.0 shortly after X-Plane 11 went final all the way back in 2016. According to the X-Plane.org Store, v2.2 is the first update since.

In terms of other plans, the developer has a mix of aircraft, scenery and helicopter commitments to meet with the release of Washington Dulles for X-Plane 11 being next on the cards.

Lastly, the release of Memphis Airport - a project which has not been discussed in the public space since March 2019 - will come after that.

The developer provided a selection of images of the new update, which are spread throughout this article.

To update to version 2.2, re-download the scenery from the store of purchase. For new customers, purchase Miami Airport by Nimbus Simulation Studios for $24.95 USD from the X-Plane.org Store here.