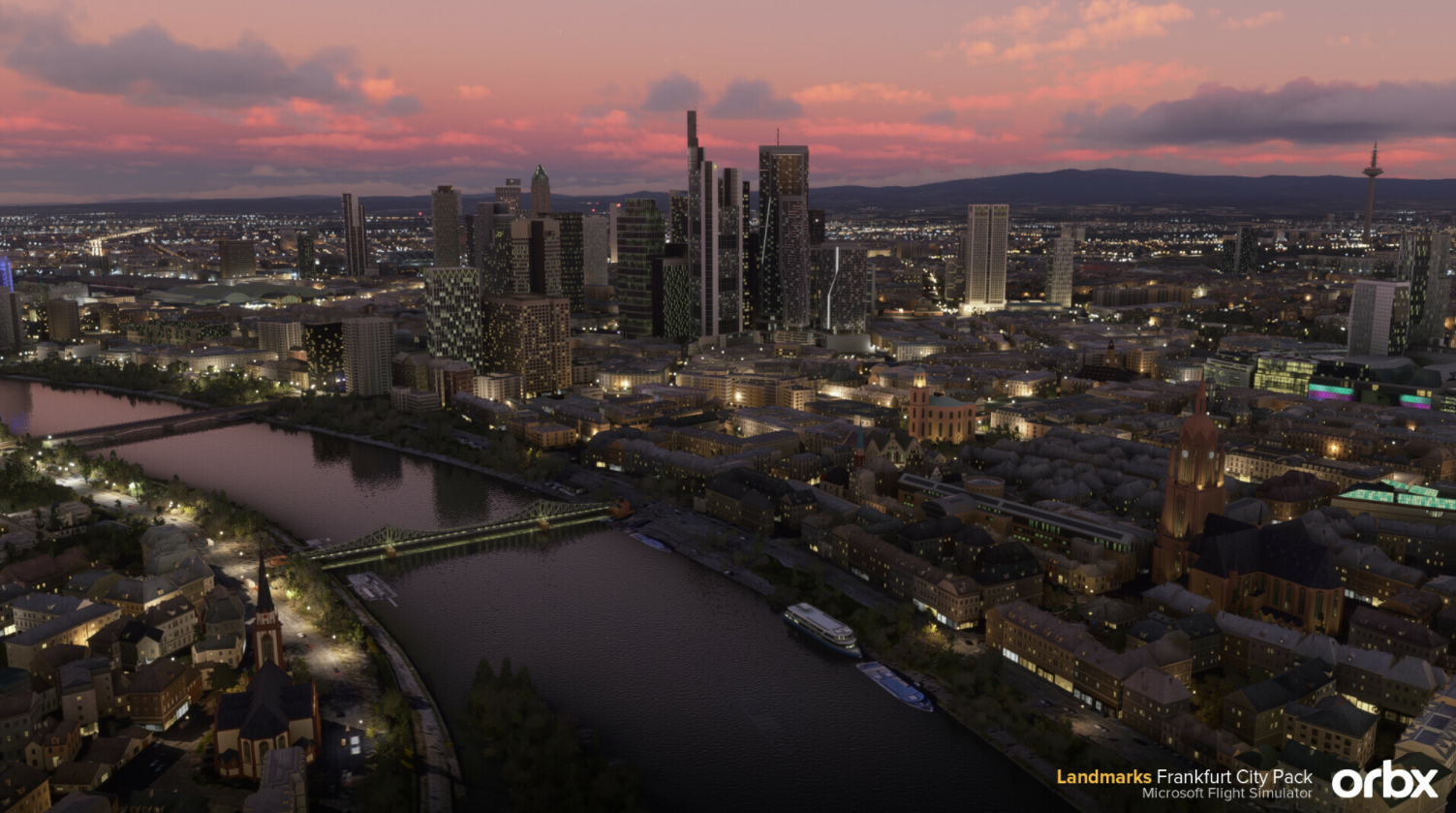 “Lovingly referred to as “Mainhattan” by the locals, we have added over 100 custom landmarks to detail this global hub of commerce, culture, education and tourism,” the developers state.

“The city of Frankfurt, with the Main River coursing through the city, comes to life with an impressive skyline and custom night lighting, and downtown being located just north of the final approach to Frankfurt Airport,” Orbx adds.

Frankfurt City Pack is available for purchase on Orbx Direct for $11.60.