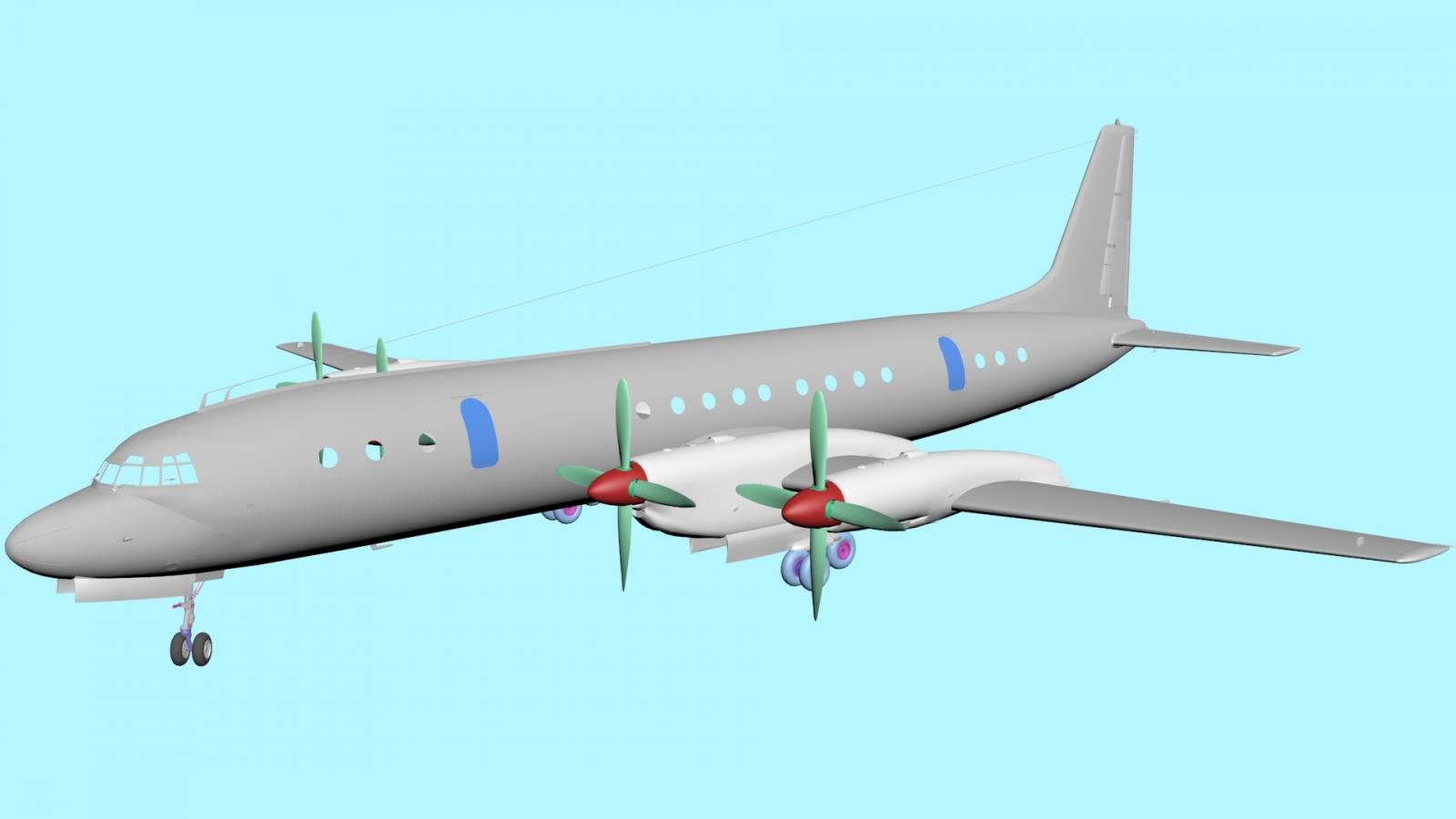 New developer RuSky Group has formally announced they claim to be making an Ilyushin IL-18 for X-Plane 11. Thus far, they state that the 3D model of the exterior and its animations are completed, with texturing and flight model testing due to begin.

The announcement was posted to x-plane.org, and is accompanied by several renders of the exterior:

The Ilyushin IL-18 is a 4-engine turboprop airliner which first flew in 1957, with more than 600 aircraft built. Production ceased in 1985, and like many old aircraft still in service, the aircraft is primarily used by the military.

The IL-18 is added to the Yak-52 they stated they are also developing - we reported on the latter last week here. Since then, a video of the Yak-52 has been posted on the forum thread for the aircraft, which you can find below. (Stream language is Russian.)