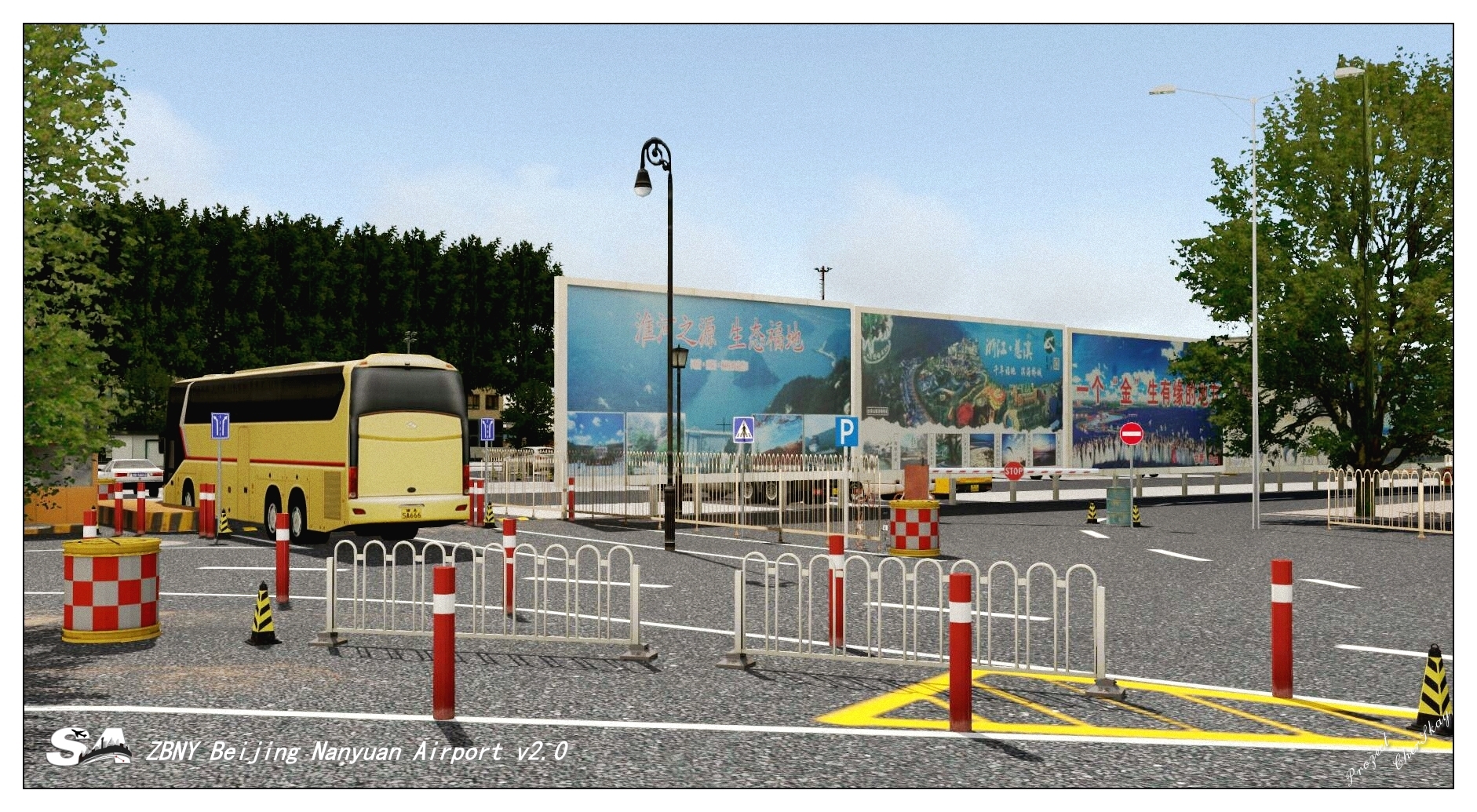 One day we were approached by an avid reader of Threshold, who happens to be representing an up-and-coming team of developers and has given us the honour to introduce them to the X-Plane community. So we’re very proud and excited to reveal to you an all new team located just a little towards the East...

Introducing Star Atlas! The team is a brand new scenery studio based in China, with the main goal is to “ demystify Chinese airports and to compose the ‘Atlas’ of the world”. Prior to expanding to scenery development, the team is notably known for its involvement in translating the X-Plane interface from English to both Simplified and Traditional Chinese, for Chinese-speaking users of X-Plane, the project supports X-Plane v11.30 onwards.

Historically speaking, flight simulation hasn’t been the most popular hobby in the East, but that is rapidly changing - and to prove for it, we’ve seen freeware developers like Zhe Jin who is making a Shanghai Pudong rendition, and now Star Atlas to bring forth new renditions of different airports across Asia.

Additionally, countries in Asia are by far one of the most underrepresented regions in X-Plane, mostly due to less liberal airport regulations preventing scenery developers from recreating the airport in X-Plane through detailed visual research, such as photographic surveyance. But the rising profile and role of Asian airports such as in Singapore, Shanghai, Tokyo, Seoul etc sparked a rise of interest for users in finding suitable renditions for major hubs. The recently released Japan Pro from MisterX6 or the Bali conversion by Aerosoft can be considered the beginning of a wave of new scenery offerings targeting users who want to fly to Asia.

The first scenery to be released by Star Atlas will be ZSHC, Hangzhou Xiaoshan - the main international airport serving the city of Hangzhou. The airport is the 10th busiest airport in China, serving well over 35 million passengers a year. For the city, it sits in the major urban region called the Yangtze River Delta - one the worlds largest concentration of adjacent metropolitan areas in the world with over 115 million people living in the region (containing metropolises like Shanghai, Nanjing, and of course, Hangzhou).

ZSHC is in the early stages of development, the team also has a previous airport that’s in development: Beijing Nanyuan Airport ZBNY v2, which is a civil-military airport in Beijing that operates alongside ZBAA Beijing Capital. It is a planned freeware product, but the release is postponed due to political reasons; it is the oldest airport in China, built in 1903, and will be dismantled in September. Perhaps after the airport’s closure, the airport will be released eventually, it’s just a matter of time.

So a pat on the back for Sky Atlas for embarking on producing a new range of custom-developed sceneries that no one else has tapped into. We can only hope for more developers like Sky Atlas to enter the X-Plane scene and cover an equally important region of the world. Here’s looking forward to seeing what else they have up their sleeves, 祝好運!