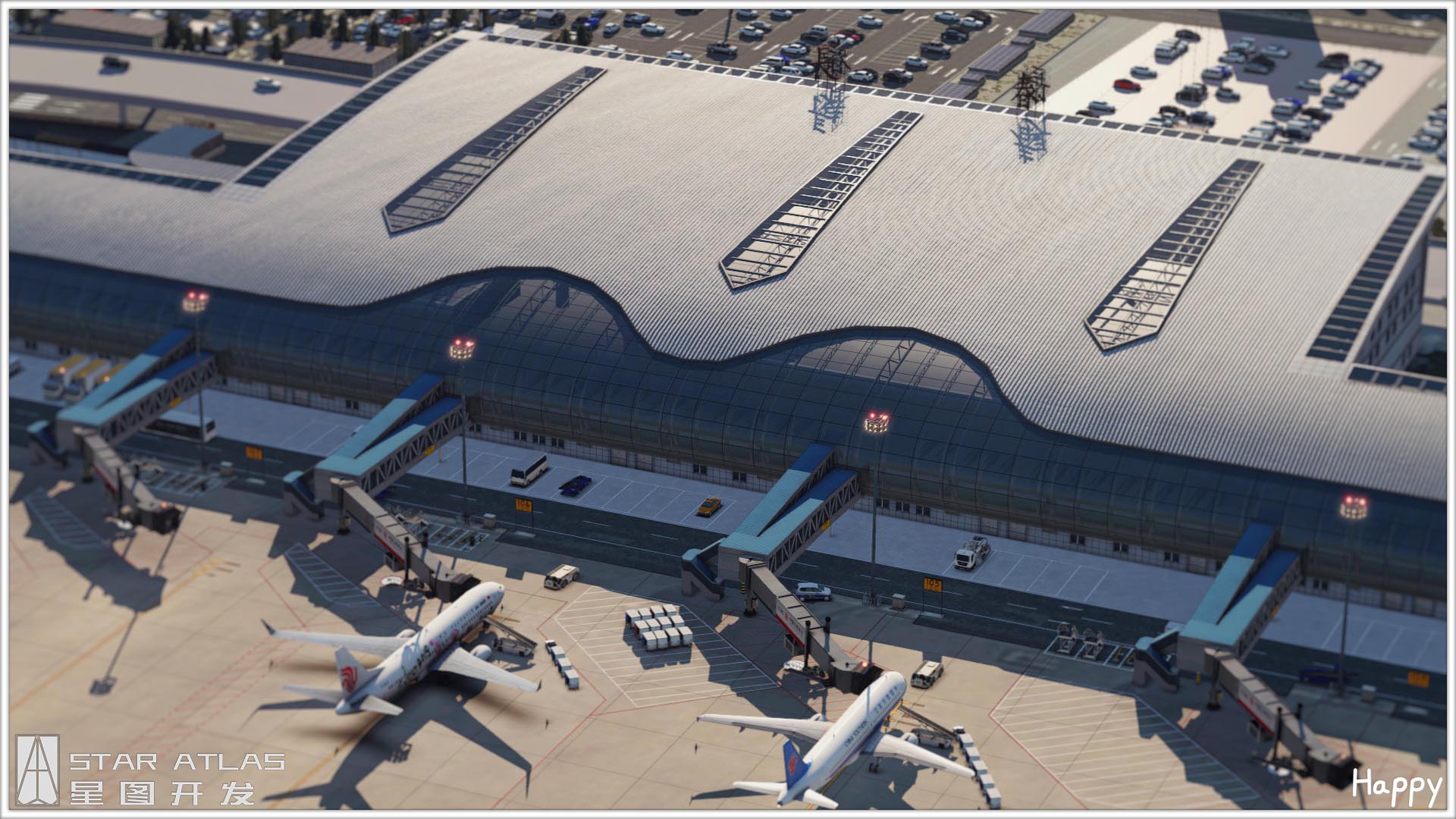 Changchun Longjia International Airport opened in 2005 and serves the city of Changchun. Although not famous outside of China, the airport handles an impressive 12 million passengers each year.

The full feature list has still not been released, however, we know that the terminal interior will be modelled, the ground and rail traffic will be fully reproduced, SAM will be implemented and much more.

The developer has also commented, in Chinese, on the features that will be included:

"The clock in the parking lot is no longer a rigid map. We modeled it separately and linked it with the simulator through Dataref."

“As usual, there are 10 easter eggs hidden in the work, which will be revealed one year after release”

Star Atlas’ Changchun will be sold on the X-Plane.org Store and Simmarket for 21.21 USD or 17.77 EUR and will be released this April.