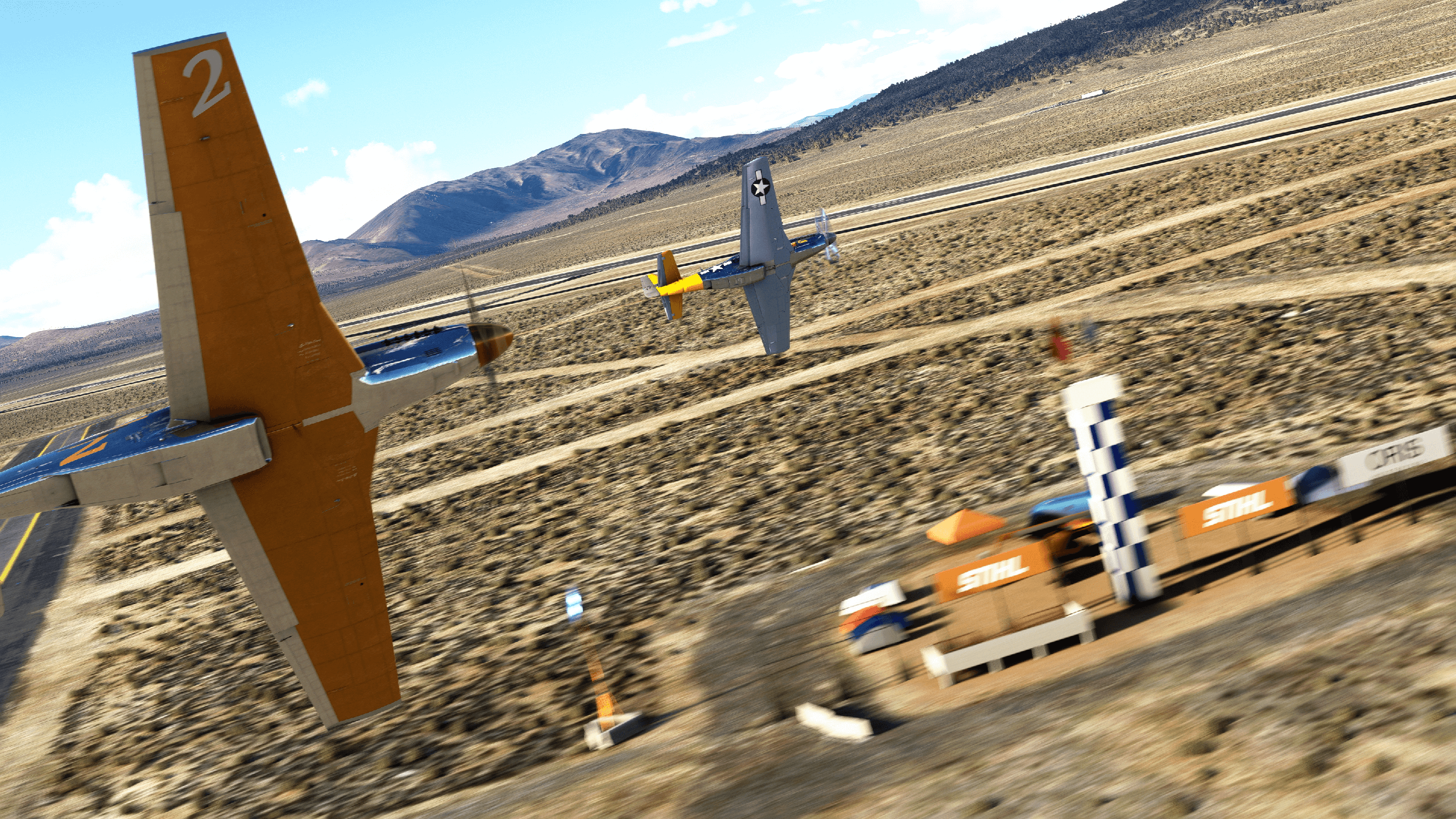 After its initial announcement, Microsoft has released their latest expansion for MSFS: “The Reno Air Races”. The launch of the new addon comes at the same time as the launch of the new Game of the Year Edition (aka Sim Update 7).The expansion pack accommodates users with various aircraft that can be seen racing wing to wing at the venue.

The Reno Air Race Expansion ships with various aircraft such as the highly popular P-51 Mustang and the T-6 Texan to name a few. Moreover, the product is fully compatible with the multiplayer mode, allowing users to race their friends in what is arguably the most fun you can have in any flight simulator.

The Real event that the expansion is based on (also known as the STIHL National Championship Air Races) are held every year at Reno Stead Airport (located a few miles north of Reno). The event lasts 4 days in which various races are held and multiple airshows are performed. In addition, the races are held on closed courses that range from 3 to 8 miles long, in which highly modified aircraft fly just mere feet apart from each other at less than 250 feet.

For users who want to take it one step further, there is a separate pack available that includes all 41 individual items(each item can be obtained separately on the marketplace), including 40 liveries of teams racing, with their respective panel layouts modelled.

As mentioned, the new sim update ships with 5 new aircraft, 8 new handcrafted airports, as well as adding about 545 new airports that had been missing in the default game. Various other aspects of the simulator such as stability, navigation, weather, and more have all received minor updates and bug fixes. Along with this update, various default aircraft issues have been fixed along with minor improvements to sounds and other miscellaneous aspects of the aircraft. The update is quite vast, but is categorized accordingly on the MSFS website, this major update is issued to celebrate the immense success of the simulator, launched in 2020 as a direct successor to the ancient FSX.

Some highlights of this update includes early access to DirectX 12 (DX12), an updated weather system, and a dev mode replay system feature. Select cities will also be receiving photogrammetry features as Asobo continues to integrate and update data from Microsoft’s Bing Maps.

The Sim Update is of course free, but for the expansion pack, the Reno Air Races expansion for Microsoft Flight Simulator can be found on the marketplace for $19.99. The full collection is available for $59.99, each separate item is available for an asking price of $11.28, and a single class of aircraft can be obtained for an asking price of $33.60.