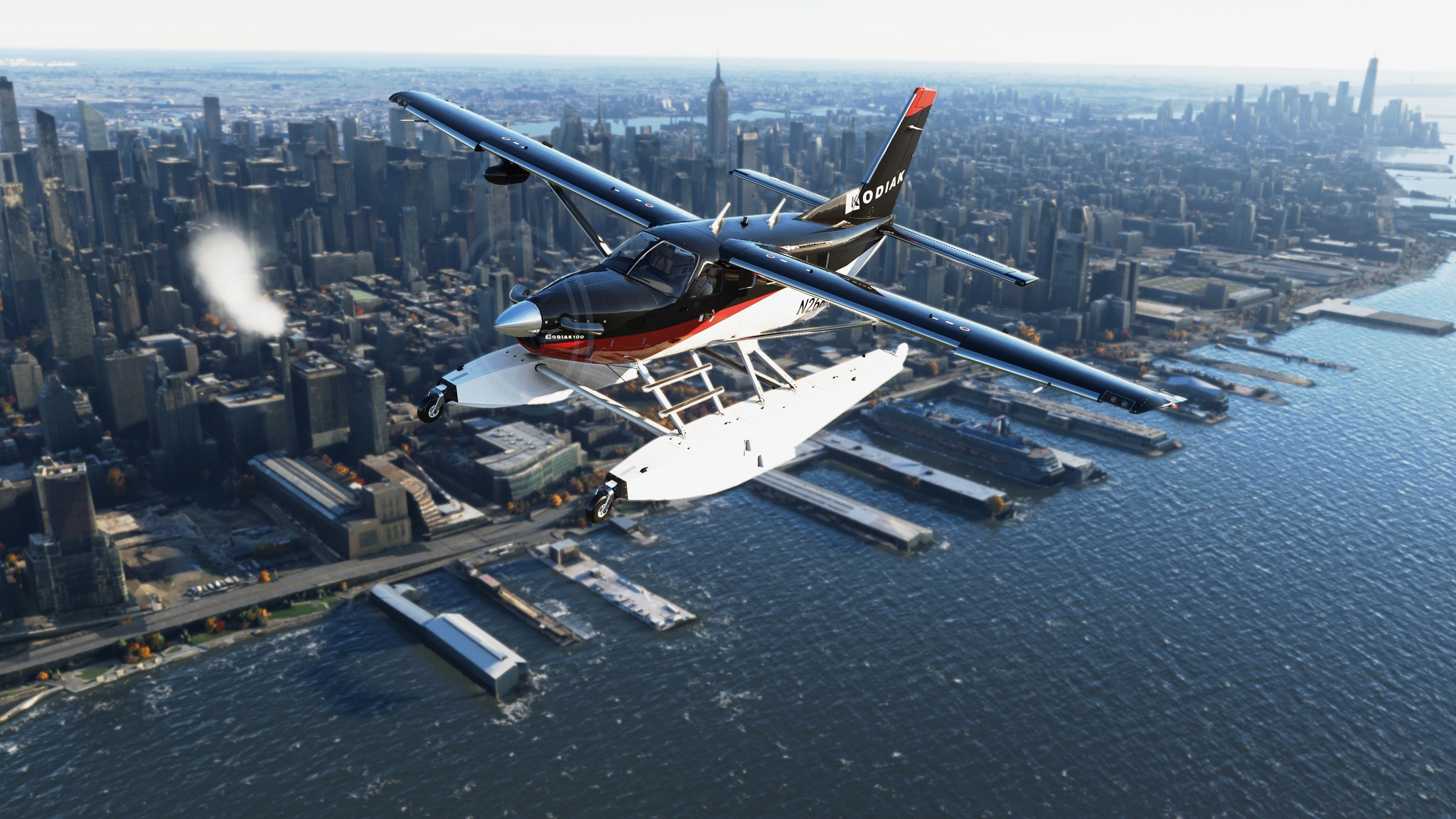 SimWorks Studios are planning to hit the second half of 2022 hard and bring three more aircraft to Microsoft Flight Simulator by the end of the year, according to a new development update issued today.

Firstly, addressing an aircraft that's already available for the simulator, the developer discusses work on an Amphibian variant of the Kodiak 100.

"The exterior and interior models have been completed. A significant amount of time has gone in re-engineering the interior of the aircraft so that it is compatible with Asobo's submodel and attachment system."

The Kodiak's interior has seen similar treatment with new support for the platform's 'submodel' feature. The developer explains that this will alow a more efficient cockpit model -- this will also find its way into the other, wheeled, Kodiak currently available.

SimWorks Studios' Vans RV-14 will also see some new content in the near future, with a GNS530 radio stack being made ready for rollout on PC and Xbox.

Onto the three in-development aircraft: the RV-10, Airvan and PC-12.

The four-seat cousin of the RV-14, the Vans RV-10 is said to be making 'solid progress'. The developer says that the exterior model is undergoing review at the moment, with images to come in 'the next couple of weeks'.

"Regarding the PC-12, we have our WIP exterior in the simulator and are dialing in the basic geometry, electrical and engine parameters. We are nitpicking at the exterior still, as some details of the aircraft were hard to come by.

"However, thanks to Pilatus and our pilots, we have everything we need and can soon dash to the finish line and focus on the cockpit!"

Finally, the Gippsland Airvan -- according to this development update, the aircraft will come equipped with steam gauges and a GNS530 plus a Bendix-King unit to comprise the radio stack. As with the Kodiak, the instrument panel will be 'moldable', allowing for user customisation.