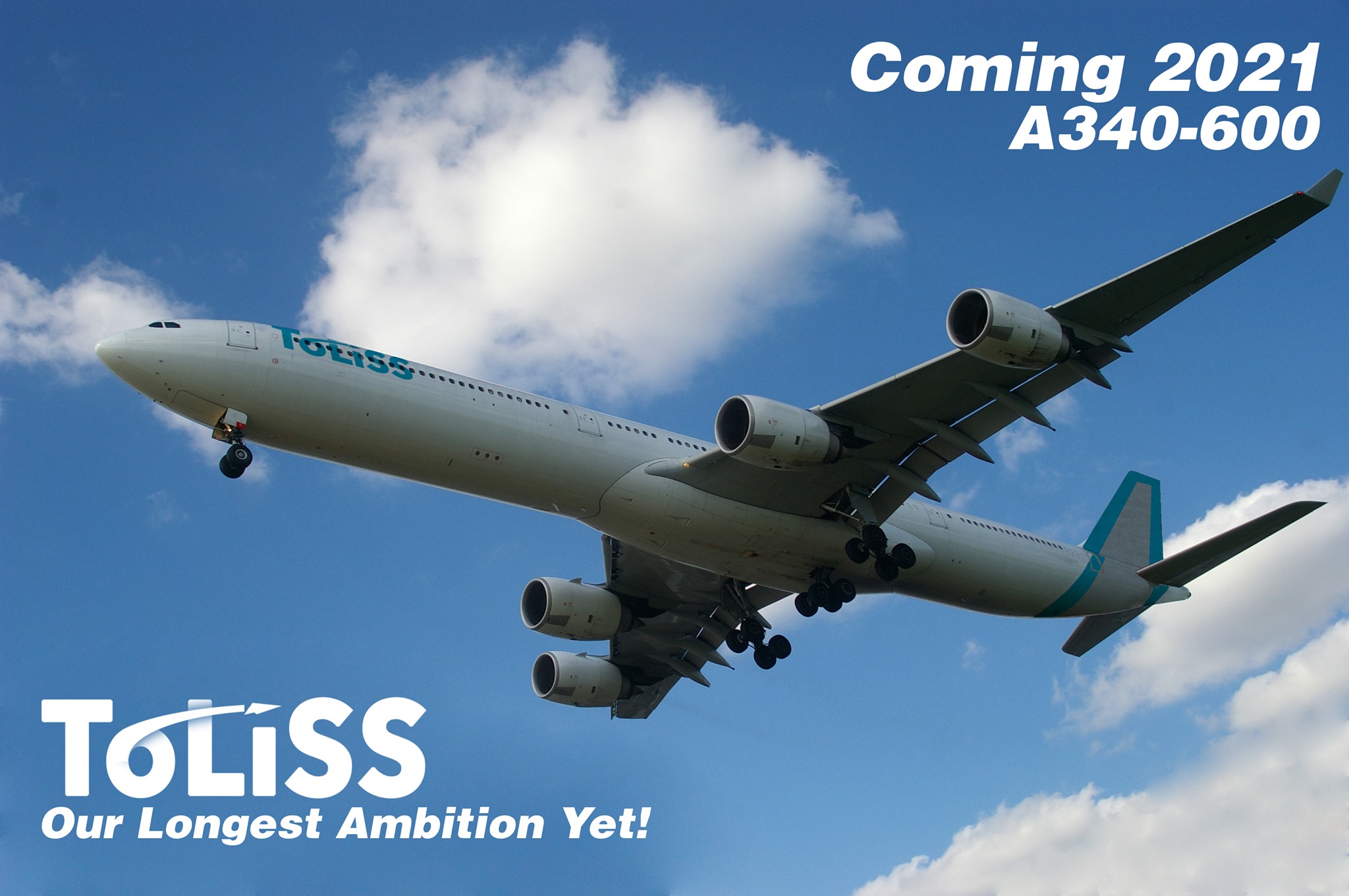 On a day crowded by news with the release of Microsoft Flight Simulator, ToLiss has opted to announce development of the Airbus A340-600.

Posting to various places such as their Facebook group, lead developer Giuliana Gennaro ToLiss posted a short message along with what appears to be an edited image with the ToLiss logo and colour applied to the fuselage and empennage, respectively.

“In this interesting time for the flight sim community, we thought we'd give you a little hint on what we're working on :) A little something to look forward to !” reads the post.

No further information was provided, including pricing or if the aircraft is to be X-Plane-exclusive like their current offerings are, or whether there will be any sort of discount for loyal users.

The image above does clearly state it will be coming next year, implying more than four months of waiting.