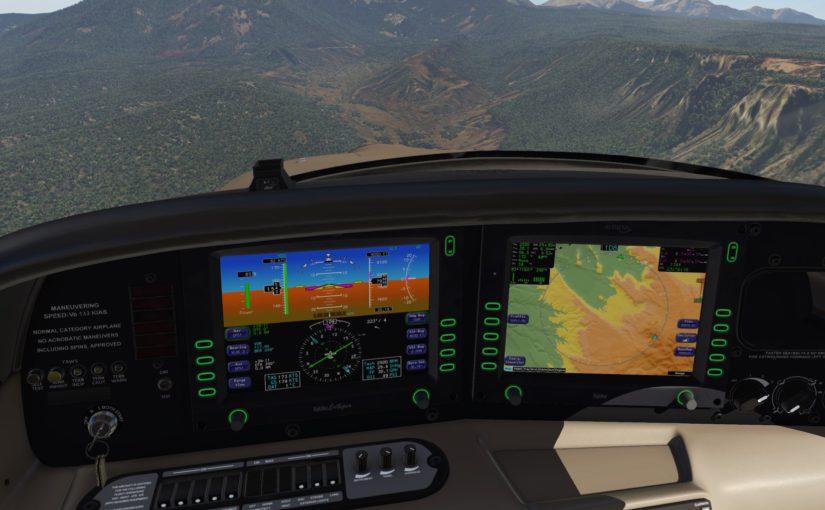 TorqueSim has just released their latest rendition of the Cirrus SR20 and SR22 featuring the brand-new Avidyne Entegra avionics suite for the X-Plane 11 simulator.

This release comes just over a month after the original announcement. The "Entegra" series is based on the developer’s SR20 and SR22 equipped with Laminar’s G1000 released last year.

The add-on features both the SR20 and SR22 variants, featuring both the normally aspirated and turbo versions of the latter.

The Entegra avionics suite has been completely custom-coded by the TorqueSim developers. The avionics simulates numerous features such as a proper boot sequence, different modes, a "TAWS" system, checklists and much more. The full feature list is available on the TorqueSim Blog Post.

The following GPS configurations are compatible with the aircraft:

TorqueSim has collaborated their long-lasting partnership with the hardware manufacturer RealSimGear into providing a desktop console of the Entegra system which will resell on RealSimGear’s website.

Existing G1000 series customers are entitled to a $25 discount on both the SR20 and SR22 Entegra lineup.