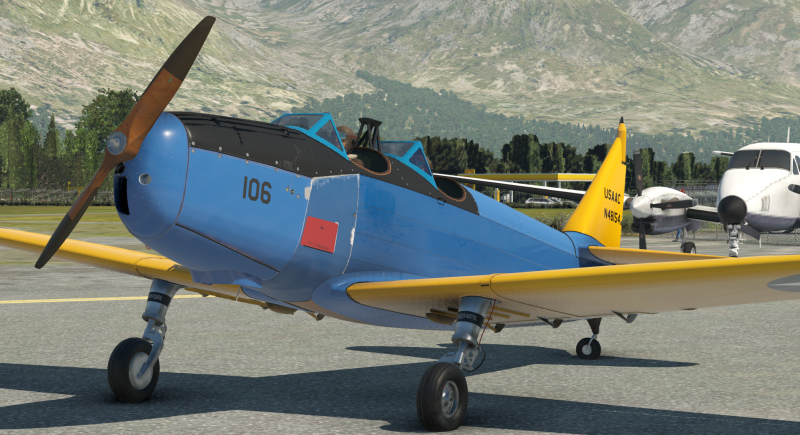 On an X-Plane.org post, Uncle Jack Simulations has released new details on the oil systems, the engine, the menus, and the TrueVintage mechanic of their PT-19.

The developer announced that the oil system will be capable of simulating the buildup of oil inside the inverted engine. The amount of residual oil will depend on the condition of the engine and the elapsed time since the last flight. If the users “start the engine whilst it's hydrolocked”, they will risk damaging the pistol rod and cause a massive engine failure mid flight.

An impulse coupling has also been placed inside the left Magnetos of the engine as part of the engine primer system. If users start the engine “with the default "BOTH" position”, then the engine may be damaged in the long term.

Apart from the aircraft itself, the developers also teased a one-of-a-kind 3D plugin menu. The menu will enable the users to view maintenance reports from the personal engineer, refuel the aircraft, utilize custom reports to correct “bad habits”.

The developers also previewed the TrueVintage Dynamic Livery Wear mechanic with a series of screenshots. They also indicated that proper documentations and tutorial videos will be provided to help the users master the aircraft.

Currently, work is being done on the full immersion sound system. A release date for the aircraft is currently unknown. Check out our previous article on the PT-19 to learn more about it.