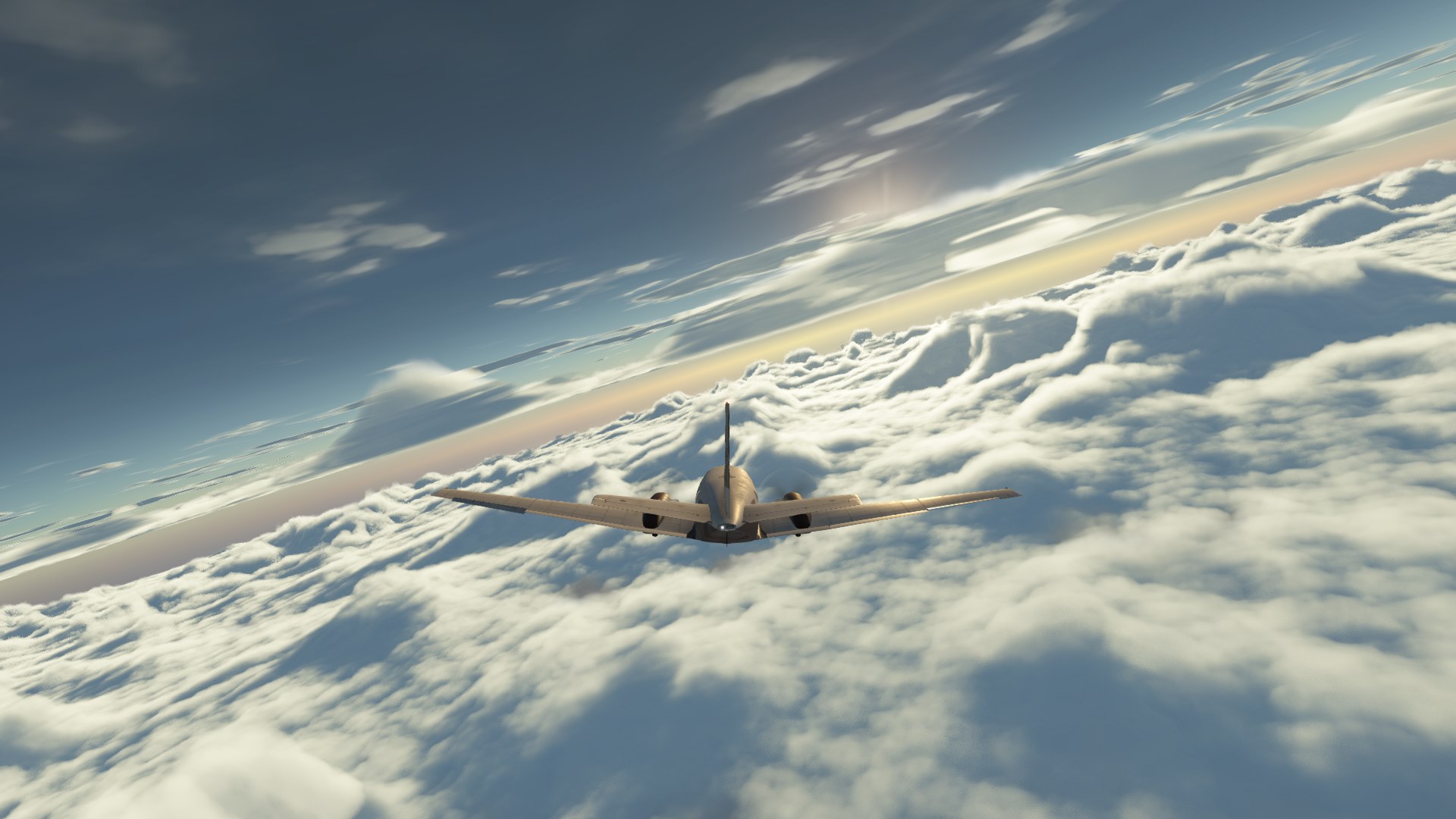 The Almuntassirs have distributed more previews of Ultra Weather XP, showcasing their work thus far on version 3 of their plugin.

Yesterday saw two new screenshots, utilising the same exterior camera views used in many of their previews to show scale and lighting.

Version 3 of UWXP has been in the works for quite some time.

First announced way back in the summer of 2019, version 3 is to make use of volumetric clouds which ditch the placement of textures in the sky for seemingly 3D ones.

A set of very early proof-of-concept previews followed soon after, though progress on this front has been few and far between.

Volumetric clouds were first pioneered in the X-Plane environment by Dark Space with their plugin xEnviro, though it was not without controversy surrounding the hit on frame rates in X-Plane.

Another example is Enhanced Cloudscapes, which is a freeware take of the technology with dubbed-down features.

Ultra Weather XP had more previews of version 3 to share at the end of April, shown below.

This version is described as a work-in-progress and is currently in a pre-alpha state, meaning the big update is yet to take a shape ready for polishing.

As more previews and progress of version 3 emerge, Threshold will be sure to report these as usual.