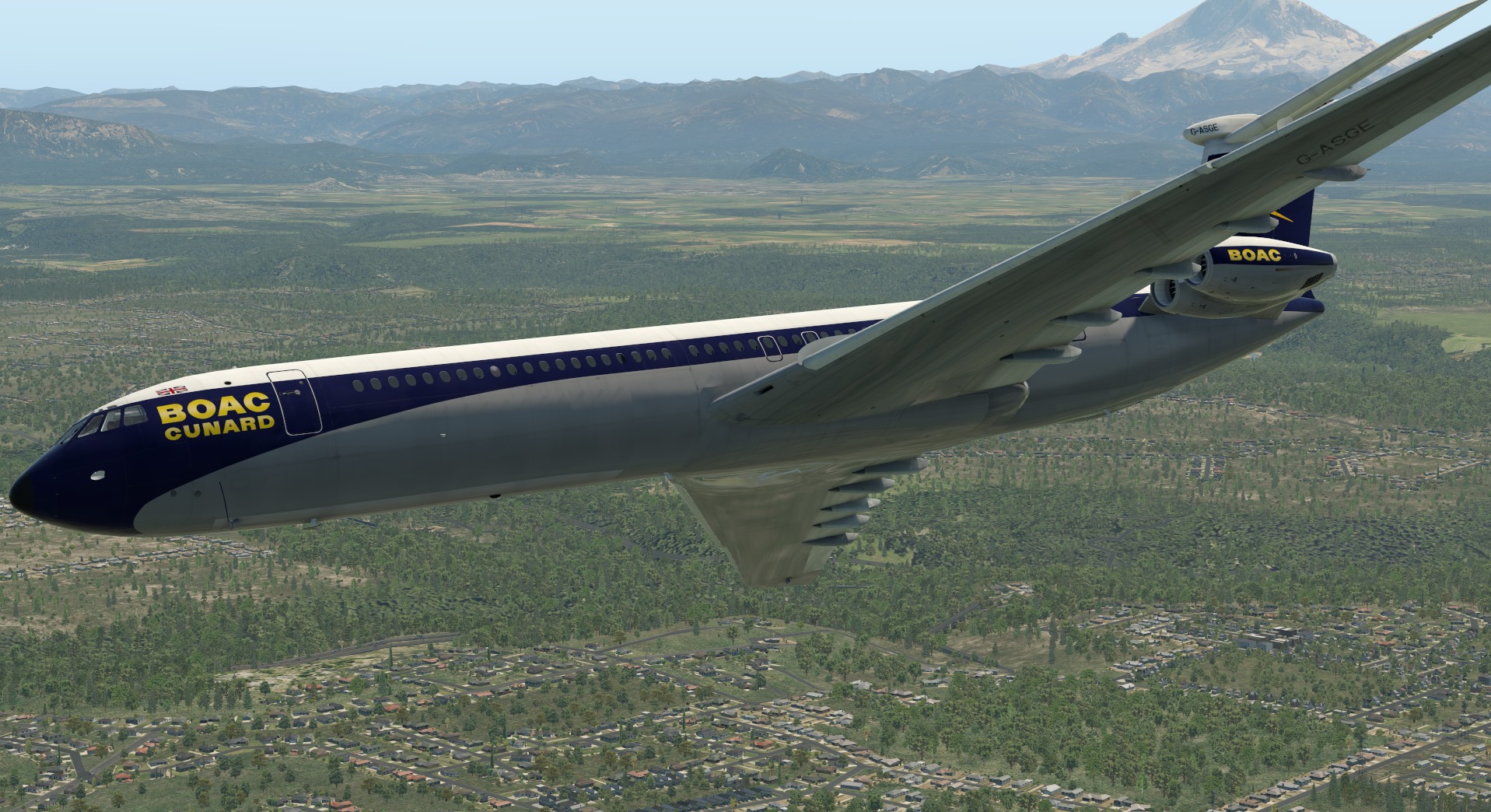 Following sets of previews for their BAE146 for X-Plane, Just Flight has shared previews of their in-development VC10 for X-Plane.

The conversion of the original model for ESP simulator platforms is being done by Thranda Design, the developer behind all conversion of Just Flight’s X-Plane products.

The previews posted today claimed to share previews of new unrevealed liveries for the aircraft.

The aircraft has been in development since early June and is set to include 3 variants of the aircraft Standard, Super and the C1K, K3 and K4 military variants. A full feature list has not been released yet by the developer unlike other in-development products like the BAE 146.

Progress on Just Flight’s VC10 can be followed on the product page on the developer’s website.