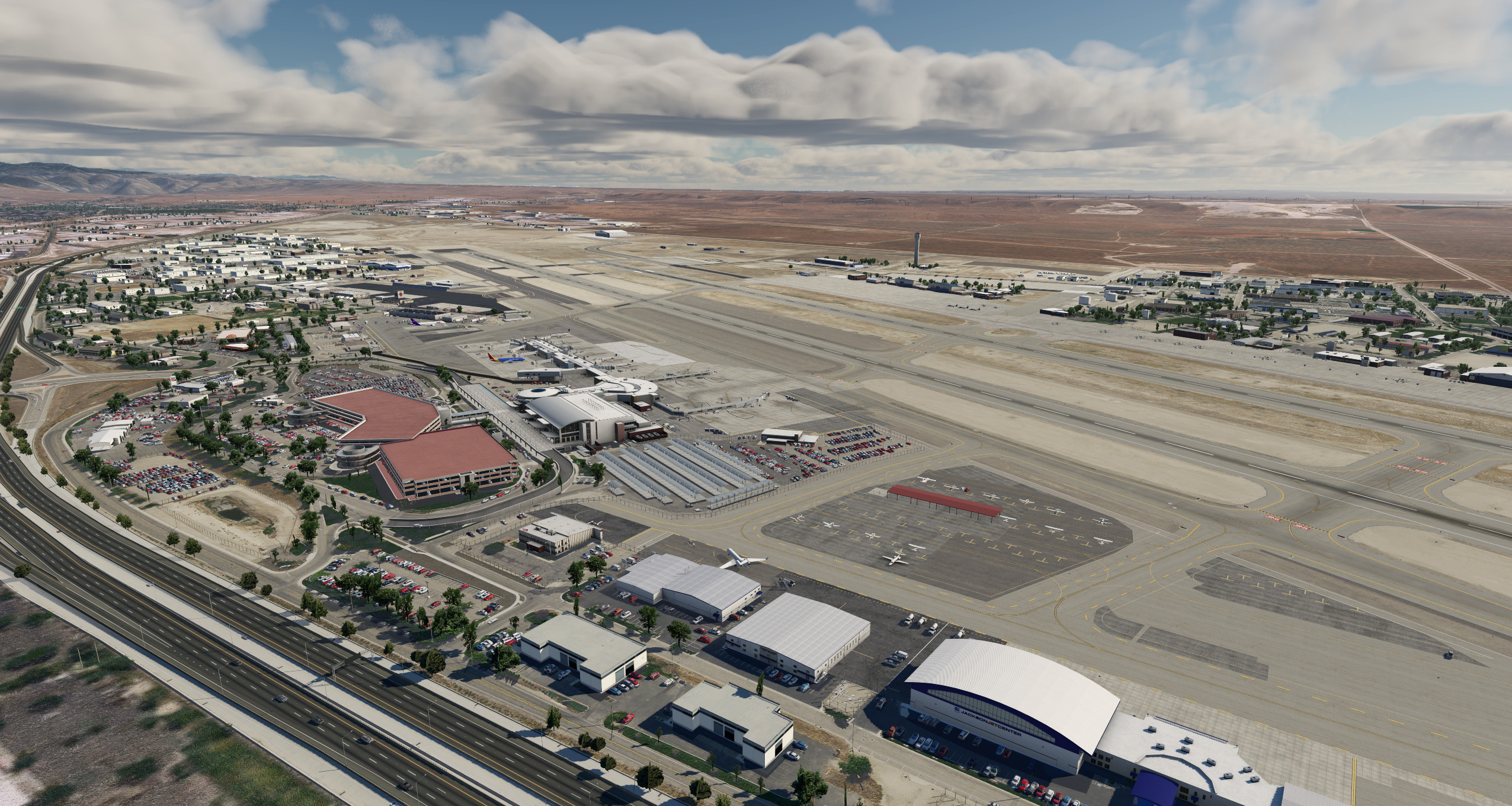 Verticalsim has just released its latest scenery, Boise Air Terminal for X-Plane. The scenery seeks to provide virtual pilots with a challenging airport that serves the capital of Idaho, Boise. Virtual Pilots can expect a challenge when flying around the airport, as it is surrounded by mountains and patches of rough terrain. Moreover, the airport also facilitates the United States Air Force, who stations several of its fighter and transport aircraft at the airport.

Boise Airport (also known as Boise Air Terminal or Gowen Field) opened its doors to the public in 1926, acting as a gateway for a large part of Idaho, and providing flights to various hubs within the United States. The airport also acts as a military airfield known as Gowen Field Air National Guard Base, as the military has several facilities on the south side of the runways. The military facilities are home to only one squadron, who have A-10 Thunderbolt aircraft stationed at the airport.

The developer spent many hours developing the airport to create a true-to-life replica in sim, the features being run off the mill of a typical scenery product in X-Plane with highly accurate buildings coupled with 4K PBR texturing, with groundwork textures receiving the same treatment, the combination of the detailed assets assembled together with the airport’s up to date layout makes for a very well optimized but immersive scenery to fly in, and out off.

Boise Air Terminal is now available for an asking price of $23.99 on the Verticalsim website.