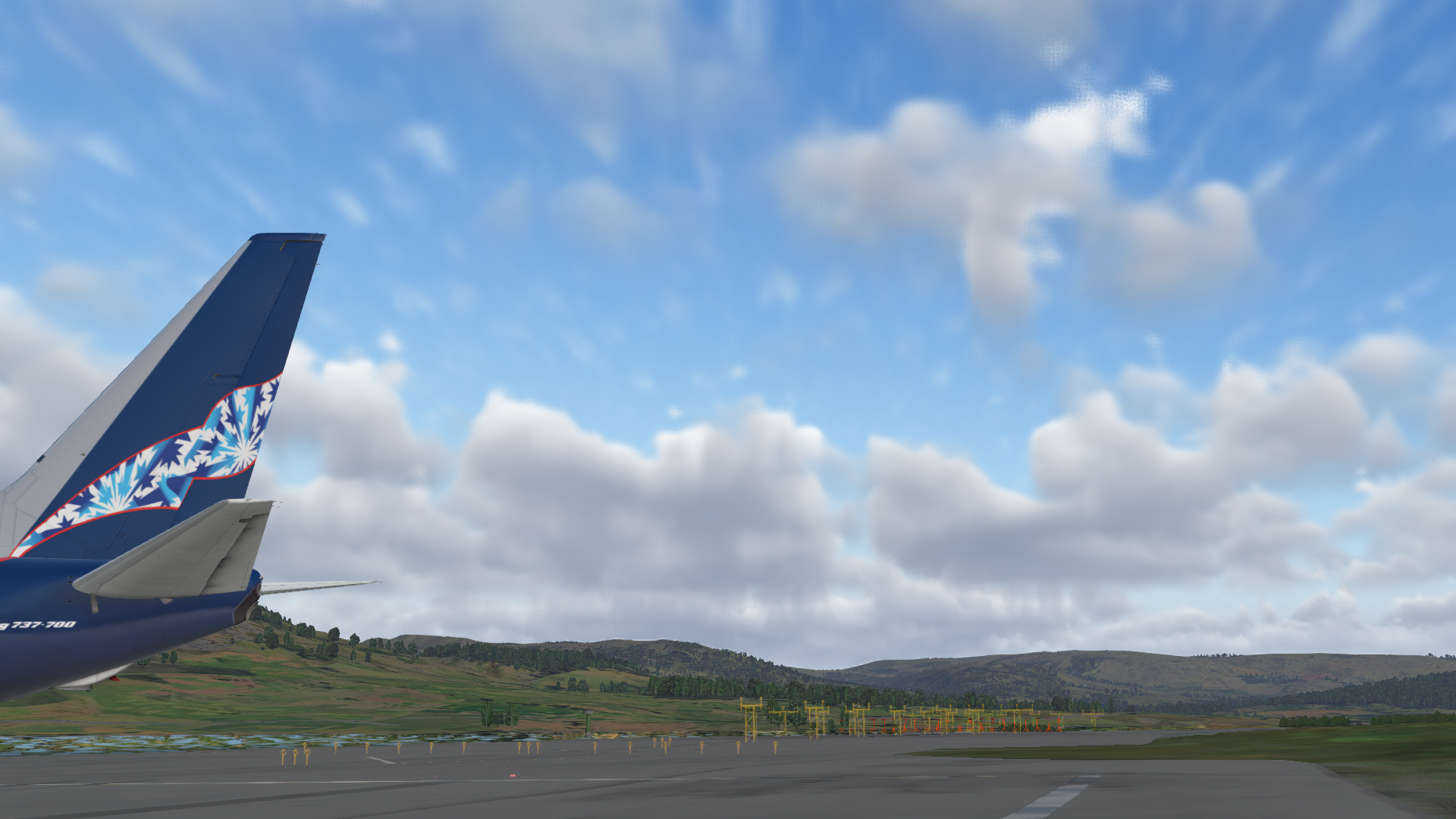 xEnviro version 1.10 has been officially released for X-Plane 11 by DarkSpace. The update is primarily built upon the dynamics of noise-rendered volumetric clouds, and does not use any 2D textures - no other major simulator environment is built on this concept.

In addition, it also adds dynamic snow coverage, a revised atmosphere, and many changes both visually and under the hood.

The update builds upon 1.08 and 1.09, which both featured noise-rendered 2D billboard cloud textures, and were a "stepping stone" towards 1.10.

On the Threshold Forum, public relations manager Magnus Lorvik gave a lengthy statement about its current state, openly communicating issues that are intentional to allow for better performance, and issues that still need to be fixed:

"So, we're well in to the in release candidate run. I will need to prepare you all for what's coming. The latest screenshots are from xE and how it will look at release but xEnviro 1.10 will release with a set of known issues. This is the first run of fully dynamic noise rendered volumetric clouds in any major sim environment. This is completely unproven grounds and in large new technology crammed into a shoe box. So this is where we start. 1.10 will have issues and it will have compromises. (Can't repeat that enough - but also I repeat that it does not stop here!)

"Let me explain (and this is important):
Lets distinct between issues and features by design that appear as a necessary or unavoidable issues. Something that we have to keep in existence to keep our final design inside the required frame of performance or visuals. I have called these compromises before. Like grain. We just cannot make clouds look nice and have high performance at the same time. Not today. We can't have a slider or toggle for it either since the change in resolution goes deep in to the code. Grain is unavoidable and exist by design as a trade off for performance. Same goes for low detailed clouds and a few other visually related artifacts.

"We don't like it but this is exactly how it should look in the final product.. Grain is just a very distinctive example but we have a lot of small features that don't look or perform exactly as they should in the ideal product but they exist in the current form just because this is the maximum of what we can have in the current environment. We could go and fix the gap between xE real horizon and xplane water polys but either distant pink mountains (those with no textures applied) emerge or add more extensive haze lowering the visibility range. We would then have a constant visual limitation of 10-20 km..  So we're choosing between three things - we chose to let some pixels of some grey color exist above the sea providing they are not visible all the time depending on the actual visibility.

"These are some of the compromises:
(unwillingly implemented or tolerated features by design)

"Here is the list of known issues:
Known issues or bugs are there because we need to move on and some were discovered too late. We just don't want to go back to beta and xE is usable as it is now. You have waited long enough and 1.11 won't be far off.

"To round this off:
These are just a few of the challenges we have struggled with and will continue to work on after 1.10. Along side the roadmap. We usually find ways around and mend these issues and compromises but we have come to a point where we have to say enough is enough. xE is where it can be enjoyed as long as you take in to account that it (as with any other weather addons) has it's limitations in its current state and with current average user systems. The difference is that we are now on fully dynamic noise rendered volumetric clouds. And we are now starting the run to perfect this technology so we in the future can experience a visually breath taking, living and well performing environment engine.

"This is just the beginning.

The update is free of charge for existing users. The update can be downloaded here. xEnviro can be purchased here from the Threshold Store for US $69.90, or x-plane.org for the same price.