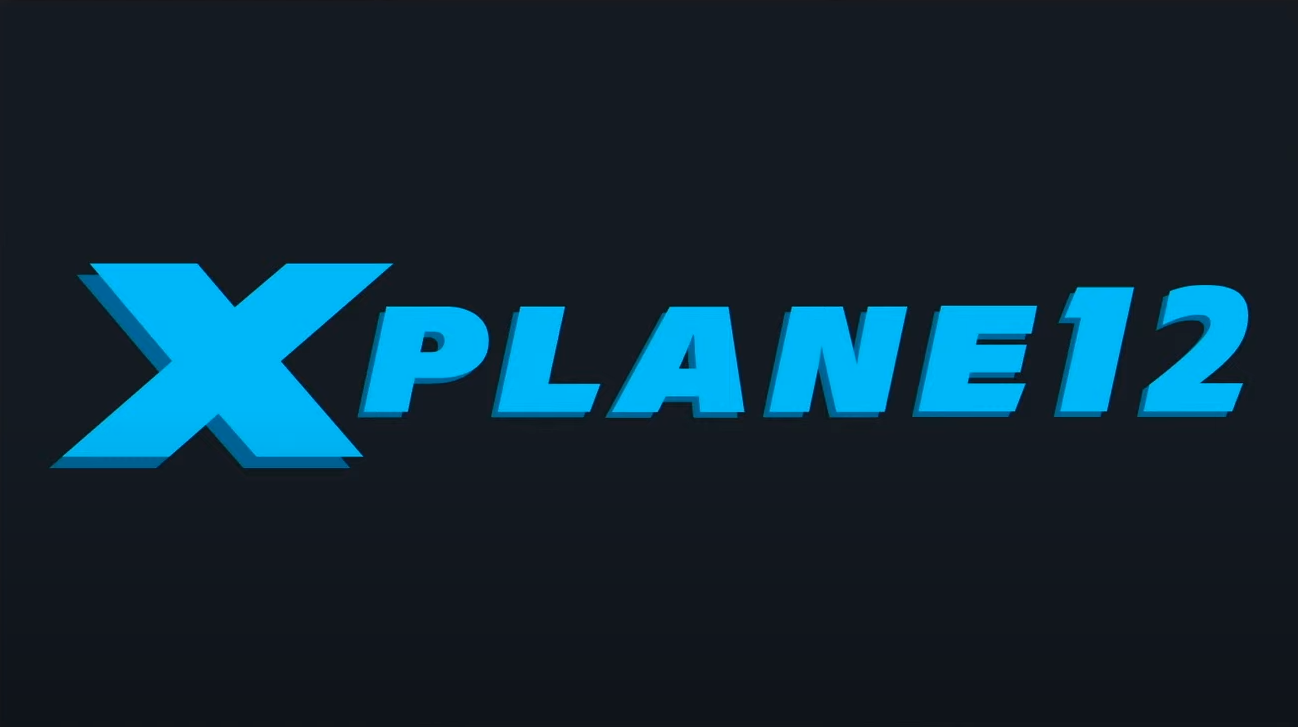 Thompson Meeks and the rest of the team from Laminar Research have taken to the stage in person in San Diego, as well as remotely to unveil their new offering to the flight sim world. The seminar hall was full as the audience looked at history being unveiled.

The presentation started with the unveiling of a new F14 Tomcat trailer, with an all-new HUD system inside. With a dynamic HUD that moves with cockpit movements, it adds a real sense of immersion into the world of X-Plane. The sweeping wings and new afterburner effect were shown alongside the gorgeous new atmospherics and trees. The preview video ended with the announcement that the new aircraft will be coming default with X-Plane 12.

The new weather system takes advantage of NOAA Grib Models to forecast the weather to make sure changes are smooth and seamless when flying, globally.

Alongside weather, comes temperate, and low temperatures bring icing, which is being overhauled inside X-Plane 12.

Weather ground effects are new in X-Plane 12 too. Volumetric puddles and snow will also be coming as part of this new system.

Librain is being integrated default in X-Plane 12, being developed by Sasokiselkov, the system will be integrated default in the next generation. Librain was previously missing in X-Plane 11 while running in Vulkan rendering mode, recently being made available again but requires developers to compile the code for their aircraft (and it loses the dynamic wiper effect) All of this seems to have been rectified in X-Plane 12, bringing glorious raindrops to every plane.

Alex Unruh from the art team was next up to address the fleet in X-Plane 12. The A330 has already been teased in X-Plane previously and today joins new plans for new aircraft joining the fleet. The A330 has been developed natively for X-Plane by Austin himself and has been designed with next-level systems to impress pilots.

With Thrustmaster TCA compatibility by default, Airbus pilots will be able to take flying the A330 to the max. Every hydraulic pump has been modelled on the A330, all working together to provide a well working Fly By Wire system. Alex went on to describe all the features that will be included on the ECAM pages. Whether it was the APU page on start-up or the landing gear page on the final approach.

Daniela was up next with sounds in the simulator. It was confirmed that the all-new aircraft will have full FMOD sounds. Also announced were ambient sounds for objects such as sounds, waves, trees rustling and even birds chirping (before being interrupted by your loud jet engines). All the sounds react to real-world variables such as wind and time of day, ambiently changing automatically.

Continuing on sounds, airport vehicle sounds have been added. The sounds are dynamic, reacting to what the vehicle is doing, such as a hydraulic lift on a catering truck or a rumbling engine of a pushback truck.

A new feature that will also be added in X-Plane 12 is default Jetway animations, being a key missed part in X-Plane 11, Pilots will be able to audible hear and see the Jetways connecting.

Ben Supnik was back with art, addressing visuals and scenery.

First addressed was trees, gone are X-Plane 11 rotating billboards. Up close the trees are rendered in full 3D and are animated to sway in the wind. From further afar, billboards will be making a return, but they are done in a completely new way to improve realism by a large amount.

In X-Plane 12 seasons will be default. Using real-world climate data and biome data, they will be able to adjust seasons in certain parts of the world. The new engine will fit perfectly with the new forest system as in the winter, leaves will be stripped bare.

X-Plane 12 will also be obtaining a new Autogen system. Autogen is receiving a large update, bringing new better classifications of areas such as industrial, commercial and residential. Also new will be updated and vastly improved objects such as new stadiums, golf courses, parks and even cemeteries.

Water was the last visual update to be discussed today. Like most areas, water will be subject to a large graphical update, with new 3D water waves. X-Plane will also be able to know the depth of the water and the colour of the water, further improving its accuracy.

Philipp Ringler was up next, addressing dual controls. X-Plane 12 will also be obtaining a dual control system, this will allow separate controls to be used while in flight whereas we are used to synchronised controls. This was shown in the new Citation X, where the pilot was able to spilt the controls and control a certain control surface.

Hydraulic control surfaces will receive a large revamp, allowing specific flight controls to be able to fail. If you lose a hydraulic pump or two, the subsequent flight controls will be failed, and be unavailable for use.

Phillip wrapped up his section by explaining the new Avionic systems coming to X-Plane 12. The default 737 will now have more readable text of waypoints on your ND and navigation system. Two brand new aircraft that will be joining the default X-Plane fleet are the Cirrus SR22 with a GCU keyboard controller that works in pair with the G1000, as well as a Citation X, which comes with its own digital flightdeck based on the Honeywell Primus. The Primus FMC will join the Collins default FMS that was in X-Plane 11 paired with the new Primus 2000 PFD.

In summary, new aircraft confirmed to come to X-Plane 12:

Let us know if we missed any!

A new team member, Jim keir, was next to the board to address the ATC system. The system is to receive many updates and a general UI overhaul to improve its useability and feature set. Many new tabs have been added to the atc system including the message log, frequency list and respective ATIS frequencies, as well as the flight plan and information dialogue. The atc command menu has received a large update as well, to improve the user experience. Users will now get options to talk with the atc. You are now also available to use a push-to-talk mode to talk to ATC, just like you would with real-world atc.

Localised procedures were also added, with new voices, changing in each region, also varying each time you fly to add variety to your flying.

VFR commands have also been added to improve VFR flight following, with new traffic readouts and terrain readouts, meaning you will no longer be vectored into the nearest mountain peak on your descent.

The timeline was the final topic to be addressed, it was stated that next on the list was a beta for third-party developers to bring their products up to speed and optimize them on X Plane 12. Shortly after, a public early access phase and then a full release with keys, physical disks.

A question and answer session followed, below are a highlight of some of the key questions:

A: “As we get closer to release, once we get to early access, if you have purchased X-Plane 11 off the Laminar research website, your key will work on both X-Plane 11 and 12.”

It is worth noting that this does not imply all current owners will receive X-Plane 12 for free. It implies that once the open beta for X-Plane 12 kicks off, those who purchase a key for the simulator during that phase will receive access to both stable X-Plane 11 and X-Plane 12.

Q: “Are there any plans for a new Helicopter in X-plane 12?”

A: “Yes, there will be, but I will leave that one for a surprise”

A: “No current hardware recommended specs, we expect it to run well on the typical PC hardware setup”


Threshold will keep you in the loop as more information becomes available.

If you are at the expo this weekend, an early copy of X-Plane 12 is available for use on the Honeycomb and Thrustmaster stands. If you fly it, make sure to share any pics with us on social media!