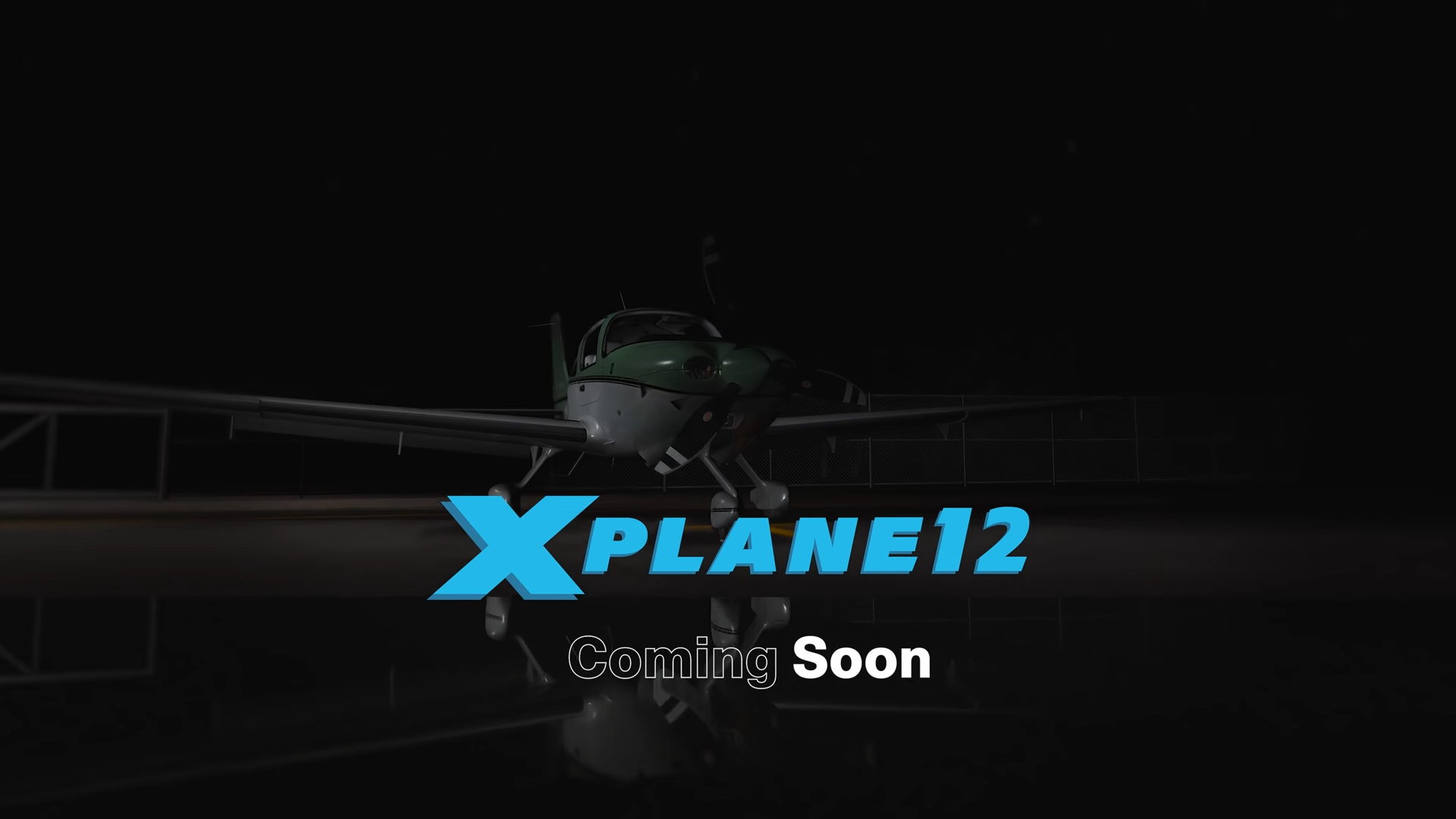 Various previews and trailers have been dropping thick and fast by Laminar Research over the past few days, with previews being shared of various aircraft within the simulator environment. Three of the four videos shared have been shared by Michael Brown, who is a close affiliate of Austin Meyer, but not directly involved with simulator development. Brown is also the owner of X-Force PC, another company with close ties to Laminar.

The final video shared is an official trailer of the Cirrus SR-22, produced for Laminar Research by Aviation Lads, a flight simulation promotional content creator.

Below is a summary of each video shared by Michael Brown, including a detailed breakdown of the snow and ice featured in the A330 preview video.

The video first starts off with Austin showing off his personal aircraft, the Lancair Evolution, which has been integrated into the current Alpha build of X-Plane 12. The aircraft will be shipped as an included GA aircraft when the simulator is released to the public. The video demonstrates the various new additions that X-Plane 12 offers, whilst taking a look at the exterior of the aircraft, viewers can take notice of the ice patches on the runway and the new volumetric clouds. Austin then showcases the cockpit of the Lancair and all of the airframe unique features he has implemented in the real world aircraft, which has then been translated into the simulator.

Austin rounds off his showcase of the aircraft by showcasing the simulator’s new volumetric lighting engine, thoroughly explaining what has been done and what is currently being done to make it smooth and flow as best as possible whilst climbing and descending. He then goes on to show the speed, and agility of the Lancair Evolution and explains why this GA aircraft is different from all others.

Similar to the video featuring the Lancair Meyer, this video starts off with no delay and jumps directly into discussing runway icing conditions. According to Austin, the ice behaves as ice would naturally behave in reality. As temperatures climb, ice will turn to puddles and as temperatures drop below freezing, puddles turn to ice. While this may sound elementary, having this visually modelled and represented is unheard of. Briefly touching on a major detail that Austin vaguely mentioned, but we couldn't help but notice, was the taxiway and runway textures, which certainly are an improvement from X-Plane 11, to say the least.

From ice to A330, Austin is quick to change topics and begins sharing his thoughts on their new default A330. His excitement is almost tangible and rightfully so, the aircraft looks fantastic. Giving praise to the artist responsible for the texture work, he highlights the intricacy in the textures and modelling, in particular the bump maps. Austin also discusses the depth of the systems in the aircraft, which appear to exceed the normal level of detail in X-Plane default aircraft.

An interesting aspect of the aircraft which was extensively discussed in the video was the “Eagle Claw” landing gear. Austin outlined the physics behind the shock absorption mechanics, explaining that the aircraft will simulate the softening effects that this landing gear design has on touchdown.

While discussing the mechanics behind the landing gear, Austin is quick to reassure current users that the flight dynamics, which X-Plane is renowned for, are still the forefront of the team's focus and are not by any means traded for better visuals. As the video continues we get a glimpse of some magnificent sights X-Plane 12 holds such as the new 3D clouds, which Austin stresses are still a work in progress. Even more importantly, a highly discussed yet grey area in the X-Plane community for years was addressed, Austin mentioned he had put a team together in Eastern Europe to work specifically on scenery textures. I know hearing this will bring tears of joy to many current users, with the current versions of X-Plane being majorly shadowed by poor ground texturing by default.

As we enter the last quarter of the video, the discussion focuses back on the flight dynamics of the A330 itself. For those who enjoy commanding heavy metal aircraft, be rest assured the aircraft behaves accordingly. With the restricted bank angels, sluggish reaction times and the almost untameable momentum, Austin makes it clear that no detail was missed in this respect.

The video ends with a bang, which is a polite way to describe the landing, with Austin perfectly displaying the undivided attention such an aircraft requires, coming in at 300 Knots on final and overshooting. We know this is by no means a display of Austin's piloting skills, but rather a perfect example that this aircraft is no paper plane, and requires one's full undivided attention.

Check out the video on A330 and everything icing below:

The last video to be shared on Michael Brown’s channel is Austin “showcasing” the new F-14 Tomcat. The showcase features Austin taking the Tomcat out of New York’s JFK airport with full afterburners, followed by a swift climb to an altitude where the sunrise can be witnessed in its full glory. Austin then follows this by demonstrating the famous wing sweep of the aircraft and the full flight dynamics being modelled during different stages of the wing sweep. A quick aero refuelling is completed (within the X-Plane menus) after running out of fuel by running full afterburners, then video turns to Austin demonstrating a carrier landing.

While the landing was rather impressive, the approach was less graceful with a steep descent from a high altitude being completed using full speed brakes, flaps as well as extended gear. The carrier landing also showcased the fully functional landing hook modelled on the aircraft.

While the actual aircraft carrier in the video is the default one from X-Plane, Austin mentioned that a new one is being worked on for X-Plane 12, with a visual artist currently working on the asset, which will greatly improve the visual environment within the when flying over water bodies.

Fancy exploring the F-14 Tomcat in more detail? The video below is the one for you:

This summary of all developments is rounded off by Laminar Research’s official trailer of the new default Cirrus SR22. While not designed to compete with products such as Torquesim’s Take Command! series of Cirrus aircraft, the aircraft will most certainly be a welcome addition to the simulator.

The video, edited together by Aviation Lads, runs in the format of a cinematic completion of a full flight in California taking in famous signs such as the Hollywood sign. The video also demonstrates various capabilities of the simulator itself such as the new rain and icing effects on the windshield. The aircraft itself seems to have a good level of systems modelled including the standard G1000 unit as well as an oxygen system, demonstrated in the video by the aircraft climbing to an altitude of FL150.

Sounds are also demonstrated, where a high-quality sound set has been implemented for the aircraft, hopefully being ported to aircraft like the default Cessna 172, setting a higher standard within the simulator.

Of course, the gorgeous new weather system is demonstrated as well such as in the screenshot above. Many different weather cycles were shown such as towering clouds, rain and icing conditions.

Find all of the above mentioned in the official trailer below:

Towards the end of the video where Austin is showcasing his Lancair Meyer, he briefly touches on the current status of X-Plane 12. He stated that there are about 100 current testers, 20 of whom are in direct contact with him. He also stated that work is hoping to be completed on the road network of X-Plane 12 and updates on coastline texturing. Austin addressed hopes for an Open Beta soon, but no date was given or specified as of today.

That’s all for this week’s exciting spell of X-Plane 12 previews, check back on Threshold regularly to make sure you never miss the latest updates on the newest generation of the simulator.