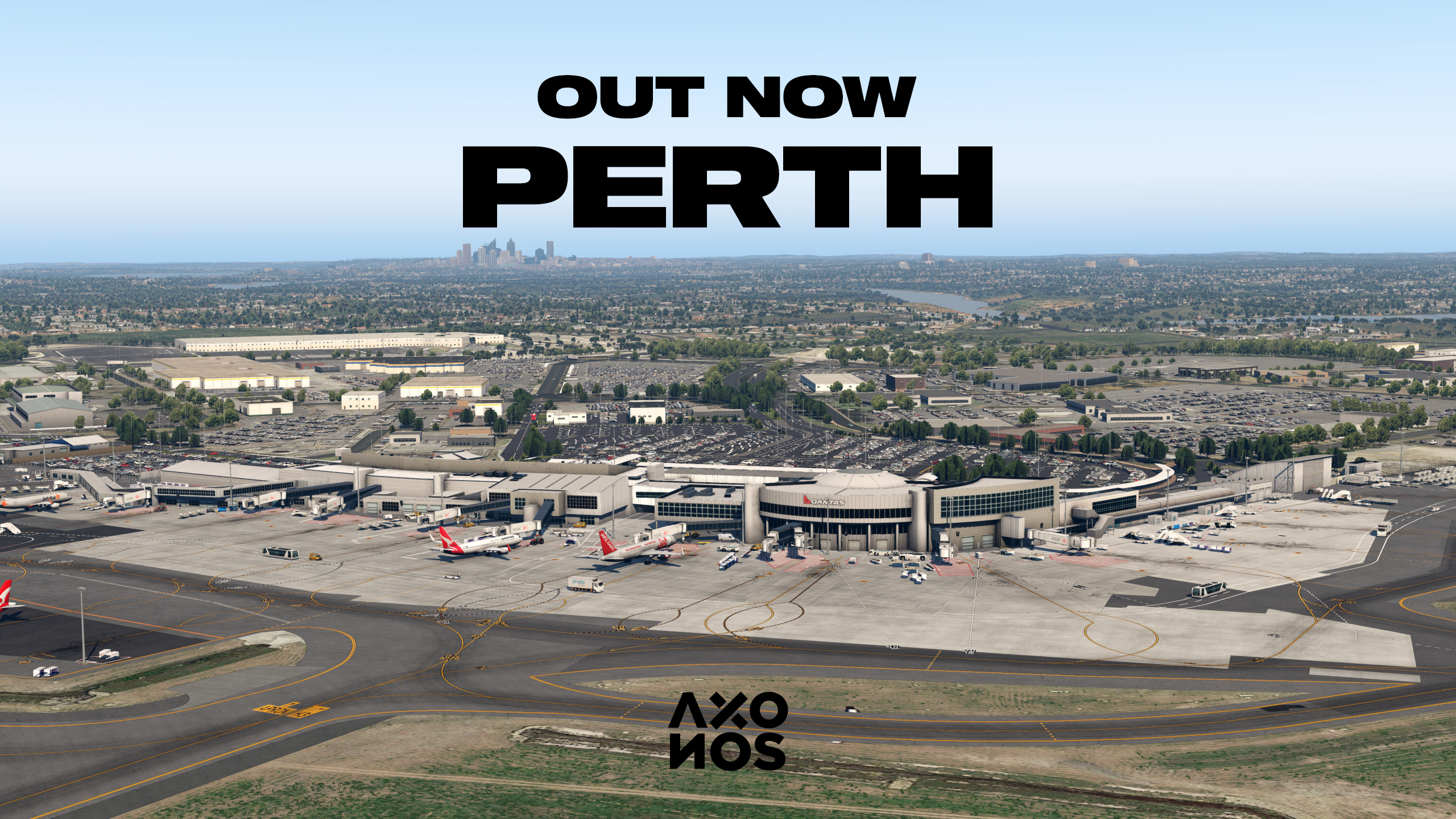 After an extended development period, Axonos has finally released its rendition of Perth Airport for X-Plane 11. Originally a conversion of Malaysia Flight Sim Development Group, the project was brought back to the drawing board and was redeveloped to be the team's flagship showcase of their development skills. The release of Perth Airport brought to an end to the team's rebranding process from JustAsia as they transition from producing converted sceneries to creating their own in-house products.

The real airport serves the Western Australian capital of the same name, home to the start of Qantas’ Project Sunrise flights, Perth's CBD straddles next to the beautiful Swan River as it overlooks into the Indian Ocean. The airport serves as an increasingly important gateway into Asia and Europe, with the first direct non-stop flight connecting Australia to London commenced in 2018, with Qantas flying between London to Perth, operating daily return flights with a Boeing 787-9.

The team is excited to produce the first full-fledged detailed rendition of Perth in Flight Simulation. The scenery includes  major Perth CPD landmarks for a more immersive approach and departure experience.

The team placed equal attention across the entire airfield with fully custom 3d models, all textured with 4K PBR in Substance, with the groundwork receiving the same texturing attention.

The scenery costs $22.50 USD (not factoring in GST/VAT), available on Threshold Store and Simmarket, followed by X-Plane.org, subject to the store's response time.