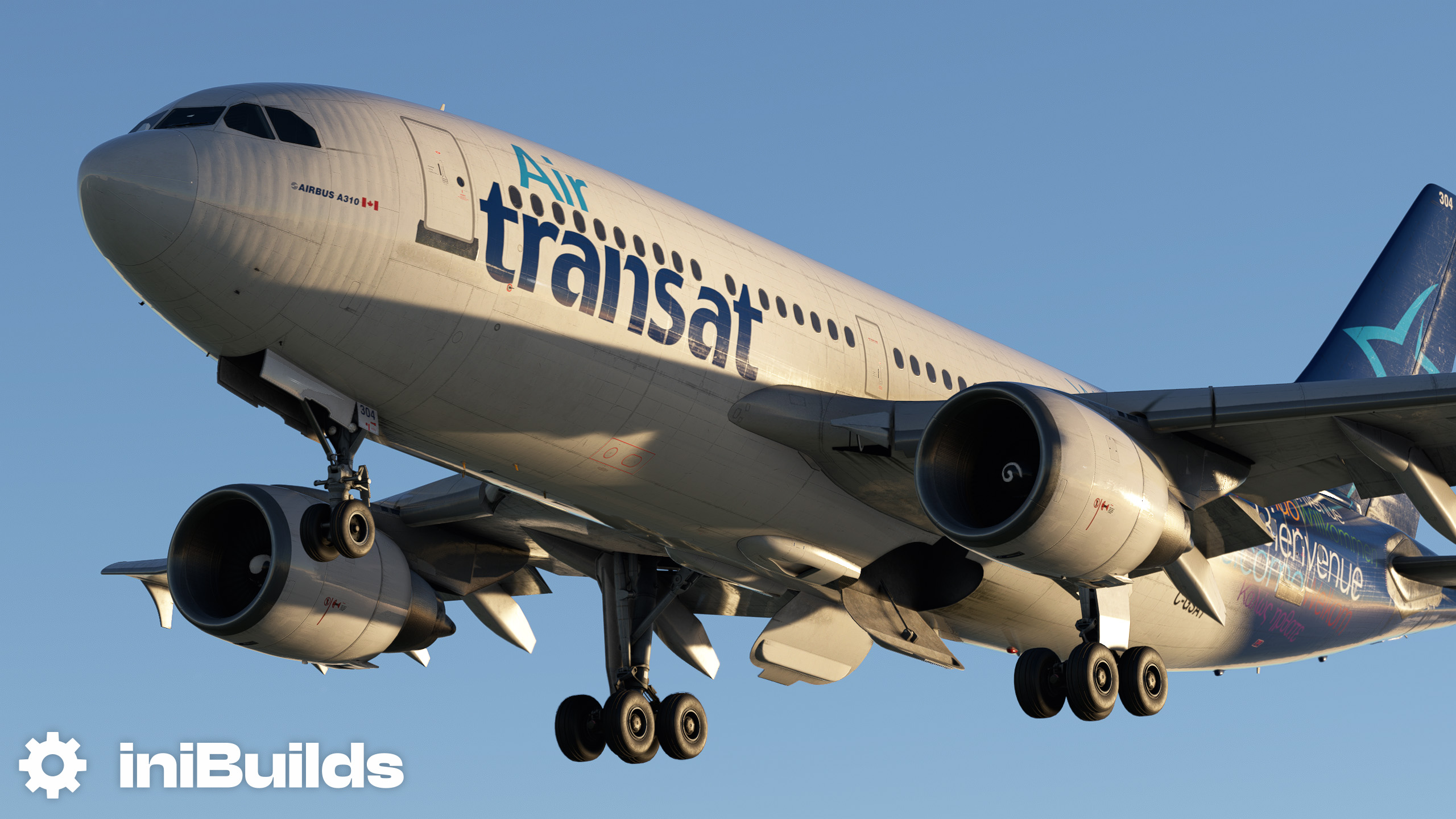 iniBuilds Announces Microsoft Flight Simulator Partnership: A310 to be Free

iniBuilds' aircraft development branch have shared perhaps the most significant development update in their history this evening with news that a partnership has been struck between themselves and Microsoft Flight Simulator.

Users will benefit from a free copy of the group's A310 aircraft for the platform, which outside of Microsoft Flight Simulator currently retails for £69.99 GBP.

In a post on the iniBuilds forum, chief executive Ubaid Mussa explains what's to look forward to with the shortest Airbus wide-body:

"The aircraft introduced a two-crew glass cockpit and is truly a versatile aircraft perfect for short-long haul operations (up to 10 hrs!). It existed in many variations and iterations; our aircraft on initial release will be the A310-304 powered by General Electric CF6-80 engines, passenger variant only."

The iniBuilds team have reportedly re-modelled a number of 'significant areas' about the aircraft as well as having undergone a complete re-texturing since the last set of previews, which you can check out here.

Additionally, a real A310 has been used in development of the audio environment.

"Moving onto systems: we have completely re-written our code base for the Microsoft Flight Simulator version, enhancing and improving our A310 systems in all areas from the previous iteration of this product."

"Significant parts of aircraft have greater levels of dynamic behaviour and reliance for example in our electrical system; each item within the aircraft has an impact on the power drawn from the generators, even individual fuel pumps, which will cause realistic electrical system demand changes.

"The FMS (flight management system) which is an essential component for the navigation of the aircraft, has been completely re-written from the ground up allowing for more realistic operations on day-day flying, along with new features not previously seen on iniBuilds products. The FMS will allow for full lateral and vertical guidance modes including RNAV approaches and overlay NDB VOR approaches."

The largest news of the announcement in fact comes right at the end: iniBuilds' A310 for Microsoft Flight Simulator will be available for free as part of the 40th Anniversary Update in November 2022.

Mussa calls this a fantastic step for the industry in the ability to provide high quality aircraft simulations.

See more at the announcement of the A310 for Microsoft Flight Simulator in a previous article.