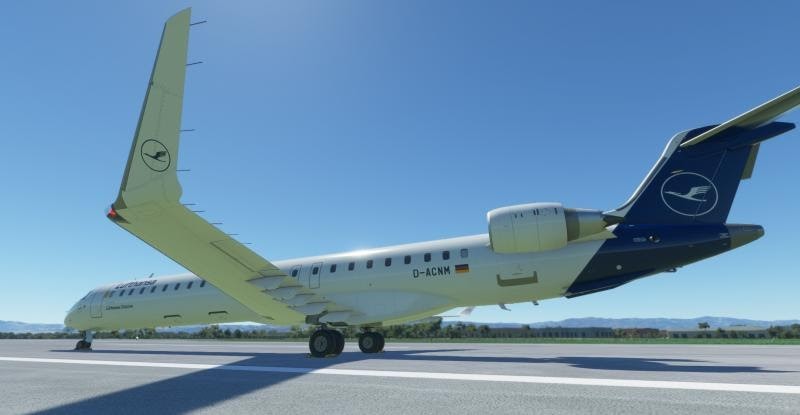 This follows the release of the base package CRJ 550/700 model back in mid-March 2020. These are the first images of the CRJ 900/1000 variants of the aircraft that Aerosoft has previewed.

Expected to be similar to the expansion package, Aerosoft’s CRJ 550/700 features the following:

Aerosoft also stated that their “next Liveries [to paint] are SAS, Air Nostrum, Air France Hop! and a nice SkyWest 35th anniversary paint”. The Lufthansa paint scheme is used on the images previewed.