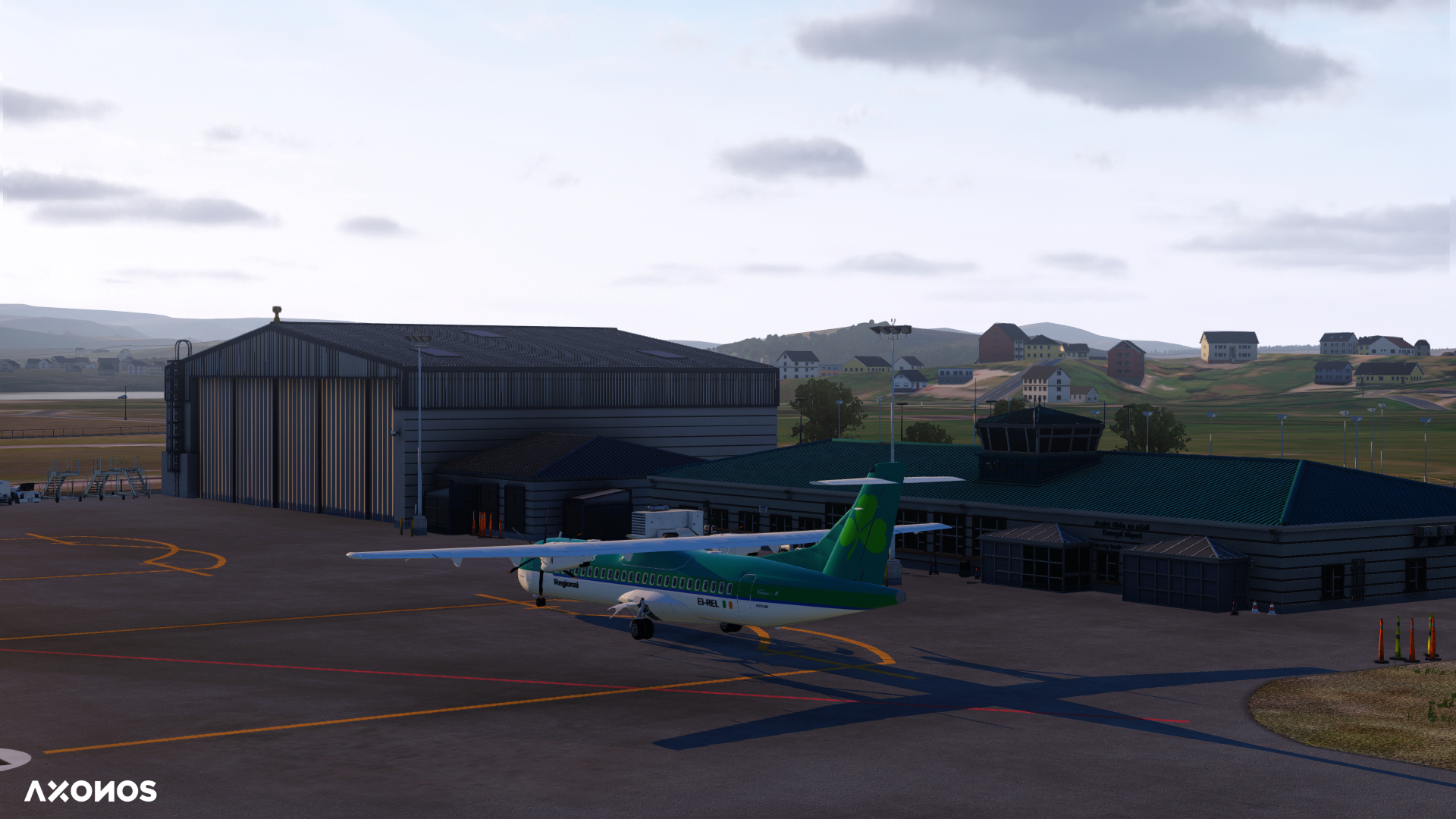 Just six days after releasing a teaser image for the airport, Axonos have released their rendition of Donegal Airport. In response to Boundless’ release of the same airport earlier this week, the developer has decided to make it free for all users.

According to Axonos, the airport has been “created to the highest level of detail”, including PBR ground textures, color-corrected ortho imagery and much more.

A list of notable features has also been provided by Axonos, which reads as follows:

In other news, Axonos has teased an upcoming airport in their Discord server, which was confirmed to be Jackson Hole Airport, at the moment there has been no further information about the scenery. The teaser image released can be seen below:

You can download Axonos’ rendition of Donegal Airport from a link in their Discord server, and you can find the original teaser of Jackson Hole Airport in the same place.