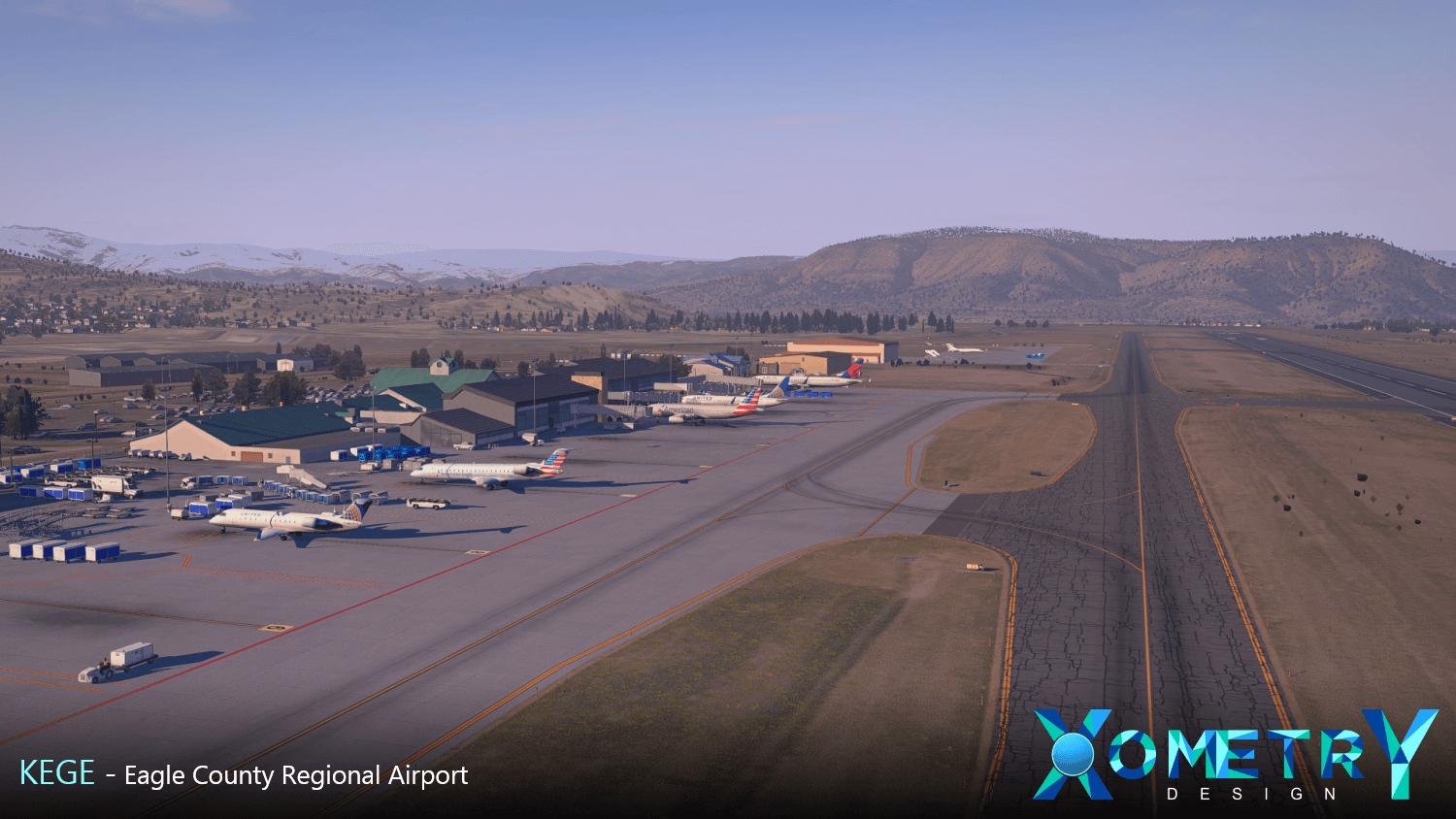 With this release, the team marks a return to the US after their debut airfield, Victorville in California. The real airport is a regional node in the extensive US network, offering short and medium haul flights, both regular and seasonal by several airlines to major cities across the United States, from Los Angeles (LAX) to Chicago O’Hare. Apart from commercial operations, the airport also sees significant General Aviation and Charter flights. The airport is recognised as one of the world’s “Most Extreme Airports”, in part due to the airfield’s locale; with high elevation, weather, and challenging approach and departure procedures that require navigating through mountainous terrain - this release will be sure to test your virtual airmanship.

For Xometry’s recreation of Eagle County Airport, the team brings a modern replication into X-Plane which contains the usual frills one finds in a scenery add-on these days; featuring high resolution everything, detailed 3D and then some:

You can now purchase Eagle County Airport for £14.99 ($20.83) on the iniBuilds Store, for their previous releases, visit the team’s catalog on the store.