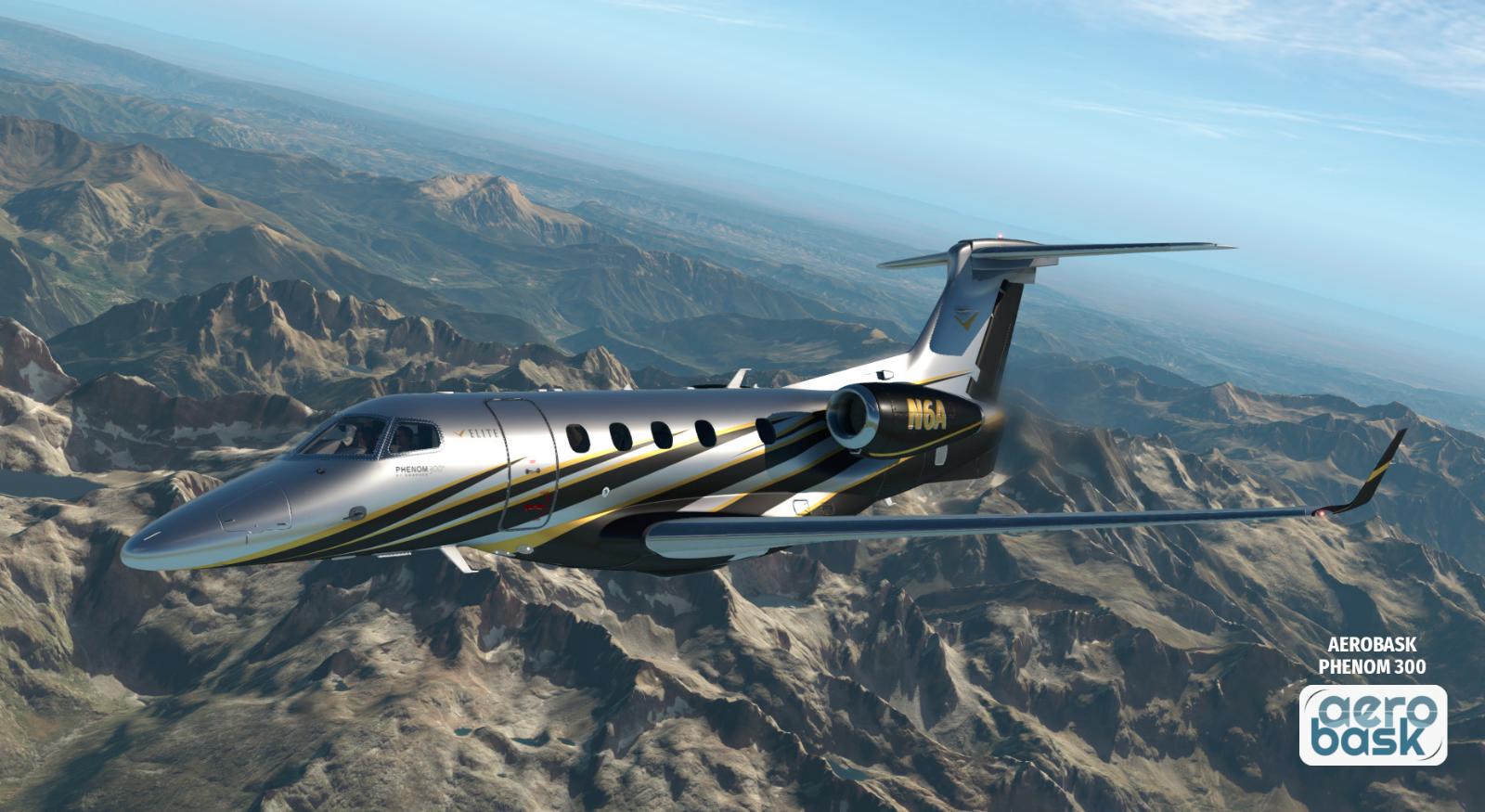 Continuing with a streak of business jets, Aerobask has taken to the X-Plane.org forums to announce the latest business jet to be added to their Hangar, the Phenom 300. The news follows the recent successful release of their Epic Victory E1000 in November 2020 and the ongoing development of their Dassault Falcon 8X.

Aerobask is working in partnership with Dassault Falcon to develop the Falcon 8X. The developer recently posted a video of the aircraft with many functional systems including a working Heads Up Display (HUD). The aircraft has been in the works since March 2019 with numerous preview videos and screenshots being posted since that date. The most recent of these was posted on the 9th of February, find the news in our previous article on Aerobask.

The Phenom 300 (EMB-505) is a light jet aircraft built by the Brazilian aircraft manufacturer Embraer. The aircraft is fitted with 2 rear-mounted Pratt and Whitney PW535E turbofans and offers a range of up to 2000nm.

To find all details on Aerobask’s latest project, head over to the X-Plane Forums.

Thanks to pilott192 in the Threshold Discord Server for the tip-off to the news.