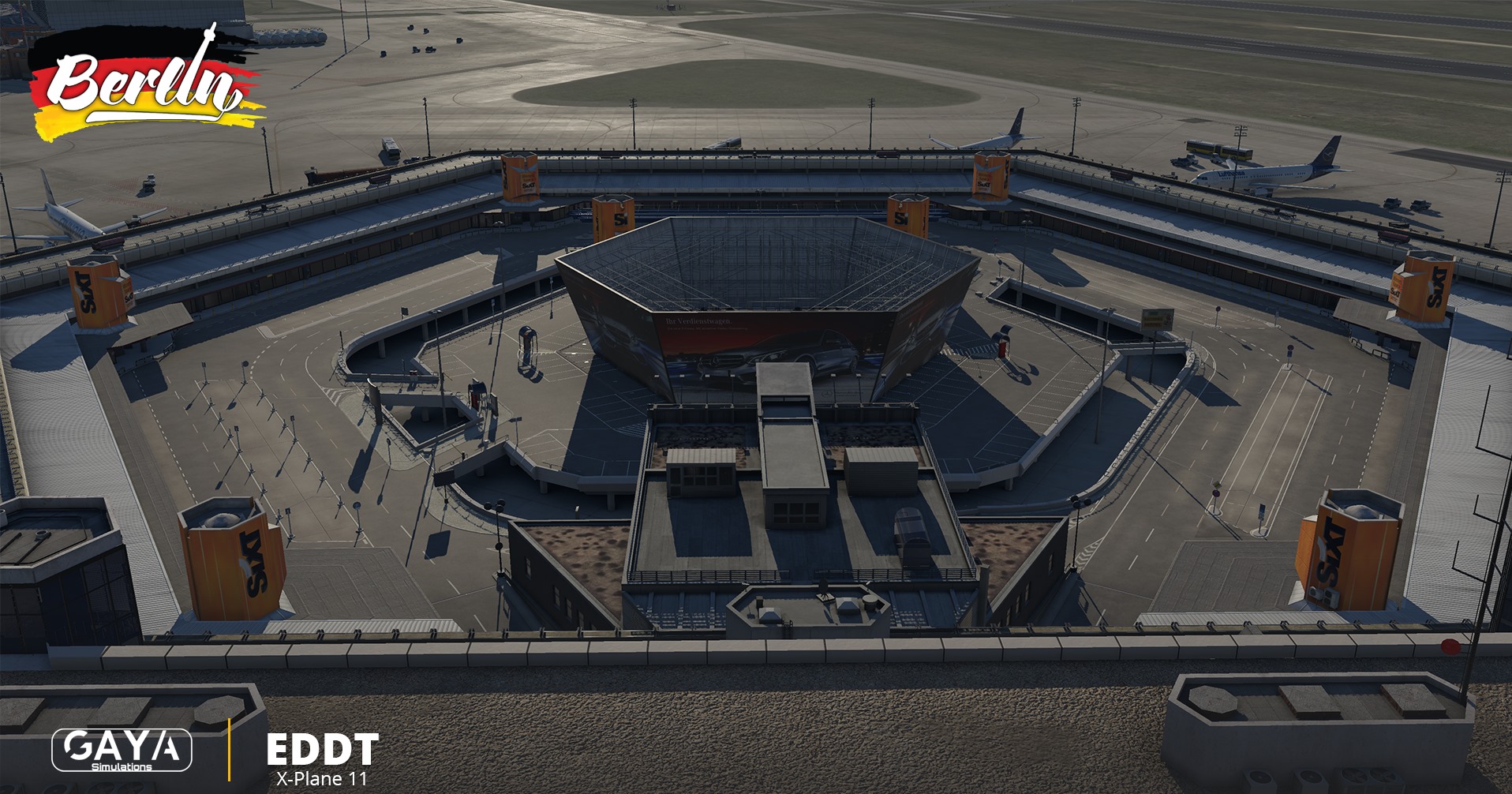 The first screenshots of Gaya Simulations' Berlin Tegel Airport in X-Plane 11 have been published this weekend, as seen on their social media channels.

Nine images in total were published showing a range of perspectives around the airport, including the main terminal, miscellaneous objects, and the Boeing 707 that resides there. In the case of the latter, a render of the classic jet was first shown one month ago.

The scenery was announced for X-Plane 11, Prepar3D, and Microsoft Flight Simulator at the beginning of May in a weekend that saw three announcements from the developer; Kristiansand (ENCN) and Florence-Peretola were the other two airports that joined Tegel, though previews of the airports have been scarce so far.

Opened in the 1970s, the design of Berlin Tegel has become a considerable issue over the past few years prior to the coronavirus pandemic, with the airport operating far beyond its initial closing date.

The airport will now stay open until the end of October this year when it is hoped Berlin Brandenburg will finally open after nearly a decade of delays.

Gaya Simulations has already noted the winglet on the Airbus A320 in the screenshot below is a "little bit different", and has said the aircraft will get "massive treatment before the release".