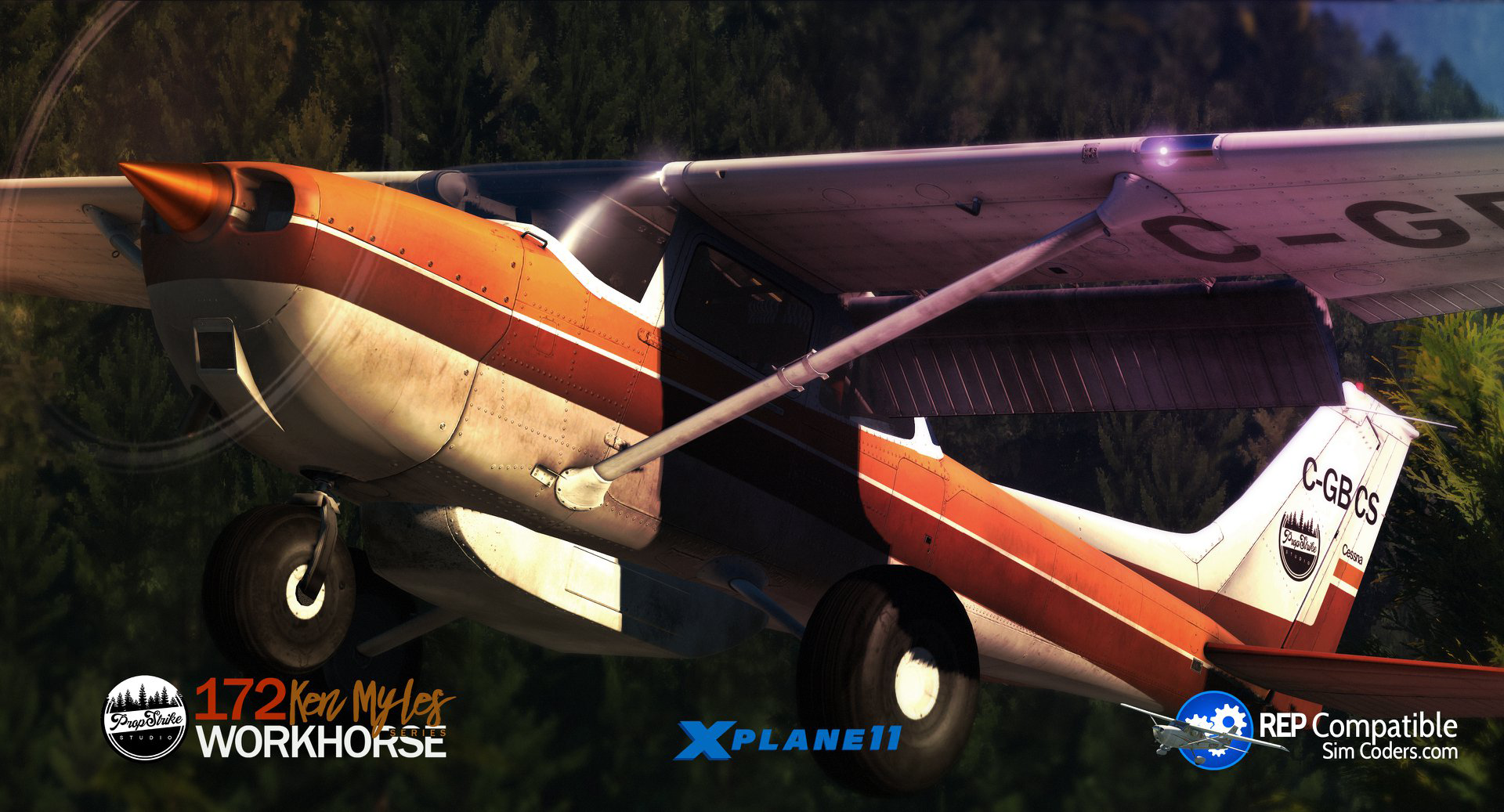 Today, our friends at PropStrike Studio introduced us to Ken Myles, a former pilot at the Quatam River Airport, which the group had previously released a scenery for. Ken shared his stories from the logging facility in south-central B.C., which inspired the developers to create a freeware mod for the default C172 to simulate Myles' adventures in Laminar's sim.

The mod will feature a cargo variant of Cessna's most iconic plane, as well as tundra tyres, an Angle-of-Attack indicator and some fishing rods "to make things a little more fun". Also included will be a tail-dragger version, reminiscent of the Cessna 170 that proceeded it.

The team is working with the SimCoders to bring native integration with the REP package for the Laminar C172.

PropStrike's Cessna 172 bush mod will be available soon, so stay tuned for further news (see the Facebook post here). In the meantime, check out the X-Plane rendition of Quatam River Airport, the place which started it all for Ken.