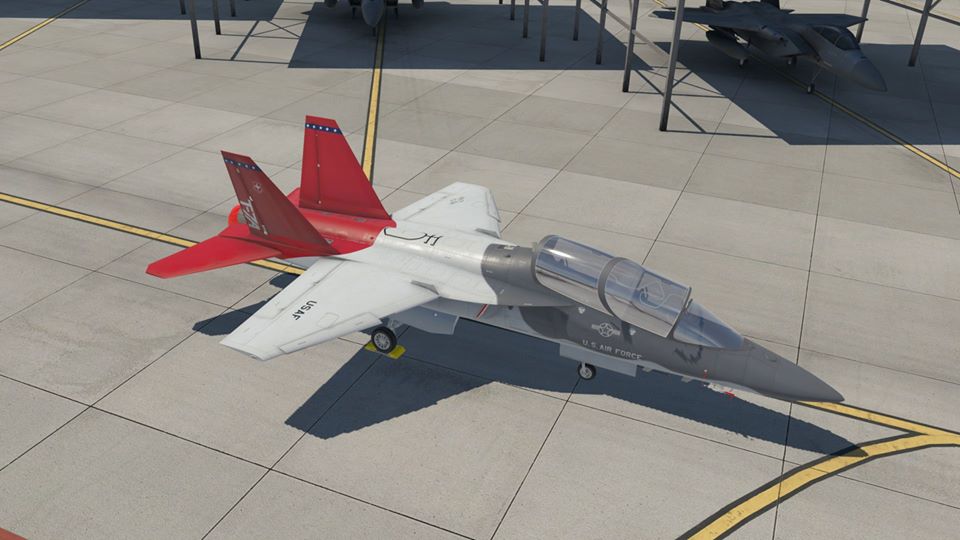 Angle of Attack Simulations have just released an update to their Boeing T-7 Red Hawk, furthermore, more interior renders of their upcoming V-22 have been released.

AOA Simulations are well-known within the X-Plane community for their many, mostly military, aircraft that have been released for the platform. Most recently, work had started on updating the T-7 Redhawk, the U.S. Air Force’s next-generation advanced trainer to version 1.2. This period of development now comes to an end with this release as the developers recenter their focus on the two other current developments of the studio. One of the developers is actively working on modelling the tiltrotor’s interior whilst the two others are working on the remastered F-35B.

The T-7 update focuses mainly on updating the fighter’s systems as well as on fixing user-reported bugs. Here is the main changelog:

- Automated systems can now be disabled

- Use of the "Start with engines running" checkbox is now supported

- AoA indexer added in the HUD for T-7N Navy Hawk

In the renders posted on the developer’s Facebook page, the V-22’s interior cabin can be seen. “As you can already see, there will be a lot of animated and user-customizable equipment. [machine guns...]”.

If you do not already own the AOA Simulations T-7 Redhawk for X-Plane 11, it is available on the X-Plane.org Store for $36. If you do own it, simply redownload it from the store free of charge.

A month ago, AOA previewed their upcoming F-35B v2. Check out our article covering it.