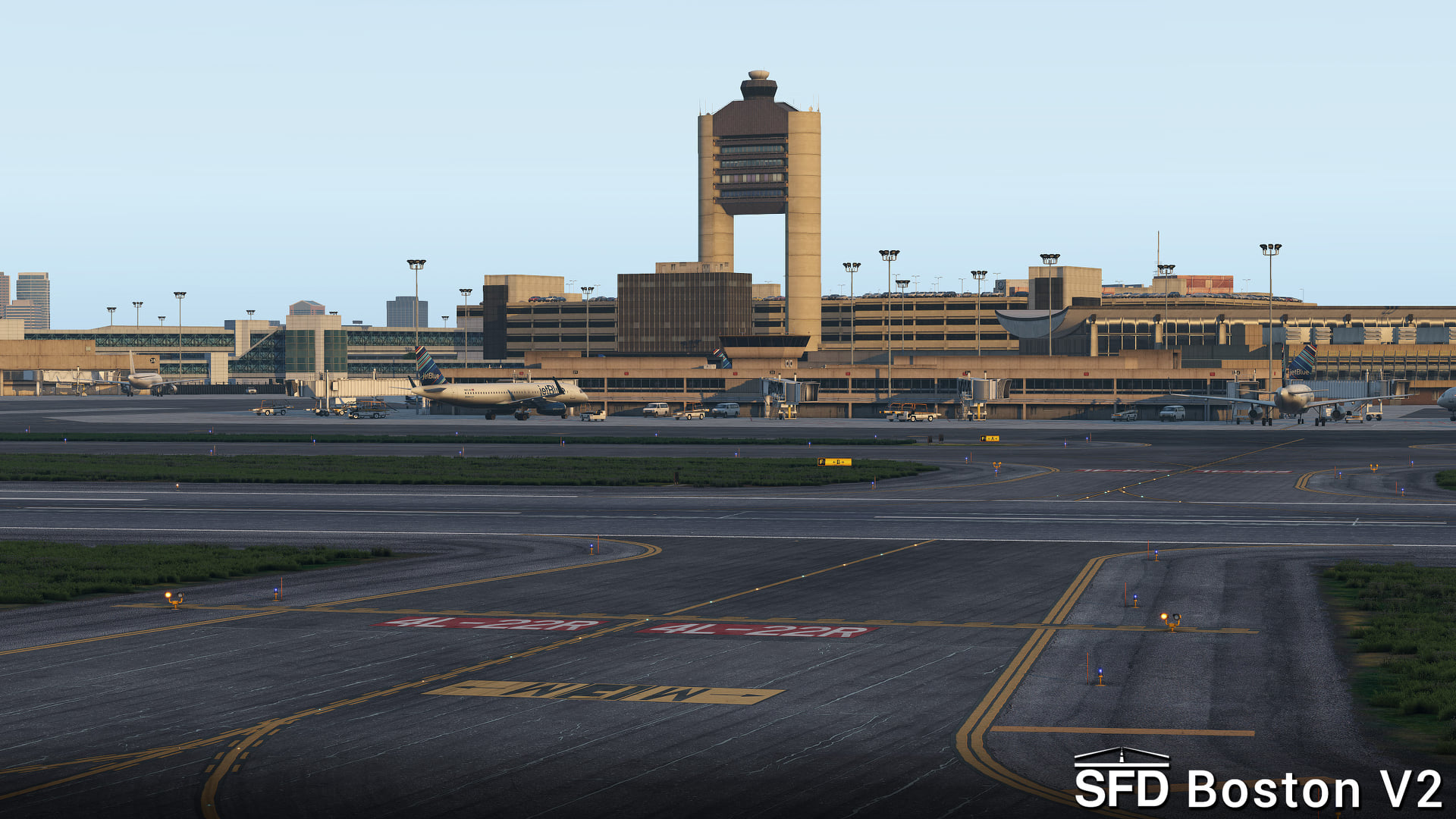 Released under the 'MisterX6' title, ShortFinal Design's Boston-Logan Airport rendition is up for an update very soon, with new previews emerging today of the work undertaken.

The changes for the new update appear to mainly focus on bringing the 2016 scenery up to date, with the addition of new terminals to reflect the real-world airport.

Additionally, accomodating advancements in X-Plane scenery development since its release, the new Boston update will also include reworked ground textures.

A move to Scenery Animation Manager jetways will also be made for the freeware title.

It's the developer's second move of the new year, with the first coming in the form of an update for his payware Munich (EDDM) rendition.

That update, v1.1, added Scenery Animation Manager seasons, updated the GroundTraffic plugin to be compatibile with Vulkan rendering and more.

In terms of previous releases, ShortFinal unexpectedly dropped Hakodate (RJCH) at the end of 2020 as a gift to customers. To learn more about that scenery, see a previous article.