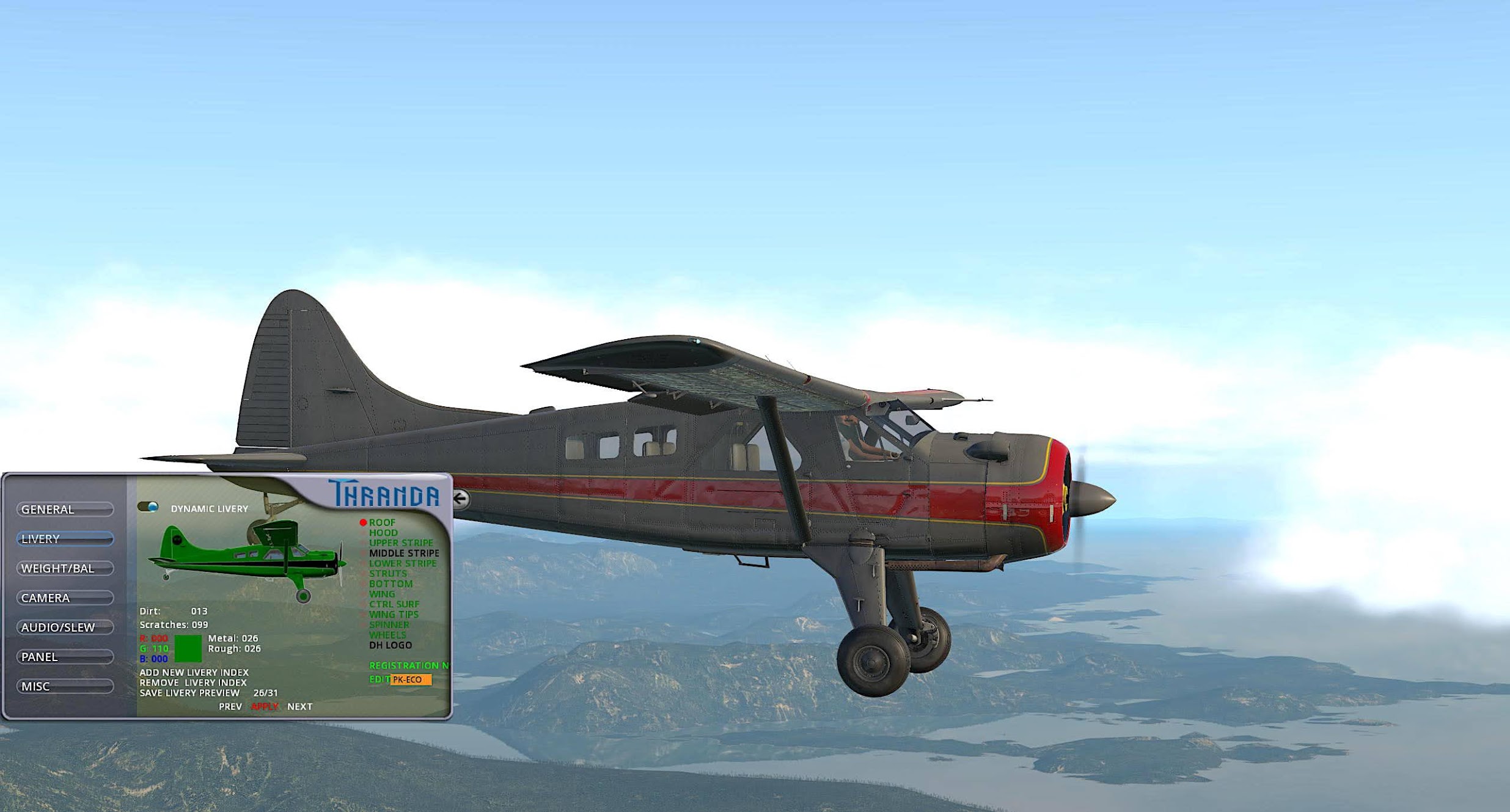 Thranda Design’s latest aircraft to be released, and the latest in their “DGS (Dynamic Generation Series)” is the DHC-2 Beaver for X-Plane.

The Beaver has been in development since the start of mid-September and is to join Thranda’s existing lineup of aircraft including the Pilatus PC-6 Porter and the Kodiak Quest.

Also included in Thranda’s lineup is the PC-6 “Adventure Pack” which adds many new features including visual skydivers and an amphibian variant to the aircraft, among other features.

Alongside their own in-house lineup of aircraft, Thranda cooperates with other developers to port over aircraft from other simulator platforms, predominantly P3D. Developers to have worked with Thranda include Just Flight and, in the past, Carenado. Thranda is now working with Just Flight to bring the VC-10 and Avro RJ Series to X-Plane.

The beaver has an extensive feature list, with major highlights of Thranda’s now-infamous configurable instrument panel, an intricate fuel system and an “advanced” FMOD sound set.

Thanks to Threshold Discord member Janis for tipping us off to this news, fancy submitting some news we haven’t covered yet? Let us know our Discord server.

To purchase your very own copy of the Thranda DHC-2 Beaver, head over to the X-Plane.org store where it is available for the special introductory price of $34.95 down from $39.95.