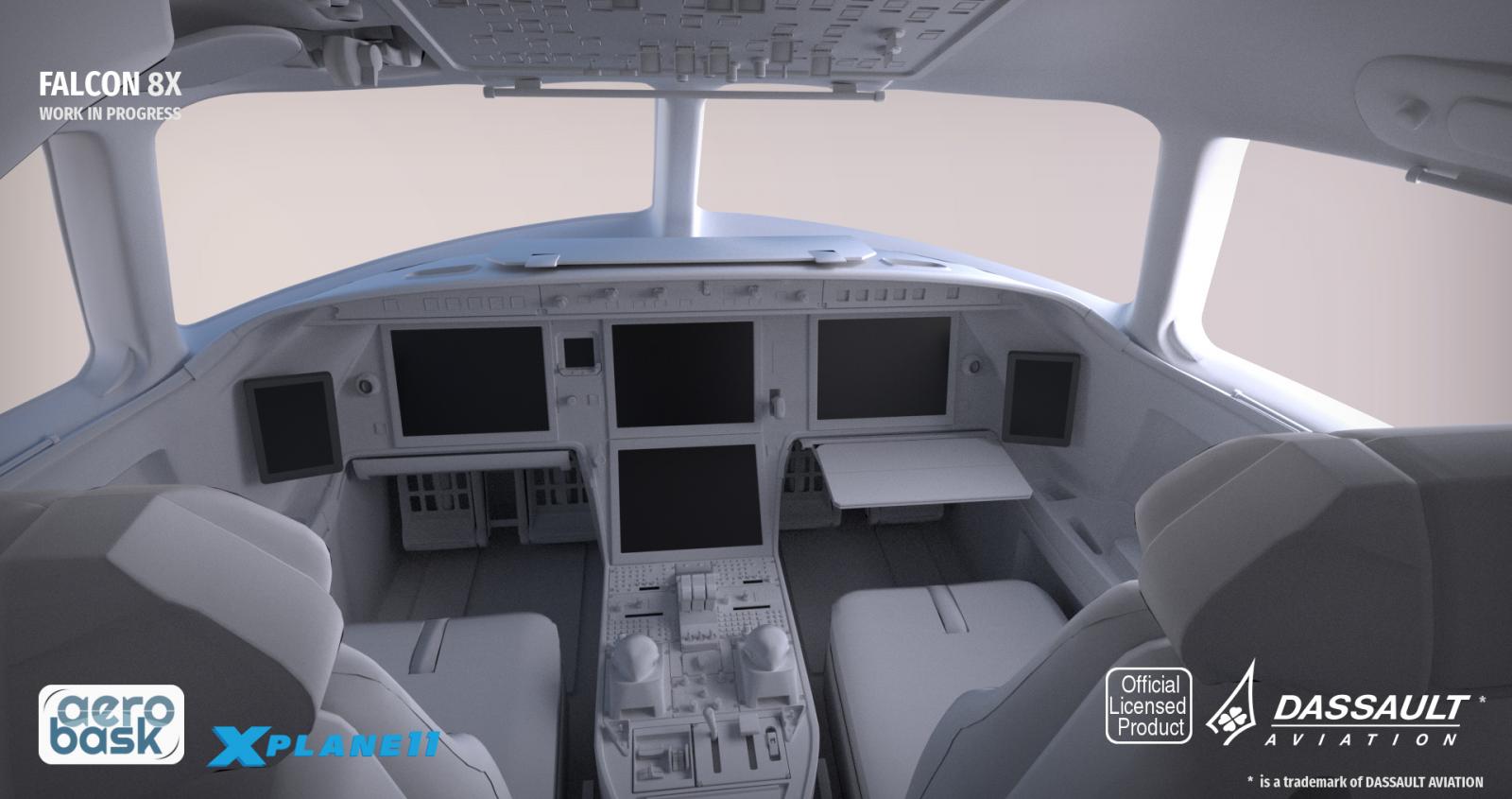 Last month, Aerobask announced the development of the Dassault Aviation Falcon 8X for X-Plane 11. Officially licensed by Dassault Aviation, the tri-jet is being made under the supervision and guidance of the manufacturer. More details regarding its announcement can be found in the announcement here.

Today meanwhile, sees the first previews of the systems to be included; to be specific, pop-out panels of the captain and first officer's Primary Display Unit (PDU):

The previews are located in the forum thread. An ETA of later this year to early next year was offered in the initial post.

Not too long ago, the developer also released their rendition of the Epic E1000 G1000. To discover more about this aircraft, check out our review of it here.