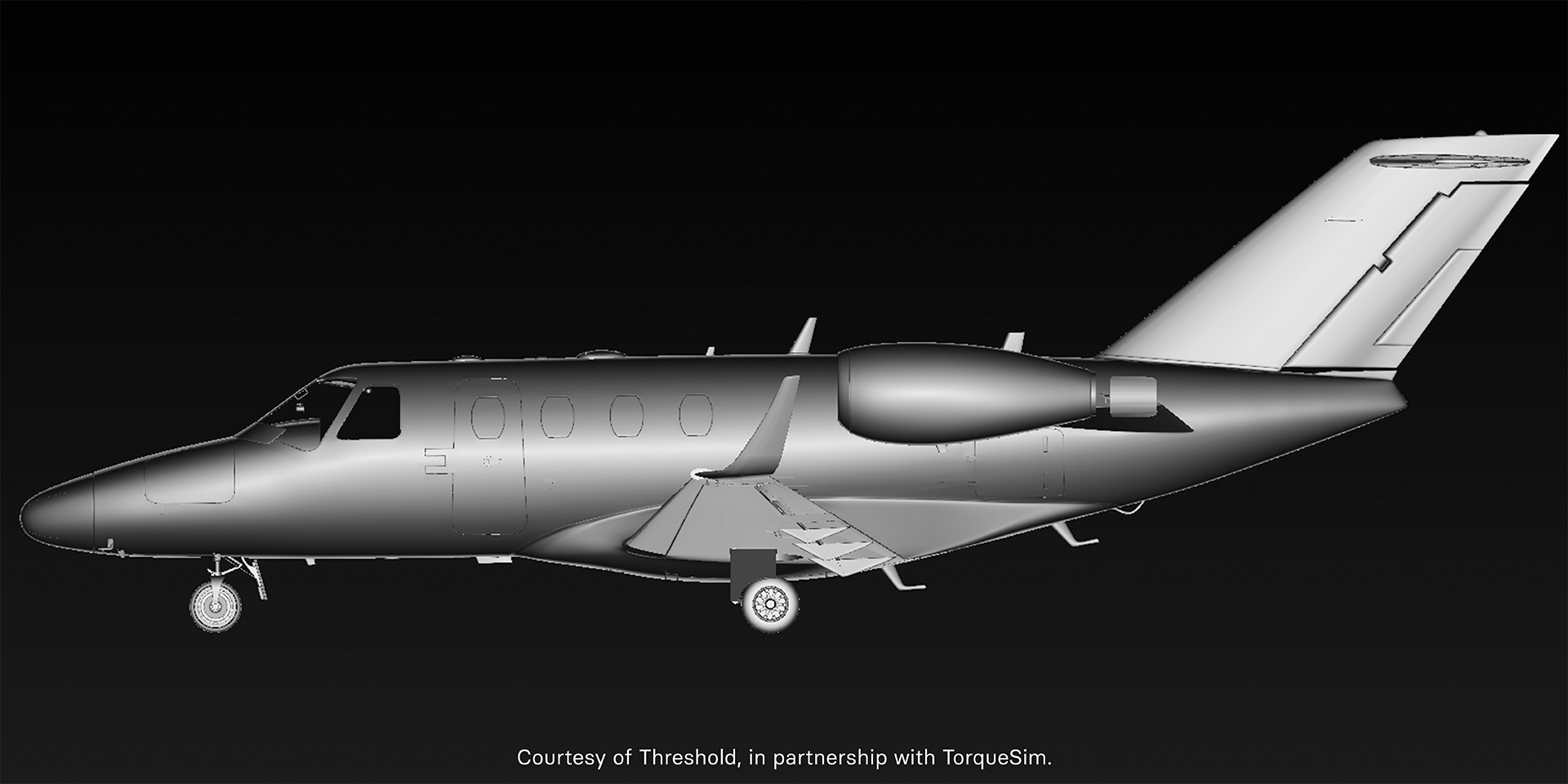 TorqueSim, who are working on their rendition of a Cessna Citation 525A, have today given Threshold the honour of showcasing the development of their business jet, in particular the 3D model of the aircraft.

The Cessna CitationJet is a light business jet produced by Cessna, with more than 2,000 examples built. Its first flight was in 1991. The model TorqueSim are rendering is that of the CitationJet 525, and below, are work in progress renders of its development:

The model shown in this article has steam gauges as instruments. A Garmin G1000 expansion pack with a medevac and military variant will be made, once the base model is complete. Some interior renders of the aircraft:

Additional previews can be found in TorqueSim's Facebook group here.

TorqueSim is a joint venture between Advanced Flight modelling (AFM) and Attitude Simulations, with their Pocket Rocket on final approach. More news about the Pocket Rocket aircraft here.

The TorqueSim CitationJet 525 joins this week's lineup of business jet news, which includes the announcement of the Falcon 8X by Aerobask and licensed by Dassault Aviation, and RWDesign's announcement of his Citation Mustang.