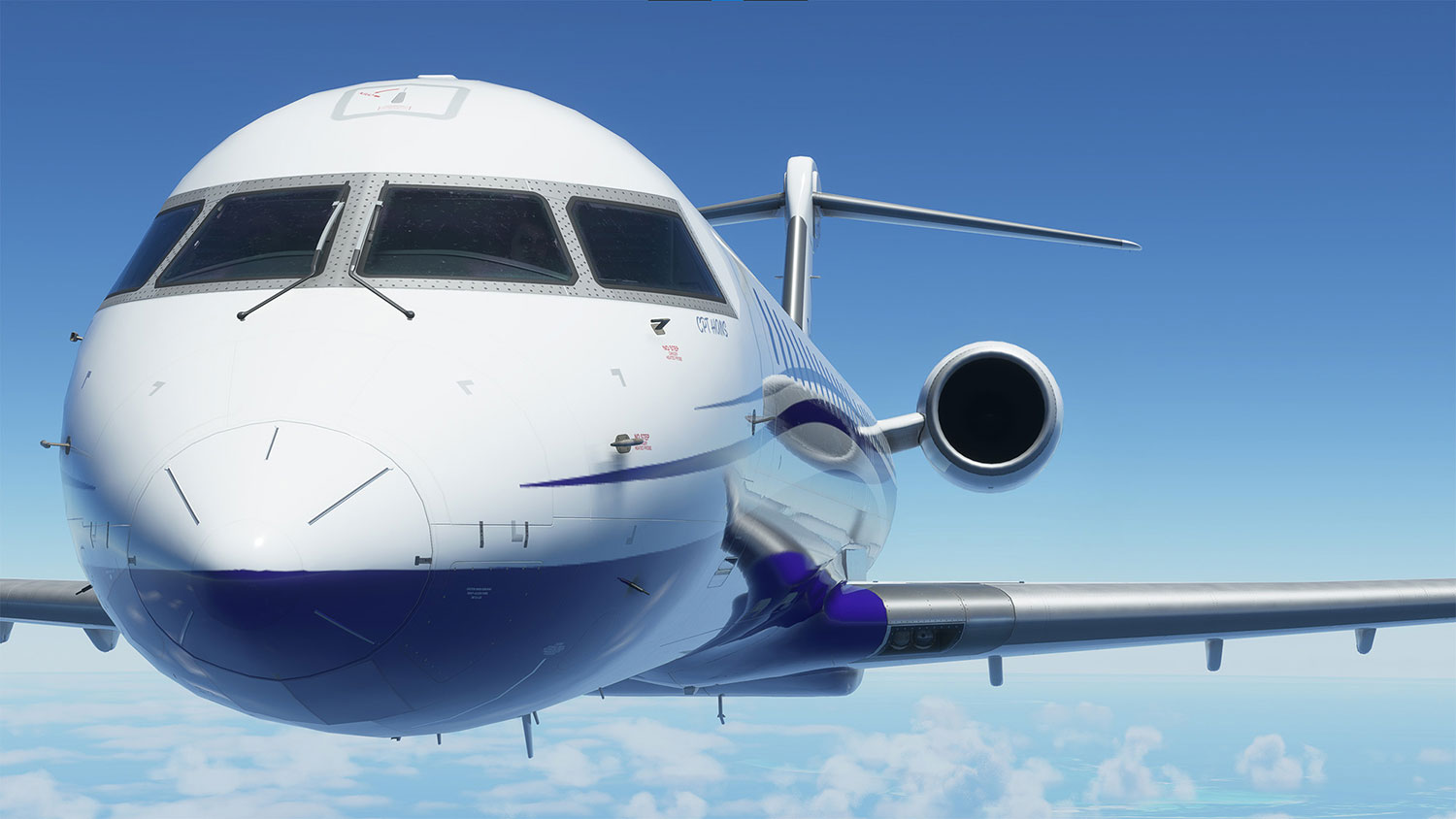 Aerosoft has finally released their CRJ 900/1000 Extension to their base CRJ -700/550 simulation, the first comprehensive aircraft simulation in MSFS. Announced earlier in the middle of this year with pricing information confirmed at the end of last month, the extension adds two new fuselage lengths to the existing -700/550 variant.

The release of the Aerosoft CRJ near the end of March this year was a pivotal moment in the new simulator franchise’s timeline, namely it is practical proof that the simulator is capable of introducing complex airliner systems, and fills in a big gap for a detailed regional jet in the sim (and is a welcome addition to the simulator’s add-on catalogue, as there’s almost nothing solid to fly with). The aircraft’s nimble but performant design allows virtual pilots the affordance of commercial flying, with realistic short regional flights being made possible.

With the introduction of the expansion package, Aerosoft now offers three pricing tiers, the first one is the base package that costs 42 euros and includes the -700/550 variants, the complete modern CRJ family that includes the -700 to the -1000 is priced at €58.82, and for those who already purchased the base plane earlier on can grab the extension alone for €16.80. All of these pricing does not take into account VAT.

For more pictures and media and to purchase the extension, visit the product page on Aerosoft’s Store, likewise for the other aforementioned packages:

Purchase the Base Package

If you’re still pondering if the CRJ is a worthy purchase, check our media review (hint: it is). As per usual, Threshold will stay in the loop so you don’t have to!