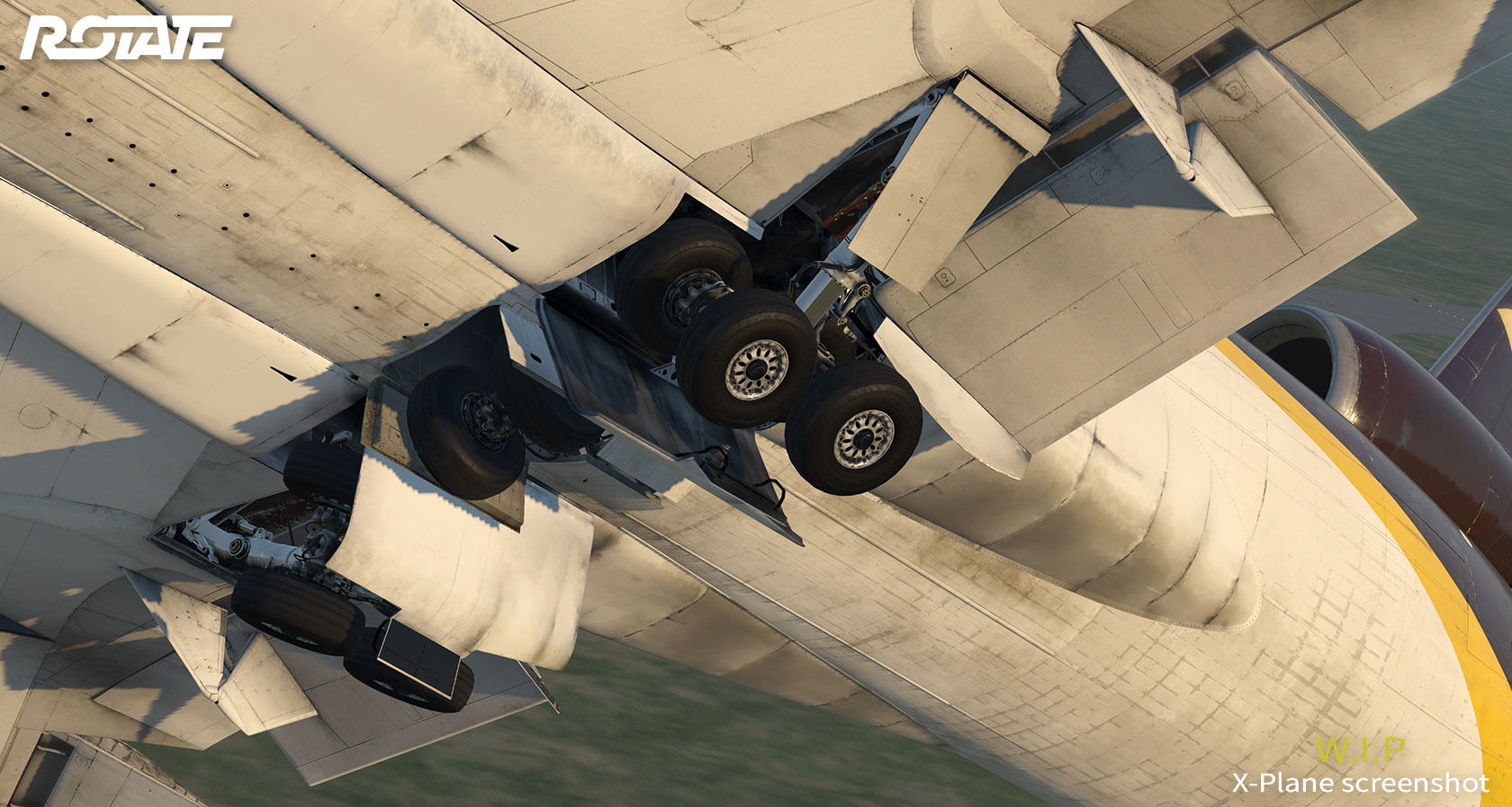 Over on their blog, Rotate has shared all-new previews of their hugely anticipated upcoming MD11.

The screenshots shared today mainly focus on areas including the landing gear, but the underwing engines can also be seen.

Also shared in the post was a small progress update, the team wrote:

"We have also made progress in the flight model and performance, and this week we start doing a series of flight tests. Exciting times."

The community has been anticipating the Rotate MD-11 since its announcement over 3 years ago now, in May 2017. Since the announcement, previews have slowly been trickled out by the developer, which have been released mostly on a quarterly basis.

Previous systems to have been shown off by the team at Rotate include the electrical systems, air systems, fuel systems and the FMS. Multiple exterior previews have also been shared by the developer over the past years.

Rotate’s other addon, the Rotate MD-80, was also recently updated to version 1.43. The update to the aircraft added many new features including support for the popular AviTab plugin, you can find the full changelog the update in our previous article.

You can find the original post with all screenshots on the rotate blog.

Threshold will be sure to be the first to let you know of any new updates in the MD-11 project.

Join the Threshold Discord to join the discussion with other X-Plane users and developers.