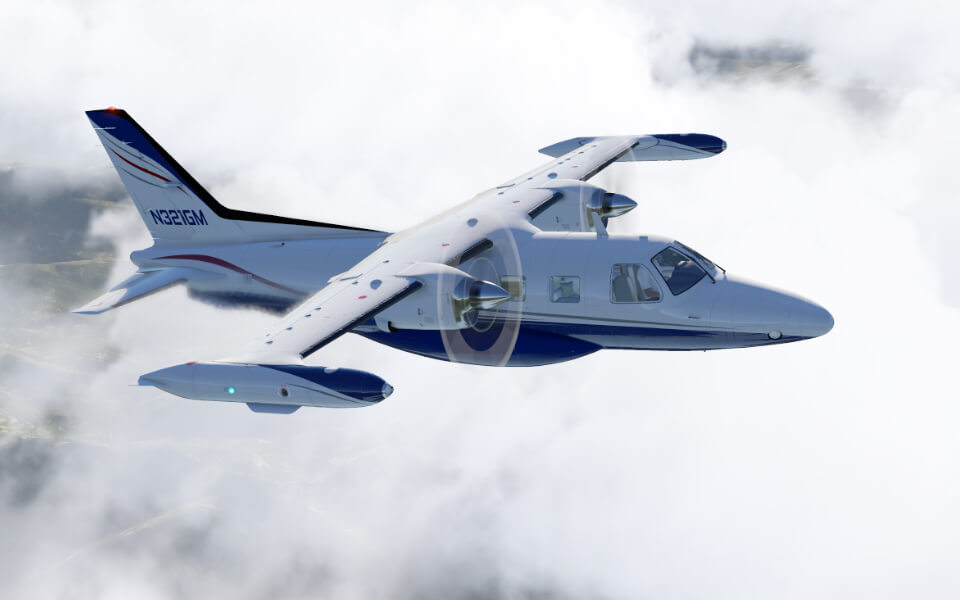 TOGA simulations first released the MU-2 Marquise in 2008 to the X-Aviation store, and quickly it became a favorite aircraft to many. A fast, sleek, and funky-looking general aviation airplane… what more could you want! At the time it was sufficiently detailed and good looking all things considered but as the years have gone on, the MU-2 was sort of left behind and forgotten about, until now that is! To the excitement of the flight simulation community, TOGA simulations has released the Mitsubishi MU-2 Marquise version 2, a complete rebuild from the ground up bringing it into the world of modern Flight simulation. The MU-2 is available for X-Plane 11 with a free upgrade for X-Plane 12 on release. The MU-2 Marquise was manufactured from 1963 until 1986 making it not only Mitsubishi’s most successful aircraft but also Japan's most successful aircraft ever produced. In total there were 702 aircraft manufactured between Japan and the production plant in San Angelo Texas.

The download size from the X-Aviation store website is approximately 12MB in size, making it a nicely compressed little package that won't be too difficult to download. Aircraft installation is extremely straightforward and painless thanks to the X-Aviation store installer program. Simply point it toward your X-Plane 11 folder and it does the rest. Installed, the MU-2 is approximately 1.14GB in size, so it's not going to fill your drive.

The exterior modeling of the MU-2 Marquise is stunning, when comparing it to the real aircraft you can see just how precise and in-depth the model is. The TPE-331 engines are faithfully recreated in excruciating detail and in my opinion, will leave you drooling.

The level of detail throughout the external model is breathtaking all the way down to the landing gear which has been recreated beautifully. Using reference photos, we have seen that the aircraft is matched in extremely close detail. Striking is the performance of the aircraft even tho the detail is so rich. Compared to similar aircraft the MU-2 boasts around 60-70fps on a clear day with my system, I have compared this by placing something small and light like the v’flyte Piper Cherokee 140 original in the exact same conditions beside it and although that aircraft is also well optimized, I noticed a reduction of around 15fps. Hats off to the team at TOGA for optimizing the aircraft so well to give great performance and not have to compromise on good looks.

Similar to the exterior, the interior of the MU-2 has been recreated beautifully with stunning texture work. The cream and white cockpit interior is stunning and will without a doubt have you staring in awe. The built in Avitab tablet is beautifully modeled to give the feel of a real iPad. It sits in its holder perfectly and can be moved down into a pocket beside the captain's seat and switched off if it is not wanted. In my opinion, the only part of the cockpit that is lacking is the cockpit seats which to me look a little bland.

The MU-2 Cabin has also been recreated very well, it boasts a very 70’s style interior with full interaction including a door that can be opened using the handle, fold-out tables that operate, and cabinets that open and close in a realistic fashion. This may sound trivial but it does serve a purpose, When entering the aircraft your keys are stored in the cabin cupboard along with your headset a nice touch is to be able to open this up and take your keys and headset out.

Now we dive into the more technical stuff, the systems! The MU-2 systems have been recreated by the developer. All the electrical buses and switches are simulated including each and every circuit breaker. The SPZ-500 autopilot system is recreated in the most realistic way possible and functions fantastically.

The aircraft comes with various instrumentation options, It has full support for the RealSimGear G500 which is available separately from X-Aviation.com. Included with the MU-2 as would have come from the factory is a standard six-pack with a Garmin GNS 430 and 530. For those of us who enjoy flying with the RealityXP GTN750, TOGA simulations have confirmed they plan to implement this in the near future.

TOGA has recreated the flight characteristics of the MU-2 fantastically. From the moment the wheels of the aircraft leave the ground to when it touched down, feels perfect and in line with what you would expect of the MU-2. I have noticed a drawback on the ground when maneuvering or taxiing the aircraft, the throttle control is very twitchy and difficult to manage. Many customers noticed this and took to forums to enquire and TOGA simulations very quickly came up with a solution for this which is now confirmed as being in the works and can be expected in the near future.

The Mitsubishi MU-2 is probably best known for its distinctive sound, one of the loudest general aviation aircraft there is, to some it can be seen as annoying but to true aviation lovers, we all know it's one of the sweetest noises on this earth and those who have been lucky enough to hear an MU-2 in person probably still think about it. I’m delighted to say both inside and out TOGA have recreated the sounds perfectly. If you are taking your new MU-2 cross country or on a long-distance flight, it's nice to know also that located just behind the right-hand seat is a functioning headset that can tone down the noise a little.

Overall the user experience with the MU-2 is great! It has all the external interaction we have come to expect from aircraft such as chocks, pitot covers and engine covers. These can be interacted with using the click spots outside or through the handy menu that is provided. This menu can also be used for things like checking the aircraft's batteries, Adjusting fuel levels, and other customizable options.

I mentioned previously just how impressive the performance is from the MU-2, but I feel as though it needs to be mentioned again. This is without a doubt one of the least performance intense aircraft available for X-Plane 11, it uses a remarkably low amount of resources making it beautifully smooth.

The aircraft is available at X-Aviation for a reasonable price of $54.95, to me, this is a fair price and is equal to most in-depth general aviation aircraft available for X-Plane 11. The fact that the aircraft will receive a free update to X-Plane 12 reaffirms to me that the price is reasonable. 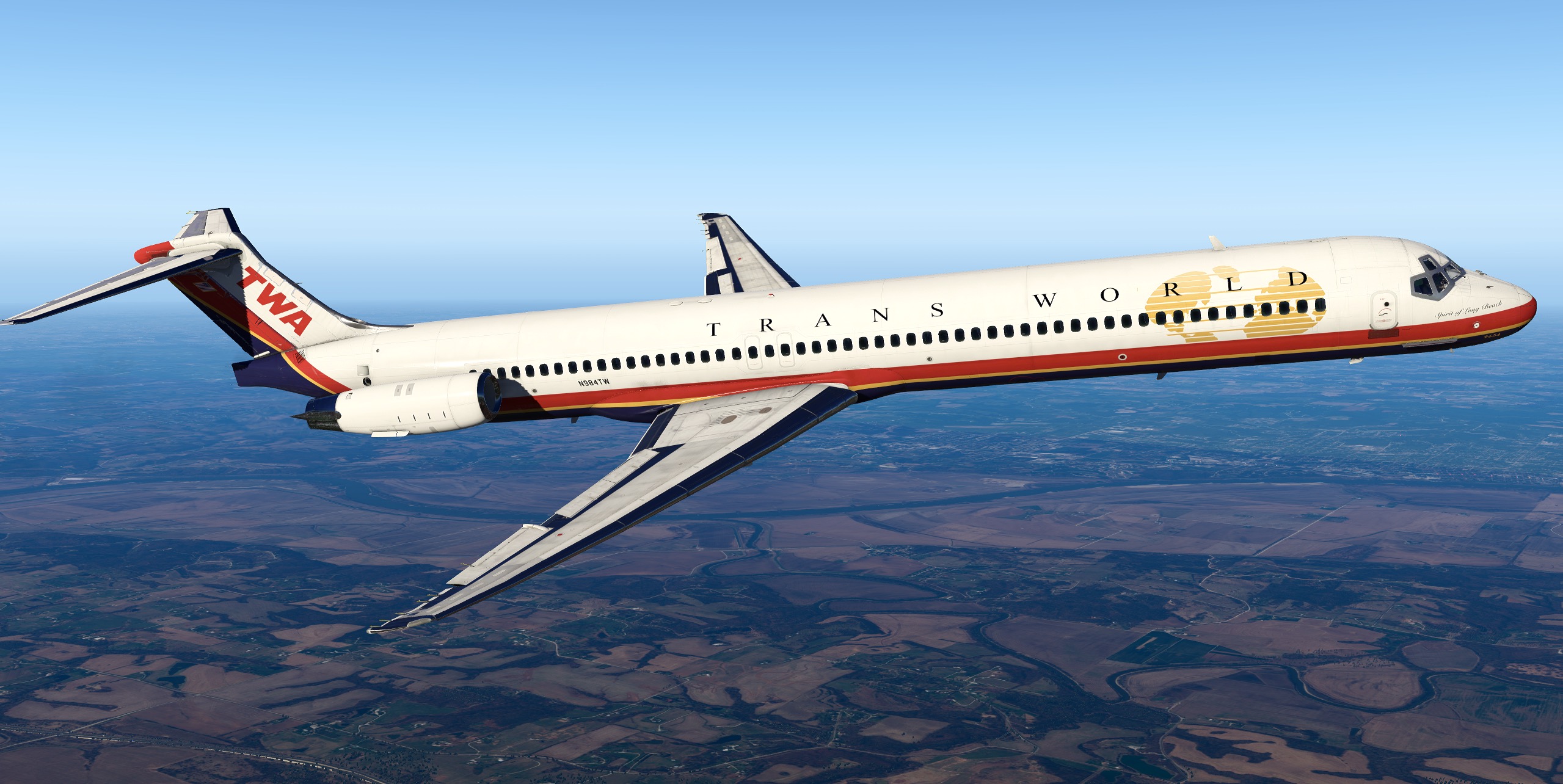 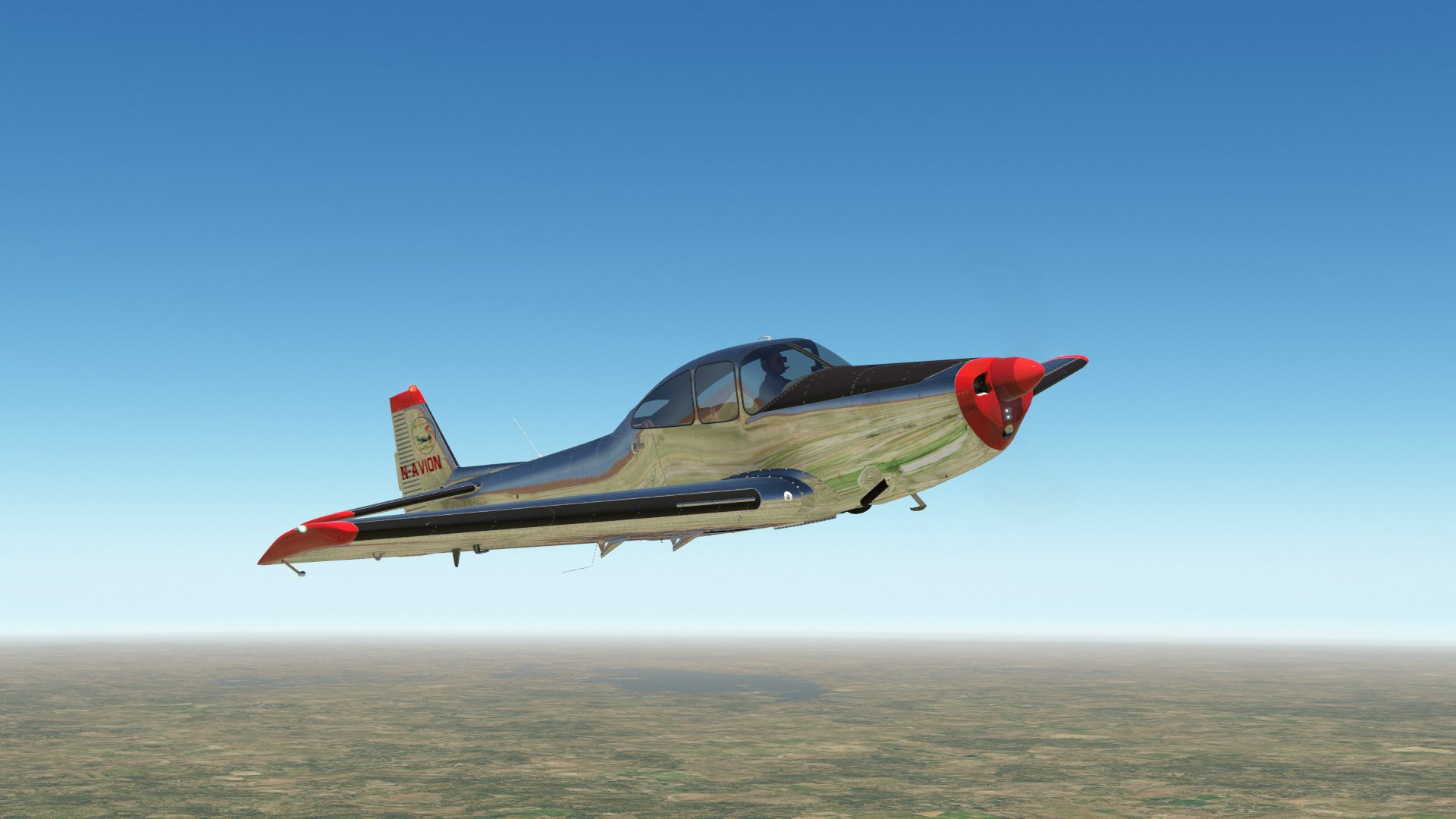